Favourite books of the year - a selection by authors

Inklings Press called out on Twitter for authors and followers to suggest some of their favourite books that they have read this year - so to bring them all together in one place, especially with Christmas upon us, we round up the suggestions in this blog post. Inklings Press authors also suggested some of the writers they have discovered this year that they want to read more of next year. We'll update this post with further tweets or notes from our authors as they come in. 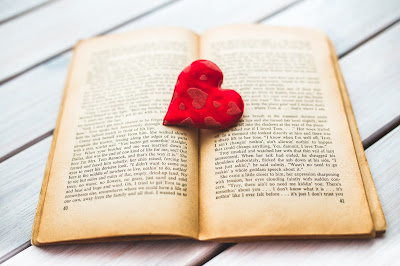 What has been your favourite book that you've read this year, and what was it that you loved about it?

Brent A Harris: I’m going mainstream as, Suzanne Collins’ Hunger Games was my favorite book by far this year—with the caveat that I’ve had to do a lot of non-fiction reading lately, mostly for research. I haven’t read fiction nearly as much as I’d like. Collins’ writing is clear, crisp, and on point. It might be a YA book, but she doesn’t patronize her audience, which I feel many YA authors have done. It’s an excellent case study for any author writing a book: her lead character is compelling, the writing is engaging, and she follows every rule of literature that we all hear about but love to break because we want to be, ‘artistic.’ The most important thing I learned from a rather enjoyable case study is that you can write a complex book with only 1 POV and still tease out what other characters might be thinking without breaking your character’s perspective. While the films are great, and pretty faithful to what I’ve read so far, I recommend every writer read Collins to see a textbook example of good writing. I’ve started, Catching Fire and will finish the trilogy out by the beginning of 2016.


@InklingsPress Two books could not put down: #YA, Written in the Stars by Aisha Saeed & Mrs. John Doe by Tom Savage #inklingsfaves
— Lisa A Wroble (@lisawroble) December 18, 2015

@InklingsPress I met the authors at #tulsacomicon and their personalities and displays drew me in, while the story blurbs finished the job.
— Hannah Gordon (@hannahgordon0) December 18, 2015


Alei Kotdaishura: This one was rather difficult. I've beat my own reading record but still, many of them left me with a "not excellent, good... but not great either" feeling, some even with a "meh, whatever" feeling. I thinkg I'm between Christopher Paolini's Inheritance Cycle and Goran Petrovic's The Hand of the Good Fortune. Paolini's is a high fantasy story, with magic, elves, dwarves and dragons. I loved the way the author details the world and the characters involved in the story; the characters are complex in their actions and emotions, so they are easy to bring to life. Also, there is action, which settles a nice pace in the story. Petrovic's is rather hard to describe. I can't tell you much about the plot without giving spoilers, so I won't even try. The plot develops slowly but it makes you want to keep reading, trying to figure out what is going to happen, and whether there is a point to everything that happens. The book jumps from past to present once and again, and it keeps switching characters, while you piece everything together. It's not an easy book to read, but I enjoyed it in the end.

@InklingsPress An old book however rereading it this year spoke to me at the level I needed. Illusions by Richard Bach. #inklingsfavs
— Carly Monteith (@MonteithCarly) December 18, 2015

@InklingsPress For me, my book of the year is definitely Malus Domestica by @authorsahunt, rollicking #horror read. #inklingsfaves
— Stephen Hunt (@chippychatty) December 18, 2015

@InklingsPress The opening chapter is as great a hook as I've seen in a long time but it's the lead character that really makes it sizzle.
— Stephen Hunt (@chippychatty) December 18, 2015

@InklingsPress A cool-as-hell shaven-headed video blogger who uses her vlog as a cover for hunting witches. Nails it.
— Stephen Hunt (@chippychatty) December 18, 2015

The author of Malus Domestica, S.A.Hunt, also joined in after that recommendation:

.@chippychatty @InklingsPress I guess I would have to say @ChuckWendig’s Atlanta Burns. Feel like he really understands Appalachian poverty.
— Hunt Solo (@authorsahunt) December 18, 2015


Chuck Wendig also responded but very diplomatically said it was too tough to choose just one.

Christopher Ruz in his Q&A with us, when asked what he was reading at the moment and what was his favourite book of the year, said: I'm reading Chuck Wendig's Zeroes at the moment - I'm on a real Wendig kick at the moment, but as soon as I'm done I'm going to reread one of my old favourites, Alfred Bester's The Stars My Destination. The best book of 2015 is, no question, S.A. Hunt's Malus Domestica. It's a modern horror story about witch hunting in the south, and it's goddamn terrifying.

@InklingsPress just one book Is hard...favorite series is easier. The Book of Lost Doors series by @MishaBurnett is my favorite this year.
— Mike Wolff (@metallicwolff) December 18, 2015

And one from a fan we could just hug!


@InklingsPress Sense & Sensibility by Jane Austen and Tales from the Mists by you guys.
— Kitlexz (@kitlexz) December 18, 2015

@InklingsPress Abomination by @garywhitta & That which should not be by Brett J. Talley. Also both of our anthologies *shamless plug*
— Master WingedLion (@Winged_Leo) December 18, 2015


That last one is Ricardo Victoria, who expanded on his answer by saying: Abomination by Gary Whitta. First because it’s a mash-up of two genres I enjoy, well three genres: fantasy, Lovecraftian horror and historical fiction. It is a great mix of elements that don’t feel forced at all to develop a rich dark fantasy story, with a decent worldbuilding and all of it in a single tome, a rare sight in these days of multiple doorstopper sagas. It is a great example of economy of writing while engaging the author with fluidity, suspense and the right beats. I just love it. Second, I liked that it was a very professional self-publishing work that proves that you can do it right with the appropriate amount of acumen and hard work. Helping independent authors is a must these days and you can find jewels knowing where to look. This book has become my benchmark on how to tell an engaging story in a single volume with great worldbuilding and yet leaving plotlines open for a second story. And as an aspiring writer, I feel that is useful.

In her Q&A, author JR Bryant had said: WOW! A favorite book from the past twelve months… Totally out of sync with what I normally read, I was introduced to the Monster Hunter International series by Larry Correia. While MHI is totally monsters (and scary ones at that) and a lot of weapons porn, I fell in love. It is well written and the characters are easy to get into. Currently, I am reading three separate books/series. My daughter and I are reading the Percy Jackson series by Rick Riordan. I am re-reading the entire Anita Blake series by Laurel K. Hamilton in anticipation of her new book Crimson Death. And I am also reading The Fate Series by S. Simone Chavous (as it came highly recommended).

@InklingsPress @monsterhunter45 It's still in my top 5. I love the series. I just finished it. Now I'm wrapping up Dead Ice by @LKHamilton
— Fyre Dancer (@JRFyreDancer) December 18, 2015

In her Q&A with us, author Lydia Sherrer said: Currently I’m reading “A Discovery of Witches” by Deb Harkness. I picked it up because a friend compared it to my series. It’s wonderful so far, but has a very different magic system. So far this year, I'd say World War Z (the BOOK not the movie). That book is a spectacular, realistic look at how world societies would react to a global zombie apocalypse. It is intensely riveting, fascinating, and delves deep into human nature and psychology.

In splendidly cheeky fashion, Gareth Davies chipped in with:

@InklingsPress the Handmaid's Tale by Atwood, and Etgar Keret suddenly a Knock on the Door, not published this year but read this year.
— gareth davies (@reasons4) December 18, 2015


@InklingsPress I think mine was Predator by @1pcornwell or Rosemary and Rue by Seanan McGuire. Haven't gotten around to yours though!
— Jennifer Becker (@JeniBecks) December 19, 2015


Author Renee Scattergood in her Q&A with us said: My favorite this year…wow that's a hard one. I've read so many books I loved. When I'm in full blown reading mode I can read two or three novels (sometimes more) a week and I average about sixty a year. I'd have to say my favorite so far this year was The Omen Machine by Terry Goodkind. I just love his books. They're the exact right amount of dark, mysterious and creepy for me.

So what about writers that authors have discovered this year that they are looking to read more from next year?

Alei Kotdaishura: Maybe Laini Taylor. I read the Daughter of Smoke and Bone series and, although I didn't love the story itself, she writes with some lyricism that leaves you feeling like you ready poetry instead of prose, which makes the story more intense at the key points where she actually needed to transmit feelings. Like I said, I didn't love the story. Maybe it was because I had a hard time imagining the characters, maybe it was because she took about a book and a half (out of three) to show where the story was going, but I'd definitely try reading something else from her.

Brent A Harris: No, but it’s on the agenda next year as I won’t need to do nearly as much research reading. As an indie author myself, my goal is to not just read, but to connect with other indie authors. I just recently heard about alternate history indie author, Christopher G. Nuttal and I downloaded his latest book, Storm Front: Twilight of the Gods. Of course, he’s been writing books for many years, so I’m late to the game. But I’ll be starting off the New Year with this book and wanted to give him an appropriate shout-out. There are many other books I want to read by fellow authors I’ve made a connection with over the last few years. I’ll be reading as many as I can. So thank you, writers, for the enjoyment you’ll be bringing to my shelf (or kindle).

Leo McBride: Jen Foehner Wells. I read an anthology of sci fi recently called Dark Beyond The Stars (review here) and there were a number of writers in there that I hadn't read before. Annie Bellet is one I'd like to read more from, but the standout story in the collection for me was by Jen Foehner Wells. In a short story, she managed to juggle questions of motherhood, family, usage of gendered pronouns, what you would do for those you loved, and all in a fascinating sci-fi setting. I haven't picked it up yet but I'll be snagging her novel Fluency once I'm through the books I'm reading right now.

Ricardo Victoria: Well, Gary Whitta, albeit he is working in a movie right now that I plan to watch, so dunno if he will publish another book soon. I have heard good things of Chuck Wendig so I’m planning to get his Star Wars book. More than just authors, I’m planning to get more Star Wars novels, like Lost Stars. Also, while he is not a new writer, I would like to read Terry Brooks and his Shannara setting, since the TV show is coming. And of course I would like to read more from my co-authors at Inklings Press, since right now Stephen and I have a contest to see who finish first our respective novels and I’m working my way through Brent’s novel.