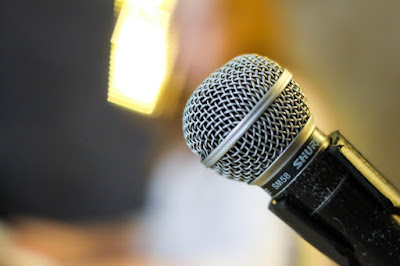 The arrival of the end of the year sees my podcast review column reach its first anniversary. It's carrying on next year, of course, but for 2016 I'm planning on adding a new strand to the coverage.

Mirroring the Q&As with authors that have been featuring on the blog, I'll be introducing a series of chats with podcast hosts about what they do, what inspired them to do so, and their best - and maybe worst! - moments. The Q&As will feature principally here on the blog but may also feature in the newspaper as and when needed. Because the podcasts are likely to feature people from a wider area than the newspaper circulation zone, though, it'll chiefly be a blog thing.

Just as with the author Q&As, there will be a long and arduous process of applying to feature in such a blog. The process is as follows: 1 Say hey, can I get in on that? 2 The process ends.