A Q&A with author J.R.Bryant, creator of the Krystianna Aramis series

Inklings Press has a chat with J.R.O'Bryant, author of the Krystianna Aramis series of supernatural novels, the first book of which is available on Amazon.

Hi J.R, and welcome to the blog. First of all, for readers, a quick introduction – we met you through Twitter, that lovely little social media delight and bane that both entertains us and keeps us from our writing! You seem to have something of a dark mischief about yourself! And that sounds like it carries over into your first novel, tell us a little about Cold Crypt Cellars. 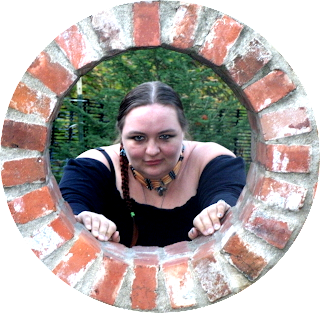 Well, Cold Crypt Cellars started as a writing prompt, actually. It was supposed to get me in the headspace to write something new. What I didn’t realize is that it would take on a life of its own and take over my life for the following six months. The book takes place in the Heart of Columbus. It’s a little dark, a little twisted, a bit sexual, and bit violent…kind of like me. (She says with an evil grin! - Ed) Vampires, lycanthropes, magical creatures and Fae all come to life in this book. It’s Krystianna’s first adventure and I hope that there will be many, many more to come.

What genre would you place your work in, and what draws you to that genre?

I think the genre title Dark Fantasy fits really well. While Krystianna’s story is obviously fantasy, there are some darker, more sinister elements to it as well. There is an element of something simply not nice about it, but in a good way. I think I was drawn to this genre because it is so easy for me to relate to. I follow a darker path in some ways and it this genre that allows me to indulge in the darker parts of my mind as well.

You're writing the sequel at present, I see (and more power to your typing fingers!) - with writing a series centered around Krystianna, do you find yourself being drawn more and more into her character as you go? What is it about her as a character that you personally find so compelling?

Krystianna devours me heart and soul when I write her. The more I get into her character, the more obsessed I become. She is an addiction for me. I love the way she thinks and the fact that even though she is a centuries-old vampire, she has some very human glitches and flukes. As a character, she steals your heart and makes you fall in love with her and her world. Even as her “slave of the written word”, I find myself going back and reading her story just to fall in love all over again. One of the things I find most compelling about her is her lack of inhibitions and her openness to love and life in general. Krystianna embraces everything that is thrown at her and keeps coming back for more. 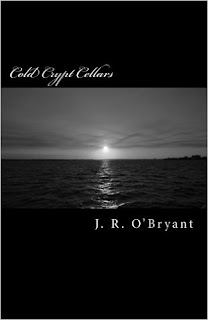 The first book sees the vampire heroine at a convention... are you a convention-goer yourself, is that what inspired the setting?

I love conventions. My favorites are DragonCon, GenCon, and ComicCon. I frequent others but those three rock my world. My love of conventions actually just made writing Krystianna into one a bit more fun. I thought for her first adventure it would be interesting to see the supernatural world do something so utterly human.

You say you've been writing since high school but only recently worked up the nerve to get published – what was the spark that drove you to take that next step?

I think part of the drive to get published was and is my love of writing. I had published some of my poetry, some short stories and what not. I had been writing commissioned dark fantasy, horror, and erotica for years. I started writing Cold Crypt Cellars and I realized that I wanted nothing more than for this story to be shared with anyone and everyone. I remember the night I finished editing my final copy. I literally cackled manically and ran through the house screaming, “IT’S DONE! IT’S BLOODY DONE!” I realized that there was no way I could not publish it. It had to be done. And so I did it. *smiles*

You self-published through Createspace – how simple did you find that process? And is that the way you plan to go with the sequel?

Createspace really gave me the freedom to design my book the way I wanted it presented. They opened the doors for me to design my own cover, do my own editing and tweaking, and basically format my book in a way that I wanted without anyone to argue against me. It was a really easy and very freeing process. As for my sequel to Cold Crypt Cellars, Behind the Masque, I think I want to go the tradition route and work with a publishing team. I think both Krystianna and I deserve the accreditation of not doing it on our own for once. (If that makes any sense?)

I love what you've done over on your Facebook page, putting up pictures of wardrobe inspiration for your characters – with some fabulously gothic costumes on there! How much does the aesthetic of costume and design play into what you're trying to do in your writing?

All my characters have a certain “flair for design”. While Krystianna is more than happy in jeans and a tank top, she also likes to put on a good show and so do her friends, lovers, and staff. I think one’s personal aesthetic with their wardrobe can say a lot about one’s character. And I honestly love playing dress up with my characters. I try to blend the old with the new in my books giving the older characters a taste of classic with modern influences. Kind of a “Goth Chic” feel, if you will. I hope by adding all the costume details, it helps the reader more visualize the characters in their individuality.

I suspect if I asked you to list the authors who inspired you that might be too constraining – would I be right if music and film are also big inspirations? As an author, who would you list as those inspirations?

Wow. Okay loaded question. I will try to answer this as shortly as possible. The two main authors that inspired my love of vampires and otherworldly creatures are Anne Rice and Laurel K. Hamilton. Trust me, there are a thousand and one other authors that have influenced me over the years, but I’m trying to keep this short. *grins* Music is a HUGE inspiration for me. Each of my main characters has their own theme music that I listen to. For example, Krystianna’s musical muse is almost always Muse. While other characters have influences such as Puscifer, Masters of Chant, and Lindsey Stirling. As for film… shall I be utterly cliché and say Interview with a Vampire? I also love Lost Boys and Bram Stoker’s Dracula. Some of my real-life inspiration comes from the Psychic Vampire Community and vampires like Michelle Belanger and Don Henrie.

Ha! There's no harm in an occasional cliché! That's a good, broad selection, though! As a published author yourself, what would be the best tip you could pass along for others in terms of what you've found most useful in getting the word out about your book to others?

The biggest tip I can offer for getting yourself out there is to hound the daylights out of social media. Facebook, Twitter, Instagram, Tumblr, even Google +. Social media is your friend. Also, talk to locally-owned bookstores, the small ones, about doing signings at their store. The local community loves to help each other out. Small papers and local news groups are usually willing to chat about your book if you return the favor. Put yourself out there, it’s a key to success!

Lastly, a combination question – what's been your favourite book you've read this year, and what are you reading at the moment?

WOW! A favorite book from the past twelve months… Totally out of sync with what I normally read, I was introduced to the Monster Hunter International series by Larry Correia. While MHI is totally monsters (and scary ones at that) and a lot of weapons porn, I fell in love. It is well written and the characters are easy to get into. Currently, I am reading three separate books/series. My daughter and I are reading the Percy Jackson series by Rick Riordan. I am re-reading the entire Anita Blake series by Laurel K. Hamilton in anticipation of her new book Crimson Death. And I am also reading The Fate Series by S. Simone Chavous (as it came highly recommended). 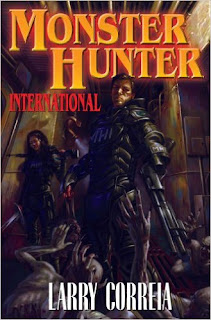 Thank you very much, J.R, and good luck with the sequel!

Thank you so much for this opportunity!

Cold Crypt Cellars is available on Createspace, and Amazon. J.R has a Facebook page for her company, Darkness Blessed Productions, and can also be followed on Twitter.