Meet The Author: EJ Dawson, author of Behind The Veil

Ejay Dawson is an author I've bumped into out in Twitterville, haunting the likes and mentions of tweets and being a supportive and encouraging part of the community. And she has a new book out!
Beginning a writing journey with an epic 21 book series, Ejay started her author career in 2014 and has taken on the ups and downs of self-publishing with her fantasy series The Last Prophecy since 2016. At the start of 2019, she put the series on the backburner to write Behind the Veil in 25 days, and signed a publishing contract for the gothic noir novel to independent publisher Literary Wanderlust.
She stopped by to chat about Behind The Veil, her writing career and more! 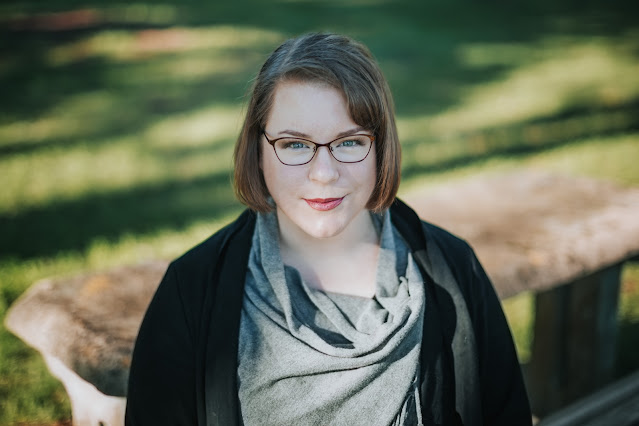 Hi, Ejay, tell us a little about your most recent book – what is it called, and what is it about? Give us your elevator pitch to make us fall in love with it!

I’ve recently released Behind the Veil, a gothic noir about Letitia, who reads the veil between life and death to give closure to war widows. But when her gifts are called up on to safe a young girl from her growing insanity, Letitia has to decide to risk her sanity to catch a killer.

What inspired the story?
Too much Penny Dreadful and a long time love of gothic romances thanks to my mother’s bookshelf. She had all those old romantic suspense books that I loved, but I wanted to add elements of the paranormal. Letitia came to me in a single afternoon and I sent what would become the first chapter to a friend, who informed me, and rightly so, that this wasn’t just a short story. 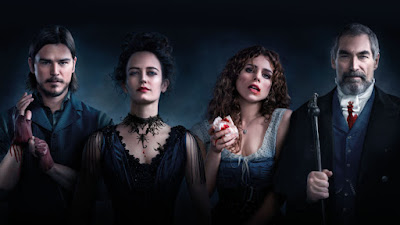 Too much Penny Dreadful? Impossible!
Never such a thing as too much Penny Dreadful! Without spoilers, what was one of your favourite moments of the story to write? What was it that made you enjoy that section so much?
For me it was the gentle unveiling of Letitia herself. The little glimpses into her past, how she herself was institutionalized, and how all of that came to be. I wrote the story in twenty five days not because I needed to but because I had to know how she came to be the way she was, and I didn’t know at the start.

As a writer, have you ever had a character grow to be a much bigger part of the story than you expected? Who was the character and what was it about them that made them emerge from the sidelights?
I absolutely have done this with my characters from my Queen of Spades trilogy. Two of the characters weren’t meant to become so important to the main character Ayla. The doctor of the ship, Kabe, and the android that was too perfect Casey. They didn’t just become their own characters, they developed a romance arc on the side of Ayla’s own with Leith that was delightful, fun, but intensely difficult give some elements of the story and how Ayla’s past affected all of them. 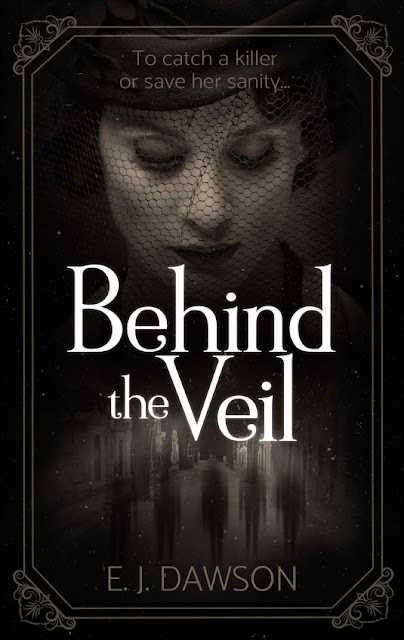 What are your favourite genres to read – and what is it about those genres that draws you in?
I love to read fantasy, scifi, romance, paranormal, you’ll find me steering very clear of the ordinary and I think it’s because I have a very active imagination. I’ve always been drawn to the otherworldly and the impossible. For me these don’t represent unlikely probability, so much as not here and not now.

What were some of your favourite books to read as a child? Which were the first books you remember falling in love with?
I’d grown up with good English fiction, the kind my mother read as a child. Enid Blyton and the Golden books. I loved those stories, but my deep seated love for horror came from R. L. Stine’s Goosebump books. I moved from a small country village with no library to a large country town and discovered them from a new friend. I promptly devoured them and then discovered young adult gothic romances.

Who are your favourite authors to read? And whose writing do you feel has inspired your own work most?
Terry Pratchett is one of my favourites and an all time staple. I’ve read and re-read all his books multiple times. I could name heaps of others but I think the writer was always within me, and it wasn’t a question of which writer made me what to be a writer, but rather committing to it and learning the craft when most people think its impossible for them. We all start somewhere, and learning any skill is about applying yourself. 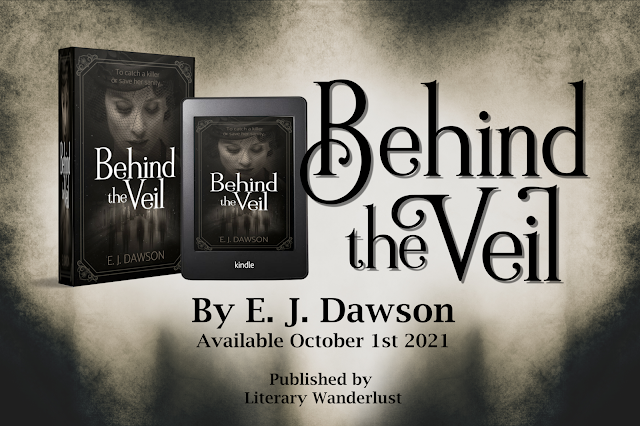 Ok, we’re waving the Altered Instinct magic wand. Your story is being turned into a movie – and you get to cast the main roles. Who do you cast for the leading characters? Bonus perk: Who directs?
I would absolutely pick James Wan. I remember loving the Conjuring because it was so subtly scary which is what I’ve tried to evoke. As for actors… I couldn’t pick anyone because I’d rather pick people who the role spoke to. I’ve always loved when you see a film with lesser known actors and they make the role their own, the develop the character into something beyond the page, and for me, that would matter more because they’d become the characters of my story, rather than just them playing themselves in my story. That would be the truer compliment.
Are there any particular themes you address in your story? What issues do you explore, overtly or otherwise?
There are a lot of underlying themes, one of which is the ability to say no. To choose to protect yourself, even if it means not doing what is “right”. One element of the story that’s been pointed out to me by readers is the way in which I’ve handled Letitia’s post traumatic stress from the events. I feel this has more poignancy as we come to understand why she might refuse someone asking for aid as the hero is normally the first person to say yes, which in this case, Letitia doesn’t. The ability to say no, because doing something hurts us, is to some an act of cowardice, and to others a matter of preservation and I wish there was more understanding around the strength it takes to say no.

A traditional question here at Altered Instinct – what are you reading at present, and what is the best book you’ve read in the past year?
The best book I’ve read this year has been Wings of Ebony by J. Elle – such a powerfully important book that we all need to read.
Thank you for visiting the blog! It was a pleasure to chat! 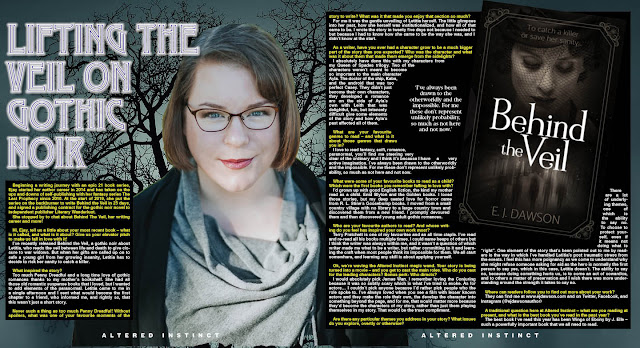 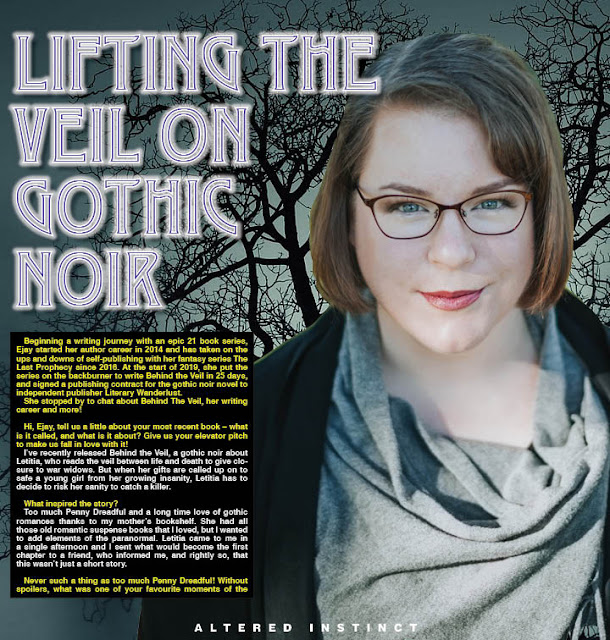 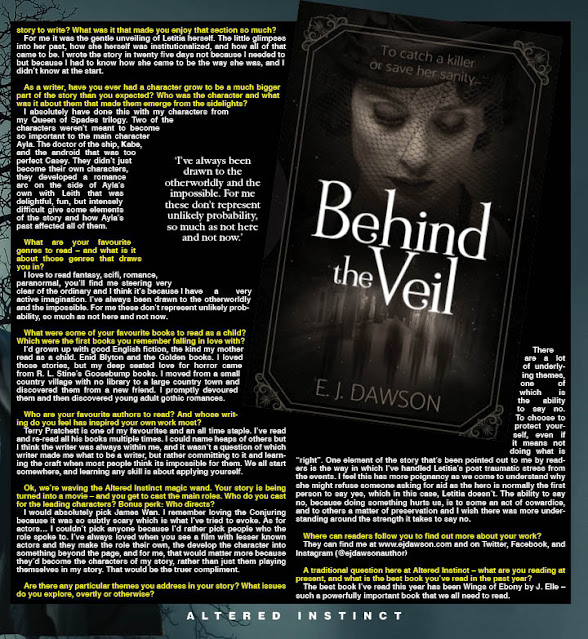