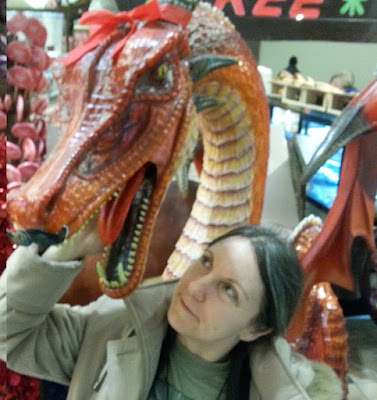 Diane Morrison describes herself as a Pagan, a speculative fiction author, a musician, a professional blogger, proudly Canadian and proudly LGBTQ. What she doesn’t say - but which is true - is just how supportive she is of others in the writing community. You’ll find her on podcasts, helping with events and... well, here, there and everywhere.

Her latest book was launched through Kickstarter - and she stopped by the blog to chat about it.

Hi Diane, and welcome to Altered Instinct! Tell us a little about your most recent book – what is it called, and what is it about? Give us your elevator pitch to make us fall in love with it!

A Few Good Elves is a dark blackpowder fantasy military SFF space opera. Picture the excitement and epic scale of a space opera – only with magic and Age of Sail ships in the stars. Picture the great battles of epic fantasy, with mages slinging spells and elven and orcish armies clashing over the fate of the universe – only in space. And I keep it grounded, despite all this craziness, in the gritty reality of combat. Be warned – I do not sanitize the violence. War is awful, and the people who fight are heroes because it is awful.

My story centers around Shaundar Sunfall, a mixed-race elf in a segregated, colonial society, who has a reputation as a bit of a troublemaker. He grows up on his father’s ship, so learns a love of starfaring early, and he aspires to be a Star-Pilot. When the orcs declare war, he and his best friend Yathar Goldenbough lie about their age and join up. They are inspired by the tales of glory they have been raised on. They discover that war is not the grand adventure they thought it would be. 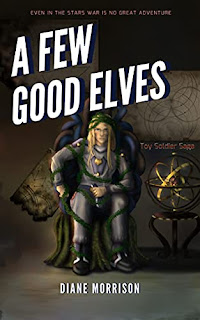 The Aces High obstacle course, hands-down, was the most fun in this book! The protagonist must successfully navigate an obstacle course in an asteroid field like a slalom race to qualify for entry into an advanced Star-Pilot’s school. It’s full of raw action, but unlike many action scenes in the story, there’s no violence involved. It’s a chance for the reader to see starfaring through a Pilot’s eyes, with excitement and joy. Describing the different challenges, and how Shaundar deals with them, not only let me really buckle down into how the universe works, but it let me show you a lot of important things about Shaundar as a character. It was a glorious moment.

Oh yes! Pay attention to a minor character in this story named Thersylvanna. He’s going to be significant later on in the series. I think the reason why is that in a story about colonialism, you’ve got to have a working-class perspective somewhere. Shaundar’s family is kind of on the outs, but he is nobility, and as such, his privilege colours the things he does. I needed a counterpoint to that.

Who are your favourite authors to read? And whose writing do you feel has inspired your own work most?

For this story in particular, I take a lot of inspiration from Lois McMaster Bujold, David Weber, and Patrick O’Brian, and they’re definitely among my favourites. I have also been influenced a lot by Stephen King. Other favourites include Mercedes Lackey, Anne McCaffrey, C.J. Cherryh, Margaret Atwood, Ursula LeGuin, and Octavia E. Butler, though I can’t say I write much like the latter three – I think they’re far better with a turn of phrase than I am and their language is beautiful.

Thank you for asking this question. You might get the impression from the description that this is just a wild romp through a fantastical starscape, but it is not. I examine colonialism, racism, war, loss, grief, friendship, loyalty, and duty. I suppose you could call this first book, which is only the beginning of a much bigger story, a bildungsroman as well. I feel that by putting these things in a universe that is obviously the product of someone’s imagination, it gives us enough distance to look at them critically, without letting our own existing biases get in the way. 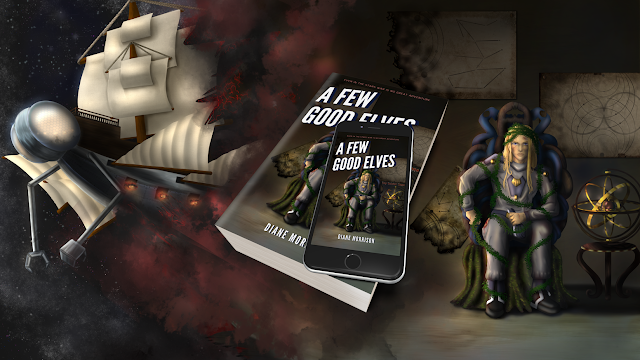 I’m a dyed-in-the-wool nerd. I play RPGs, and that remains my favourite hobby. I also write music from time to time, often about books I’ve read (they call the genre “filk,” and it’s a staple of the SFF community.) I craft and cosplay from time to time. I like to get outside and walk when I can, not that I’ve had much opportunity what with COVID and the fires over the summer lately. I also stream about writing and worldbuilding on Twitch, as well as play a live gamecast that is based in this universe.

This started out as a fanfiction piece in a Dungeons & Dragons universe, so in its first incarnation, I was publishing it a chapter at a time for the fan community. Ten years later, one of the community members looked me up, joined my Patreon, and demanded, “Are you done yet?” That inspired me to get my butt in gear and finish the changes I’d made to set it in my own universe. Knowing that someone still wants to know how the story ends a decade later… that says to me that I am doing my job as a writer, and that this is what I’m meant to do.

I’m doing the final edits for book 2 of the Toy Soldier Saga, called To Know Your Enemy, and I’m doing a rewrite of book 3, Brothers in Arms. I’m also working on expanding my short story repertoire because I’ve been getting some good magazine sales there.

What’s the most fun piece of technology/magic that you’ve included in your novel that you wish you had in real life?

Starfaring engines, especially the natural Starseed ones. I would really love to travel the far reaches of the universe, protected by its arcanology, literally sailing among the stars.

Away from books, what are your loves when it comes to TV and movies? (Altered Instinct will plant aw flag on behalf of Quantum Leap, Babylon 5, Stargate, The West Wing and Star Wars, and fight to protect it!)

Oh, don’t get me started on fandoms! I share your love of Star Wars and Babylon 5 (the best sci-fi show ever on TV, don’t @ me!) I love Firefly and Star Trek too, of course. I loved Game of Thrones, and am not as pissed off about the ending as other people because I see the bones of what George R.R. Martin was trying to do there. I’m a Marvel fan, and Wonder Woman was the best superhero story ever (but the rest of the DC movies can go hang.) If you haven’t seen Master & Commander, you should. Let’s see… I loved both Dune movies and can’t wait to see the new one. And you must see a quirky Netflix show called Love, Death and Robots, if you haven’t already – this is the best of modern sci-fi in all its glory. It’s brilliant. 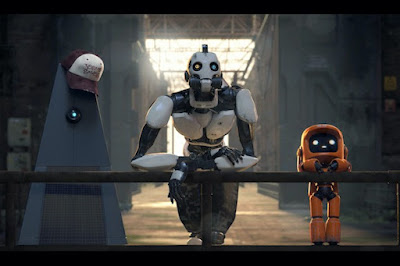 Love, Death and Robots - an animated series available on Netflix - hailed by Diane as "the best of modern sci-fi in all its glory".

I love Master & Commander! A great film! Are your books available in audio format? How have you found the process of transforming it from the written page?

Not yet, but it’s on the agenda! This book was funded by a successful Kickstarter, and we reached the first stretch goal, which was an audiobook. So I can’t wait to explore that adventure!

Ha ha! A little bit. I mean, it’s a subplot, but yes, there is a bit of romance that informs the rest of the story.

I have a lot of social media, but I’m most easily reached at my website https://www.dianemorrisonfiction.com, my Twitter @SableAradia, or my Twitch channel https://www.twitch.tv/sablearadia. If you want to know more about the Toy Soldier Saga, you can find me at https://www.worldanvil.com/w/toysoldiersaga. And if you want to support my work and get weekly chapters in both my Toy Soldier Saga and Wyrd West universes, often before they are released to the public, I have a Patreon https://www.patreon.com/sablearadia.

I’m working my way through the Big Book of Science Fiction edited by Jeff & Ann Vandermeer, and I just started the SF classic Grass by Sheri Tepper. I started reading an imprint called SF Masterworks a few years ago, with the goal of reading one per month, to educate myself in the classic of sci-fi, and the Big Book is like that too, only with short stories. As to the best book I’ve read in the past year… well, I haven’t done as much reading as I usually do due to book release and other life chaos, but I would have to say that’s Leviathan Wakes by James S.A. Corey, the first book in the series that The Expanse is based on. And the book is definitely better than the show (and I really like the show!) Well worth the time, and that thick-looking tome reads at lightning speed.

Thanks for having me!

You can pick up A Few Good Elves at https://www.books2read.com/afewgoodelves 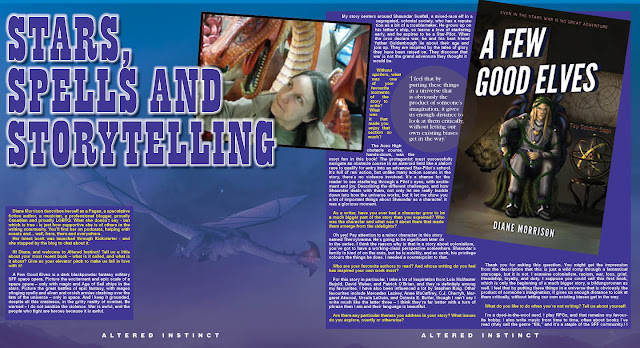 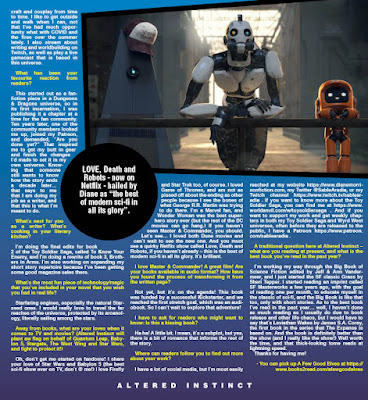