It's book review time again, and time to catch up with antipodean horror, globe-trotting mythological thriller and D&D-inspired adventure. 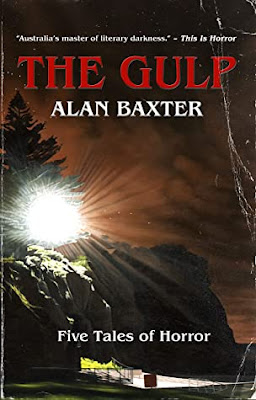 The Gulp, by Alan Baxter
Some horrors start off with creeping dread and mystery. This one sits down across the table from you, flashes a devilish grin, slides you a beer and asks what's the worst possible thing you can imagine. Then chuckles and says that's all you've got? Let me tell you a story.
Five stories, in fact. Each a slice of life and death in the remote Australian community of Gulpepper, nicknamed The Gulp. It's the kind of town you might find in The Twilight Zone if Clive Barker was mayor. Everything's a little twisted, a little wrong, a little off-kilter.
The five stories seem separate at first - how a trucker finds his safe world slipping away from him, how some teenagers deal with the weird things happening to their mother, how a group of backpackers fall under the spell of a local rock band... but the pieces start to make up a bigger picture. Something strange is always going on in The Gulp, but now... well, strange is stacking up on strange.
Alan Baxter does a great job of inviting you into a weird part of the world, starting with uncomfortable before plunging into the grotesque and the ominous. There's clearly more to come, but building slowly, steadily. Each of these stories is a crack of distant thunder, warning that the storm is coming nearer, nearer. I'm looking forward to when it arrives.
AI Rating: 5/5
The Gulp is available on Amazon. 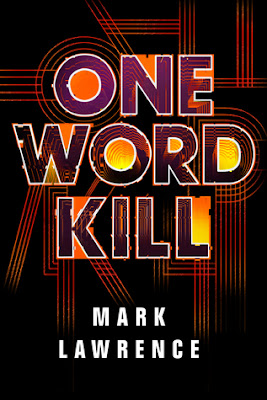 One Word Kill, by Mark Lawrence
I should be a sucker for this book. It's about a teenage boy who is both a genius... and who is dying. He's also a big fan of Dungeons & Dragons, and in a time when at last roleplaying games are kind of cool, and affectionately regarded in hit shows such as Stranger Things, more fiction that treats gaming as a delight rather than a menace ought to be welcome.
As a long-time gamer myself... let's not talk about how many years exactly as that makes me feel old... that really ought to hit the mark for me.
But it didn't, sadly. Things set up as major hurdles are resolved so easily you wonder why they were part of the book to begin with, and the plot itself, which tosses in time travel on top, manages to be both predictable and contradicting its own rules.
This feels like a missed opportunity, there's a great chance to tell a good story here, but it falls flat and ends up feeling by-the-numbers. Not quite a critical miss, but I won't be giving the rest of the series a roll of the dice.
AI Rating: 2/5
One Word Kill is an Editor's Pick on Amazon - so mileage may vary. 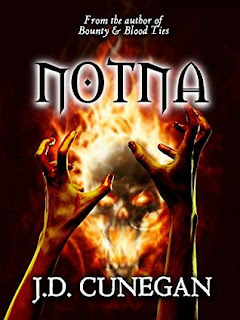 Notna, by JD Cunegan
Globe-trotting, myth-shaking, world-threatening thriller your kind of thing? Step right up, for this thrill-ride from JD Cunegan.
Look, there's one name I'm going to mention right from the off. Though I hesitate to do so because it's an author name that a lot of people have a bit of scorn for. Dan Brown. But, you know what? I've read a bunch of Dan Brown stuff and what's good about it is the way he conjures up these threats from across history and binds it into a story that hops from one location to another around the world. He has his failings elsewhere, sure, but that's what works - and it's also what works here.
Here, an archaeologist is on the trail of the Gem of Notna, whose power can be both a threat to the world and... perhaps, in the right hands... its redemption.
This is the first book I've read by Cunegan, and his writing is fun, brisk and keeps the plot moving along, revealing a story set in the modern day but stretching back to the dawn of time. Ancient beings and gods are woven throughout, but overall it becomes a very personal tale as our heroes learn the power that they're dealing with, and try to work out how they can use it to save the day, and the world.
A good, fun read.
AI Rating: 4/5
Notna is available on Amazon.
Posted by Leo McBride at 18:54