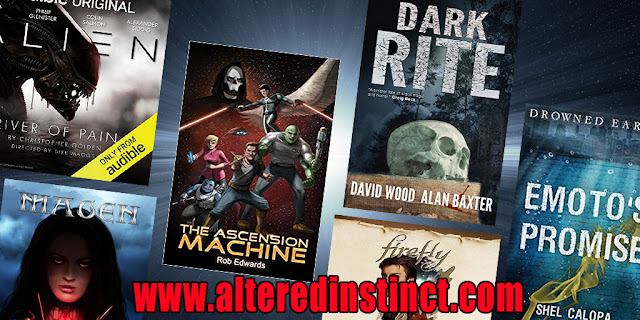 It's been a funny old year for reviews - between working from home and the kids learning from home, there's been precious little time for reading. Still, I'm delighted to say that the books I have squeezed in recently - including some audiobooks - have certainly brought a smile at the end of the day. My latest review round-up starts here. 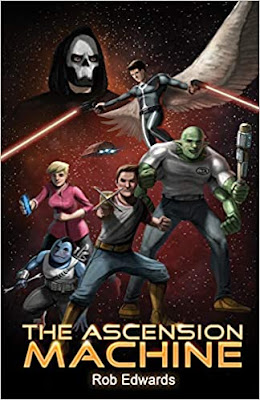 The Ascension Machine, by Rob Edwards
This has been a real joy to read. Take a hero in the vein of Harry Harrison's Stainless Steel Rat, give him a Scooby gang in the vein of Joss Whedon's Buffy or Firefly crews - and give it all a superhero spin.
This is a really fun adventure - starting off with a drifter, thief and misfit who comes to be known as Grey, our hero. He gets a most unusual offer to impersonate a rich man who doesn't want to take up the place at a superhero academy his connected family has arranged for him - and so Grey finds himself heading to a school full of aliens, with only the thinnest of lies to protect him.
All this makes for some soaring space adventure - but there's also a depth here. Grey, a loner for so long, unexpectedly finds friendship. One of the things about the academy is that people find their perfectly ordinary abilities on their own worlds might just make them superheroes elsewhere - even if their ability is as mundane as the ability to be a good farmer. For Grey, he suddenly finds himself unexpectedly with a home - and, perhaps, with the chance to be a hero himself.
Until it all comes crashing down.
By turns witty and thoughtful, Rob Edwards creates a universe that's a delight to visit, and to which I hope we shall return.
AI Rating: 5/5

The Ascension Machine is available on Amazon. 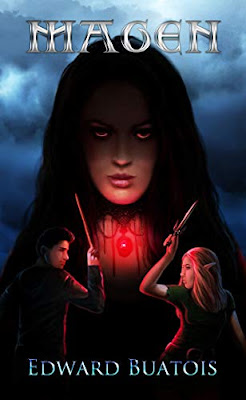 Magen, by Edward Buatois
When a teenage boy wields the magic handed down to him by his family, he inadvertently opens a portal to another world - and puts his own sister's life at risk.
This urban fantasy sees a young man trying to put right the problem he caused - with the help of a beautiful and really quite deadly elf.
Being a novella, it gets right on with the action, as the boy, Rylan, and his elf companion set off on a road trip to save his sister. Along the way, the elf learns the ways of our modern world - and Rylan learns a bit more about how to stand up for himself. Will that be enough?
I do wish this had been longer - which is a good sign. Always leave them wanting more, right? But I would have loved there to be more time for the relationship to build between our heroes, and to let the stakes build even higher. Still, for those who want a quick shot of fantasy, romance and a tale of siblings who would do anything for one another, it's a pleasant find. Charming.
AI Rating: 4/5
Magen is available on Amazon. 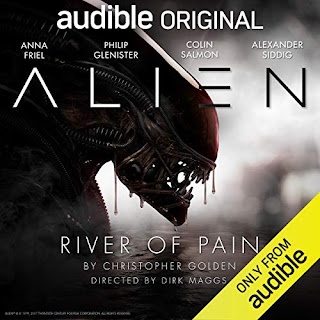 Alien: River of Pain, by Christopher Golden and directed by Dirk Maggs
Dirk Maggs really is a king of audio productions. Here, he takes on the Alien franchise for a second time, adapting the book by Christopher Golden.
The story slots into the Alien series in between the first two movies - it takes us to the colony from Aliens before the xenomorphs began to run riot.
The production is fantastic - with a great cast including the likes of Anna Friel, Colin Salmon and Alexander Siddig.
For purists, there are gripes - for example, Colin Salmon is the leader of the colony's marine unit, a unit which didn't exist in the movie. That throws some continuity wrenches - you would think the marines in Aliens would have taken the whole thing a bit more seriously if they knew a whole bunch of colonial marines had already lost contact. That being the case, Vazquez might need to know a little more about the aliens than just where they are.
There's also the curse of a prequel - you know what's going to happen if you've seen the movie (and if you haven't you probably aren't listening to this). So we get to meet a lot of people and then wait for the aliens to start dismembering them. The sequences retreading bits featuring Ripley don't really add much to this part of the story - but are nice Easter eggs for fans.
In the end, this feels like a story we didn't really need as part of the franchise - though it does leave a strand or two open to exploring in future. One for the completist Alien fan. But gosh, what a good production. Hats off to the actors and Dirk Maggs for really making the most of the story.
AI Rating: 4/5
Alien: River of Pain is available on Audible. 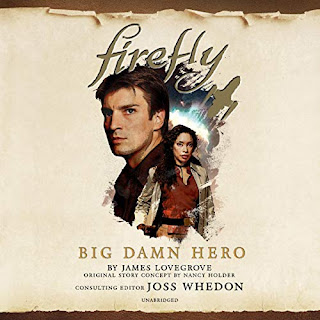 Firefly: Big Damn Hero, by James Lovegrove
Writing a book that fits in and around a popular series must be such a challenge - and even more so I would think with the world of Firefly, which got such a brief run in the sun before its cancellation.
James Lovegrove does a good job, showing us one of the side adventures that the crew of the Firefly got up to, without treading too heavily on the established canon of the universe.
We see a story that has just enough nods to moments in the TV series - fans will note bits from one episode here, bits from another there, some familiar characters... and some new ones.
The new is where it gets really interesting as we discover a story that grows right out of the youth of Captain Mal Reynolds, a story that reveals his first love, and the path that led him to putting on that brown coat.
Of course, it remains a side adventure, but a good one nonetheless.
A special shout out to the narrator, James Anderson Foster, who is quite brilliant. With just tone and inflection, he catches the feel of well established characters without ever seeming like just a mimic. He adds a real flair, and really makes this a delight to listen to.
AI Rating: 4/5
Firefly: Big Damn Hero is available on Audible. 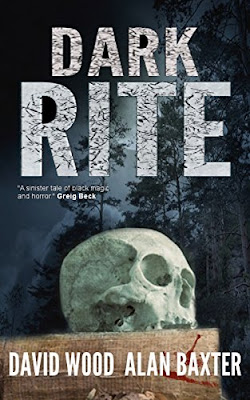 Dark Rite, by David Wood and Alan Baxter
This is a love letter to horror stories of old. Take a dash of Wicker Man, take a pinch of Hammer Horror, throw in a sprinkling of Lovecraft and what have you got? This tale of a young man, Grant Shipman, returning to the town he had left long behind finds him getting embroiled in a web of cultist intrigue.
Strange things start to happen, and suddenly Grant finds there might be no one he can trust.
Bloody, sexy, scary, it's a fast-moving horror that really hits the spot.
One note I would say, get the novel version rather than the audiobook - the audio recording really needed editing, with the narrator stopping and repeating phrases on a number of occasions rather than lopping out the mistakes. Don't let that put you off, though - just grab the book instead.
AI Rating: 4/5
Dark Rite is available on Amazon. 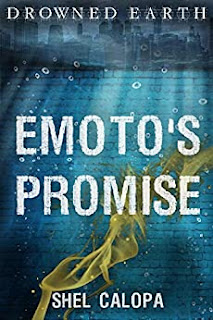 Emoto's Promise, by Shel Calopa
Years ago, I was blown away by a mindtwister of a novel - This Is The Way The World Ends, by James Morrow, in which the survivors of the end of the world are put on trial by the spirits of the dead. There's something of a resonance here, with a strange city and its occupants trying to hold off the risen seas of a drowned Earth.
It's a strange city too, with humans serving as workers alongside numans, a modified race that undergoes perpetual upgrades in service of the city's ruler and locked in thrall to an online world called the BigDry. There's shades of Sam Miller's Blackfish City in this too, with the survival of the city given more importance than the lives of those within it and elements of the past told in fragments of text from diaries.
It's a dystopian set-up - but I do wish it had taken more time to tell its story. There's a poetic feel to the writing, but I wanted to see Macie, the lead character, explore this world a little more. Some elements appear quite quickly and don't really get fully developed.
In the end, it's a story that left me thinking - but which I wanted the book to have resolved more. That said, the promise here is all in the writer, whose ideas are tantalising.
AI Rating: 3/5
Emoto's Promise is available on Amazon.
Posted by Leo McBride at 09:45