Meet the Author: Jeanette O'Hagan, author of the Under The Mountain series

I'm delighted today to welcome to the blog Jeanette O'Hagan. Jeanette is a talented writer who I've come to know through the Inklings Press anthologies and the Sci-Fi Roundtable anthologies - she's appeared in a couple including the latest, Tales of Magic & Destiny. She has also practised medicine, studied communication, history, theology, earned a Master of Arts... suffice to say I get a little overawed at her talents. She joined me to chat about her story in Tales of Magic & Destiny, and her most recent book, the fifth in her Under The Mountain series. 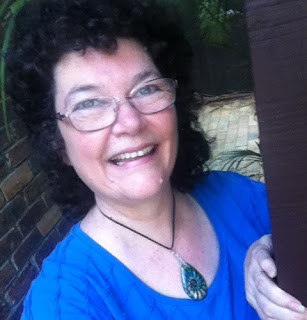 Hi Jeanette, and welcome to Altered Instinct! Tell us a little about your most recent book – what is it called, and what is it about? Give us your elevator pitch to make us fall in love with it!

That would be Caverns of the Deep – the fifth and final book in the Under the Mountain series.  It concludes the adventures of shapeshifter Zadeki and the twins (Delvina and Retza), as they fight to save the underground realm from a progression of disasters.

Seven Gates, locked and warded, stand between life and starvation.

As belts are tightened notch by notch, Watcher Retza and Lady Zara seek to find the seal and open the Gate.

Meanwhile, Delvina, shapeshifter Zadeki and Danel race to return to the Caverns in time to help their friends.

Danger and betrayal stalk the tunnels and shadows grow darker in the deep caverns beneath the mountain. Will Zadeki, Zara and the twins (Retza and Delvina) find a way to save the Glittering Realms and secure a better future? 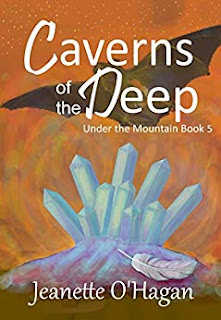 The first book in the series – Heart of the Mountain – which started as a short story on the theme glimpses of light (for the Glimpses of Light anthology). I set the story in an underground realm in which the power and lights were failing. But, as often happens to me, the story grew too long, so I submitted another story instead (Ruhanna’s Flight). Heart of the Mountain became a short novella which birthed the Under the Mountain series.

Yes. Dinnis in Akrad’s Children started off as a side-kick to Mannok.  I loved his snarky, cynical view on life and, as the story developed, his wrenching back-story, difficult circumstances and motivations gave him a strong presence, until it became obvious that the first book in the series was, in fact, his story.

Fantasy is my favourite genre to read – and to write. I became enchanted with Narnia and Middlearth at an early age and ever since then I love discovering new and wonderous worlds. The flights of imagination and especially the world building and the often-epic scope of the story ignite my own imagination and allows my spirit to soar.

I’m currently editing Rasel’s Song, the second book in the Akrad’s Legacy series. I’m also putting together a Companion volume for the Under the Mountain series. And I have a trilogy based on the Project Chameleon (in The Quantum Soul anthology) which I’m itching to write once I’ve finished Akrad’s Legacy series.

Away from books, what are your loves when it comes to TV and movies? (Altered Instinct will plant a flag on behalf of Quantum Leap, Babylon 5, Stargate, The West Wing and Star Wars, and fight to protect it!)

I’m a confirmed Doctor Who fan – both classic and new. Loved Babylon 5 series as well as Star Trek (classic, New Gen, Deep Space Nine, Voyager, Enterprise, Discovery), Battlestar Galactica (old and new), Firefly and Avatar the Last Air Bender series (but not the movie), but also the BBC Pride and Prejudice. In terms of movies – Star Wars – all of them – as well as the Marvel movies (especially Ironman, Infinity War, Captain Marvel). Also, the recent Alita Battle Angel,
Ready Player One, The Hunger Games, Inception – and in the non-spec line – The Dish, Hidden Figures, Amazing Grace, Chariots of Fire, The Help – okay, too many to name 😊

Ohhh, I love The Dish! A really under-rated movie. I have to ask for readers who might want to know: Is this a kissing book?

My editor might have disowned me if Caverns of the Deep didn’t have one or two such scenes.  I didn’t start out with romance in mind at the beginning of the Under the Mountain series, but it does become a subplot from book 3 onwards. Caverns of the Deep ties up the romantic threads and also references the prequel story, Shadow of the Deep (in Tales From the Underground).

Speaking of kissing, I loved the undercurrent of romance in Wolf Scout - was that at the heart of the story as you imagined it? Tell me how the story came to be.

Yes, the heart of the story was the relationship between Talia, a young Vaane princess, and the Wolf Scout, Kiernan. The story speaks to judging people by first impressions and allowing our fears to control us. I originally wrote it for a charity romance anthology, Tied in Pink (to support breast cancer research) – hence a reference to ‘pink ribbon’ which I left in the story even after a couple of rewrites. However, like many of my short stories Wolf Scout grew way beyond the word limit. I was more successful with The Herbalist’s Daughter, which was included in the Tied in Pink anthology and was my first published story. 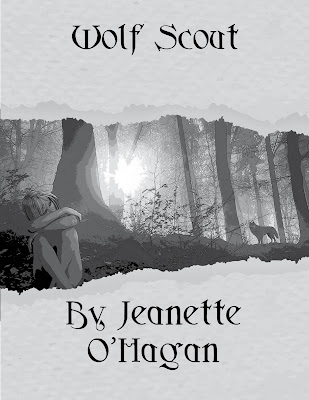 Wolf Scout feels like it's part of something larger, do you revisit this world elsewhere?

It is indeed set, like most of my stories, in the world of Nardva. While the Under the Mountain series and the Akrad’s Legacy series are set in the southern hemisphere of Nardva, Wolf Scout is in the Barrakan mountains, on the eastern edge of the main land mass northern hemisphere. I have written a few related stories – Full Moon Rises (in Like a Woman anthology) and Broken Promises (in Another Time Another Place) and I intend to write more with this location in the future.

Sign up to my newsletter here  http://eepurl.com/bbLJKT  with a copy of Ruhanna’s Flight as a bonus.

I’m half-way through Stephen King’s It. This book makes up for the shortness of its title by the number of its pages (well over 1000). And of course, it’s a classic horror story, though I would say also mystery and slice of life.  I’ve read some brilliant books in the last year, so it’s hard to choose one. But if pushed, I’d say Jessica Townsend’s Nevermoor: the Trials of Morrigan Crow for some great world building, quirky characters, zany humour, and gripping plot.

Thanks very much for calling by the blog, Jeanette - and good luck with Caverns of the Deep! I'm really glad we got you into Tales of Magic & Destiny, it's a pleasure to feature alongside you. 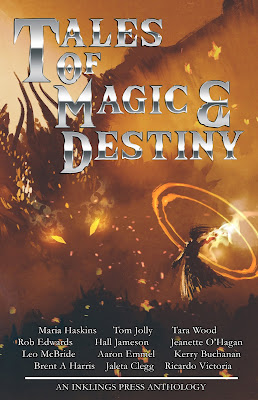 Tales of Magic & Destiny is available as both an ebook and a paperback at mybook.to/MagicDestiny