BOOK REVIEWS: Hell's Own, by TS Weaver; Murder in Black, by NC Stow; All The Nothing We've Done, by Christina McMullen; American Vampire vol 1, by Scott Snyder, Stephen King and Rafael Albuquerque

It's review time here at the blog - starting with a slice of military sci-fi from TS Weaver, and ending in some stylish period horror in a comic book alternately written by Scott Snyder and Stephen King. In between we have a couple of short stories, each surprising in their own ways. But let's start with war, gunfire and blood on distant Pluto... 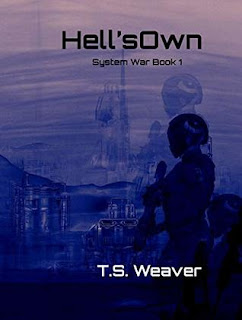 Hell's Own, by TS Weaver

There are bad days, and then there are the days the survivors of TS Weaver's Hell's Own have to get through.
A group of Marines are enjoying some downtime - but not for long. An attack rocks Pluto, and everything becomes a rush to survive. With the Pluto dome fractured and every scratch of an environmental suit perhaps risking death, the soldiers scramble to get civilians to safety - and then face up to whatever it is that has attacked them.
Forming uncertain alliances with the likes of a shady mercenary whose knowledge of hidden stashes might get them through, just getting through the rubble is dangerous enough.
And that's when they found just who - or rather what - has attacked them.
Pacy, energetic writing sends you zipping through this book, which very much lives up to the "Book 1" in its subtitle, the story is very much left unresolved with book two to pick off where the marines leave off. The chapters are short and sharp, and the characters memorable.
The action is largely confined to Pluto - though that series title System War promises a much broader canvas to come.
The emphasis here is less on the conflicts that seem likely to come and more on the survival of the first attack - think the episodes of Falling Skies where the survivors are trying to get by with not enough food and not enough equipment rather than the full-on gun-toting battle. 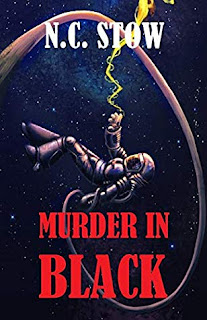 Murder in Black, by NC Stow

NC Stow is a subtle writer. I've really liked the stories of hers that I've read - especially the likes of The Kupala Night and The Leshy, drawn from Russian folklore.
This takes a different direction - up. Instead, here we find ourselves pitched into a Russian cosmonaut's mission in space, and the robots there to aid her. Or are they? Isolated on her mission, cosmonaut Sima finds little discrepancies starting to add up to... well, something unusual. When your life depends on the facts being accurate, such inconsistencies could be a sign of going space-happy - or they could be a sign of an attempt at murder.
The mystery is deftly handled, and an old-school sci-fi treat. It's the first in a series - so I look forward to more. 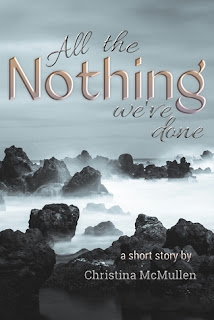 All The Nothing We've Done, by Christina McMullen

By golly, this story confounds expectations.
We start with the death of the implausibly named lead character, Chevelle Falsetto.
Chevelle is perenially late, not terribly interested in her job and, well, was she really making hte most out of life? Before, well, you know, death.
But then those confounded expectations come along, bringing with them a bunch of questions. Such as who gets to decide a person's fate, and who can really judge a person's life from the outside?
It's a wryly told tale, that maybe serves as a reminder to not judge those around us without knowing their perspective. 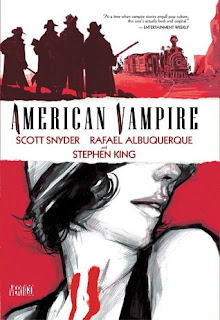 This feels like a blockbuster idea. Take two great writers, set them loose on the story of American vampires in a period setting, and enjoy the fun.
A lot of it really works too. The story is told across two time periods - Snyder tells the story of a 1920s Hollywood actress, Pearl, who falls foul of bloodsuckers behind the scenes, while King tells the tale of Wild West outlaw Skinner Sweet turned vampire exacting his revenge years earlier.
What ties them together are the villains they face - Eurotrash vamps in it for the money, the blood and the power, using up these upstart Americans as they see fit.
It's a bit gruesome, but then it's vampires, ripping throats out with their teeth and manipulating people for fun, so what do you expect?
King's story appealed more to me - with Pearl pushed around and not engrossing enough. Skinner Sweet, however, was great. Malicious and magnetic in equal measure, an anti-hero and vengeful villain all in one. On the whole, though, I don't think either made the most of the setting - which makes it slightly miss the mark overall.