Nils Odlund is the author of the Lost Dogs series, a werewolf suspense series (that's shifter suspense to fans of the genre) - and he's also a fellow member of the Sci-Fi Roundtable, the best little Facebook group in town. He's also part of a shared free promotion with me that ends on June 3, 2019, so you can pick up the first book of his series for free right now. He stopped by the blog to chat about his work - so have a read, get to know him, then go pick up that book! 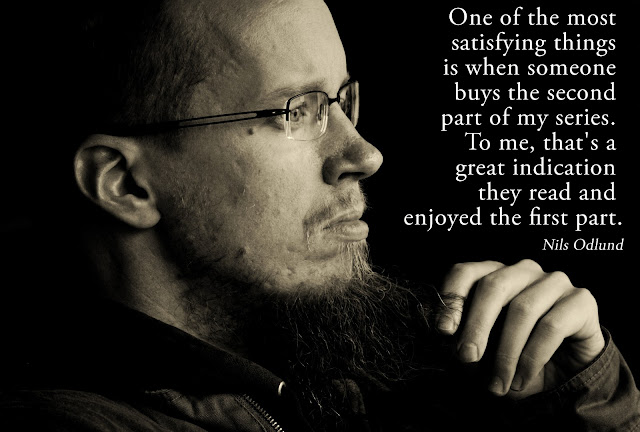 Hi Nils, and welcome to Altered Instinct! Tell us a little about your most recent book – what is it called, and what is it about? Give us your elevator pitch to make us fall in love with it!

My most recent book was the sixth part in the Lost Dogs series. This one is a bit of a step away from the rest of the series as it features a new main character and is about things that happened in the background of the first five books.
The elevator pitch for the Lost Dogs series as a whole is something like “Roy and Alene, a retired old wrestler and an aspiring young journalist, on the run from the mob, the law and the past – trying to keep their acts together while their lives are falling apart around them.”
The initial idea for the story was to try and show of the world I'd created (a modern-day fantasy setting), by having a character travel across it by train – a bit like a road trip. Originally, the working title for the story was Werewolves On A Train.
It kind of grew from that, and it's now much more about the internal struggles of the main characters. They still have to cross from one side of the world to the other though. 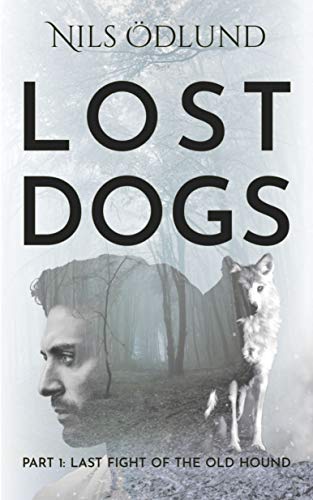 Yes. The character Jen in the first part of the Lost Dogs series became much more interesting than I'd first planned. She was originally just going to deliver some news for the main character, Roy, so that he could move the plot forward. It turns out she grew to become his best friend, and she took on a life of her own. In the second part she had some really bad things happen to her, and I have a feeling I'm going to have to write an extra story just for her, to give that closure.

What were some of your favourite books to read as a child? Which were the first books you remember falling in love with?

Growing up in Sweden, I read the Astrid Lindgren books (Pippi Longstocking etc.), but my favorite author from that time, whom I still read, is Tove Jansson, who wrote the books about the moomintrolls. The first book I fell in love with that I can remember was her Finn Family Moomintroll. 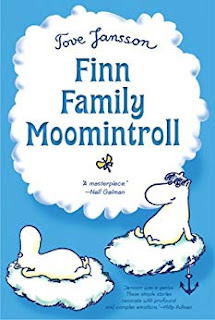 I love the Moomin books! I used to get the English translations of those out from my local library! Are there any particular themes you address in your story? What issues do you explore, overtly or otherwise?

The various books in the Lost Dogs series touch upon different themes. And the main characters have different themes associated with them. Overall though, the main theme of the series would be about loneliness and belonging – about finding your place in the world, so to speak.

I used to be a pretty serious gamer, but after I got into writing, that sort of died off, and the writing took more and more time. These days, I still play games, but not nearly as much. A current favorite is Hearthstone as a casual game, and I also just picked up and started playing Hellblade: Senua's Sacrifice.
What I also try to do is go hiking. There's a hillwalkers group here in town that meet every weekend. I don't drive, so joining others like this is a great way to get out of town and get some fresh air.

I managed to resist Hearthstone! It tempted me hard during my World of Warcraft days. What’s next for you as a writer? What’s cooking in your literary kitchen?
The story I'm working on is told as a series of novellas. The seventh part is coming out on the 21st of June, and then there are an additional twelve parts planned after that. I've got a novel I'd like to write, and that I started several years ago but never finished. I hope to be able to start working on that in parallel with the series.

It's a seemingly small thing, but one of the most satisfying things is when someone buys the second part of my series. To me, that's a great indication they read and enjoyed the first part.

Marketing is always a challenge for writers – to share the love, what have you found the most useful tip for spreading the word about books?

I'm in a number of Facebook groups, both for readers and writers. Talking about my stories there, when appropriate, seems to be the best way for me. I try not to be too much of a salesman, but rather bring up my stories in discussions where it would make sense to do so.

Finally, there's a blog, but it's quite rare that I remember to update it. It's constantly on the list of things I need to do better though: https://lostdogsseries.com/

I just started reading Trust A Few, by E.M. Swift-Hook, and the best book I've read recently was Cailleach~Witch, by Jane Gilheaney Barry.

Thanks for calling by, Nils! And readers can start his Lost Dogs series by picking it up at mybook.to/LostDogs1

Lost Dogs is part of a free offer for 13 books - available without costing you a penny until the end of June 3, 2019. Check out the full links for every book below: