I'm delighted to welcome Lawrence Harding to the blog today. Readers who have followed my work will hopefully have discovered Lawrence too - I was awfully pleased to share space with him in one of the Inklings Press books, Tales From The Underground. He's a good chap to follow on Twitter too - but enough of me talking about him. Let him take it away. So grab a cuppa, settle down and meet... Lawrence Harding. 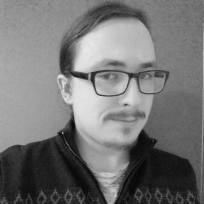 Hi Lawrence, and welcome to the blog. Let's start away from writing for a moment. What do you like to do when you’re not writing? Tell us about yourself.

My day job is being a grad student working towards a PhD, so a lot of my time is spent researching, writing and teaching (which is a lot of fun, and I wish I got more chances to do it). Writing is very much a downtime thing for me, along with (trying to learn) the guitar, cooking and getting nostalgia-hits though playing Pokémon.

I’ve definitely always leaned more towards fantasy than other genres. I enjoy the immersion into another world, and the “what ifs” that arise just by tweaking the way the world works even slightly. I also enjoy short ghost and weird fiction from the early 20th century for similar reasons – the ways writers thought about what were new and exciting ways to see the world are fascinating.

What were some of your favourite books to read as a child? Which were the first books you remember falling in love with?

The Redwall books by Brian Jacques. My dad left books lying around in the vague hope I’d start reading them. I picked up Pearls of Lutra and never looked back. Jacques had a real way with description, and a willingness not to plot-armour characters in children’s literature which struck me even then. I went to a talk by him once and a life-long regret will be being too anxious to talk to him afterwards. 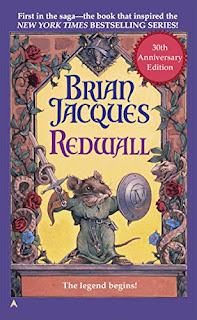 Who are your favourite authors to read? And whose writing do you feel has inspired your own work most?

There are definitely too many to list, but Pratchett is one I have to mention. The way he turned his frustration with the world into often biting comedy really resonates with me. In that sense he’s something of an inspiration, as I’d love to be able to do that. Other authors I’ve enjoyed recently are N.K. Jemisin, Brian McClellan and Adrian Tchaivosky.

I have the attention-span of a magpie so I usually have a number of projects on at once. I’m trying to throw together a collection of short stories set in and around monastic communities. Since the medieval literature I work with is often wacky and out there compared to modern tastes, I get a lot of inspiration from that. If they say write what you know, that means I end up writing about monks. When I tell people I research (much less write about) monks, I tend to baffle them, but there’s a lot of scope to explore really deep (and sometimes dark) themes in the walls of a cloister.

In one of my unpublished stories I started out with a scene of a burning ship, and that was going to be the focus – how it came to be there, and how the protagonist got away. But almost immediately his boyfriend turned up, being adorable and concerned and just a lot of fun to write. In the end, their relationship became the focus of the story. I enjoyed getting to know Setholin and Fendel, and I hope I get to share their story more widely someday.

What has been your biggest challenge as a writer? What hurdles have you had to overcome, and what helped you to do so?

Finding time to write (and read) can be difficult when you’re balancing a day job that isn’t exactly 9-5, but demands your attention almost all the time. I went through a long period of barely writing anything, because I was a) exhausted and b) pretty much writing for my day job as well. Trying to keep to a schedule (and taking weekends firmly off work) has been a great help.

Away from books, what are your loves when it comes to TV and movies? (Altered Instinct will plant a flag on behalf of Quantum Leap, Babylon 5, Stargate, The West Wing and Star Wars, and fight to protect it!)

I tend to go for silliness. Television like Midsomer Murders is a comfort-watch for me, if only for the increasingly ridiculous murder methods (weaponized cheese and wine-bottles launched from a trebuchet, to name a couple). I’ve also been binging the new She-Ra with my partner, since it is So Wholesome. Another recent discovery is Inside Number Nine, which has its dark moments but makes me want to throw up my arms in despair that I can’t write like that.

With films, I range between folk horror, wholesome sci-fi like Pacific Rim, and have a whole host of “guilty” pleasures. I love a good bad film. Things like “Mr Vampire” or “Revenge of the Killer Tomatoes” are great stress relief.

I've not heard of Inside Number Nine! One for me to look up. Okay, you get stuck on an island and had only one book packed in your travel bag before the ship went down – what book do you hope you have in there?

Always difficult to pick only one, but probably Going Postal by Terry Pratchett. 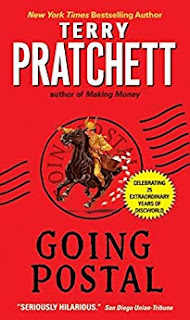 I have a blog at exploringotherwheres.wordpress.com – I review other sci-fi and fantasy there and have links to my published works.

At the moment, I’m reading “The Queens of Innis Lear” by Tessa Gratton. Over the past year… it never seems fair to pick just one, but Brian McClellan’s “Wrath of Empire” ticked all my boxes for military/political intrigue fantasy.

Many thanks for visiting the blog, Lawrence, we look forward to more from you. Mark me down to review that monastic short story collection! Seriously, I had my own swing at a short story set in an alien monastery, so I'm down for that.

You can pick up Tales From The Underground at mybook.to/Uground - and Lawrence has also been published in Guilds & Glaives and Hidden Menageries. 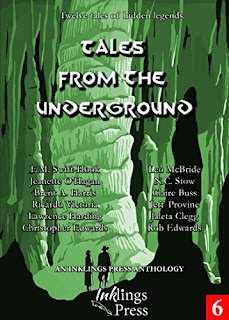