Hunting for something spooky? Here's five lesser known horror movies - and a ghost hunt with prizes too!

There's a smashing group of writers called the Sparkly Badgers of Facebook - if you follow me on Twitter, you might have seen me joining in when work allows with their Monday #sparklybadgersunite hashtag chat.

The group has joined forces for a competition to win copies of, ooh, well, lots of books - the ones below. 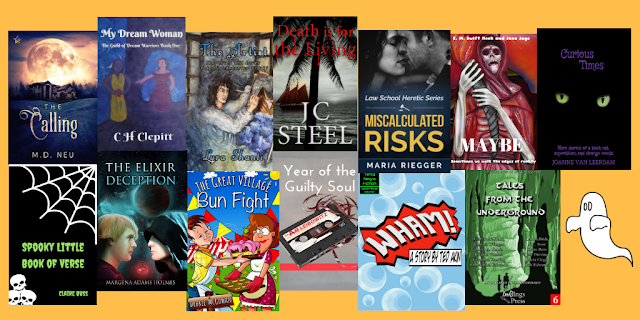 To have a chance of winning, your ghost hunt involves finding a ghost through a series of blog posts - including this one! The ghost hunt starts at www.cbvisions.weebly.com - with each ghost having a letter. Click the ghost to go to the next blog, put the letters together and... well, come join the event to find out more. Tales From The Underground is my contribution to the pot, which includes my story Professor Algernon Whitlock's Exotic And Fabulous Grand Tour of the Underworld.

You miiiight even find a ghost in this very post. If you're lucky.

Also while we're in the, um, spirit of Halloween, let me recommend five lesser known horror movies to you - that might just fit your mood come the night itself.

First up is a properly scary movie, the Spanish horror movie [REC]. There was a US remake of this as Quarantine. DO NOT SEE THE REMAKE. The original is great, the remake tepid. It's a found footage movie - and one of the best of its type. 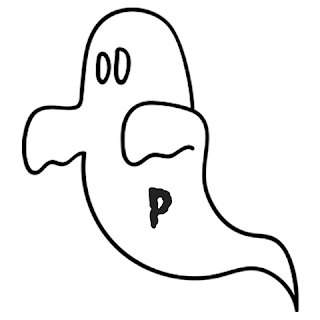 Second, we delve further back, all the way to 1957, and a Dana Andrews chiller that goes by a couple of names. It's called Night of the Demon, or sometimes Curse of the Demon. Don't get it mixed up with an appalling recent exploitation horror flick called Night of the Demons though - that's awful. This one is adapted from an MR James story, Casting The Runes, and involves a demon used as assassin. If you're a Kate Bush fan, you might even recognise the line "It's in the trees! It's coming!"

Sticking with black and white, we're going further back, all the way to 1942, for the fabulous Simone Simon horror Cat People. There's a more modern remake of this, that mostly involves people not wearing clothes. But this has real naked terror. For its era, it's very sensual - and the lead character wrestles with questions of identity. It's an unsettling movie, even in this age of more full-on horror.

Back to the 1980s now, and Pierce Brosnan proving he can act - though his French accent sometimes wobbles. Brosnan plays an anthropologist who explores tribal cultures - only to discover a tribe of modern nomads living in LA, living outside the law, and waiting, waiting to be noticed by their next victims...

I'm always surprised this hasn't become something of a cult hit - the visuals are great and the ending as creepy as can be.

Finally, a Disney movie. That's right, a Disney movie. In fact, a Disney movie so scary it led Disney to set up its adult film division. It's Something Wicked This Way Comes, the movie adaptation of the Ray Bradbury novel - and it's simply great. It's about a circus that comes to town - Coogan and Dark's Pandemonium Shadow Circus - promising to fulfill your dreams, at the tiny price of your soul. It's also as warm a movie about the relationship between father and son - a father a bit too old for his liking, a son bursting to grow into adulthood - as you will find. Jason Robards is brilliant as the father, Jonathan Pryce sinister as the head of the circus. Enjoy, with a little fear in your heart.

BONUS MOVIE: This one's well known, but getting on a bit now - it's the Hammer Horror adaptation of Quatermass and the Pit. Martians, the devil, scientists and the end of the world, all wrapped up in a lovely Hammer horror bow. Great fun.

Email ThisBlogThis!Share to TwitterShare to FacebookShare to Pinterest
Labels: ghost hunt, Sparkly Badgers of Facebook, Tales From The Underground