Greg Stafford, Runequest and me 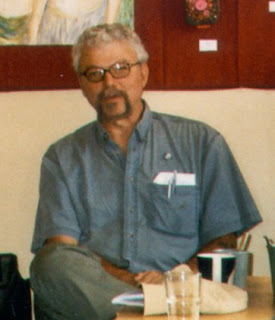 I never met Greg Stafford. The closest I ever came was encountering some of his writing in an old Runequest list when I was back in university and greedily printing out everything to do with the game that I could on piles of computer paper.

But when he died earlier this month, I felt a real loss, for his work has been such a key part of my life for so long that it hit home hard.

I started roleplaying back in the 1970s. My first game might have been the old blue book of basic Dungeons & Dragons, but it was Runequest that really caught my imagination. Greg Stafford was its creator, and the imagination behind the world of Glorantha in which the game took place.

My first copy of Runequest was the second edition, back in 1980 or so. I was about seven or eight at the time, and I fell in love with the game. One of my favourite childhood presents was the Christmas gift I unwrapped containing the Cults of Prax and Griffin Mountain books for the game. I fell into those pages and didn't emerge all day. Runequest was something different, something special - and Glorantha with it. 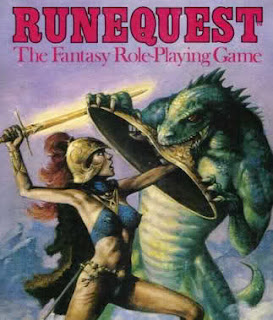 The second edition of Runequest - the boxed set of which was my first experience of the game.

Unlike many other game systems, Glorantha offered a coherent world. This was a place of concrete locations, not nebulous villages and taverns. There were defined cities, established holy places, nests of chaos to beware of - all with shifting lines of control as rival factions fought for territory. Players didn't choose character classes, but found themselves choosing allegiances. The dragons to beware of were empires, the heroes often the underdogs, the resistance. And often overwhelmed.

Into this landscape came the players - often fighting their way through traditional dungeons but often with different goals. Sure, there was treasure to divvy up, magical items to strive for, but often the advancement came through the faiths the players chose to side with, working their way up the ranks of the cults who could offer them the magic they strove for. Advancement came through being part of the society around them. That was kind of revolutionary back in the day Runequest was published. 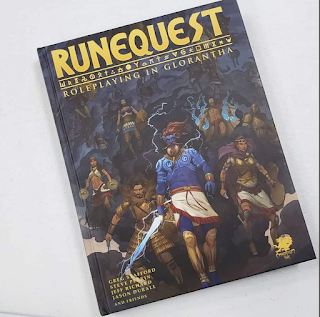 Runequest has returned to print, oh joy of joys, and you can check it out here.

Ultimately, Runequest became the longest running single campaign of a game I played in. The players who joined in my campaign at university ended up playing the same campaign and, barring the odd fatality here and there, the same characters for a decade. Long weekends were devoted to exploring the byways of Glorantha - from the plains of Prax, to the depths of Snakepipe Hollow, from the wilds of Balazar, to the parts of the world we created for ourselves. The characters outgrew the basic rules, so we made up our own extensions to them to allow the players to explore the world of Heroquesting. All of it was brilliant, all of it rooted in the work of Greg Stafford, and those who joined him as the world flowered into a broad landscape.

There are so many gaming moments from Runequest that bring a smile to my face all these years later, from the fumbles that just fell right (hit nearest friend with a Flameblade just as a comrade drags themselves through lantern oil beside you is an unfortunate one), to the mythology that becomes punchline ("Let's go down Wakboth Way." "NO!" "Why not?" "Wakboth's the devil!" "Well... hush my mouth.")

It's had a lasting effect too in my writing - my characters Rasten and Weasel both started out as NPCs in my Runequest campaign. One a hero, one a villain, now exploring a world of my own and partnered up in the story A Taste For Battle and lurking around the back of my brain for a fantasy saga that one day I'll write.

So thank you, Mr Stafford. We may never have met, but you let us play in your playground, and I - and my gaming colleagues - loved every minute of it.
Posted by Leo McBride at 21:44