Regular visitors to the blog will know the work of Ricardo Victoria - a regular guest in these parts. Well, today, we are delighted to be able to welcome Ricardo for a chat as he announces... well, let's just see what he has to announce, shall we?

So, I don’t want to steal your thunder – but I believe you’ve got an announcement that you’d like to make?

Yes, after many years of research I finally found proof that Nessie was real… wait, wrong cue card. Nevermind, moving along. Yes, I’m quite happy to announce that my novel “Tempest Blades. The withered king” will be published and available on August 20th of 2019. Just a few months before my birthday. So if you want to give me a present, buy my book and review it. No pressure.
That’s great news, man, I’m delighted for you. Ok, first things first, tell readers a little bit about the novel. What can they expect from it?

Quoting Loki on Thor Ragnarok: Madness. I would add: Madness running on the Rule of Cool. In all seriousness, I hope they find it an engaging, entertaining, self-contained read that sparks their imagination and sense of adventure.

It’s a science fantasy story, in a world called Theia, where magic and science coexist and the basic gist is to tell the story of a group of heroes that have to save the world from an eldritch abomination. It is told mostly from the reluctant mentor POV that deep down is aware that being the mentor in a fantasy story is a death sentence. And he has seen his fair share of death. Fionn is a retired warrior, that can’t grow old, living mostly in seclusion and who’s burdened by this sense of failure and loss. He is somewhat jaded. However, given that he is still a good person so when one of his close friends asks him for help, he accepts. And that takes him into a collision course against an evil shadow from his past and into a new generation of aspiring heroes -with fancy toys like collapsible bows and airships- that look up to him for guidance. None of those make Fionn very happy. But he has a lesson to learn so he can lead them and which you can summarise it this way, an actual quote from the book:

“The past is a lesson, not an anchor. The present is a gift, not a test. The future is an opportunity, not something to fear.”

Basically, that life is full of parallels and second chances if you want to take them.

Something I want to add, as I mentioned before, the book is mostly self-contained. That means the main arc starts and ends in the book, but the ending is open enough for a sequel. I did it that way because one of my best friends, who is an avid reader, challenged me to do it that way to buck the trend of multiple volume sagas where you finish each book in a cliffhanger. I hope that I managed to achieve it.

You’ve been published in various places with short stories – how different does it feel to get the green light on the publication of the novel?

Each one of those stories is an achievement on its own, getting a story ready for the public is no mean feat. But getting a full book published, a novel set in the worlds I created when I was younger - it’s literally a dream come true. It has been one of my personal goals since I was in high school. So there is certain degree of disbelief, I won’t unleash the happy dance until I have the book in my hands and a few – hopefully good - reviews online. There is a sense also of dread – would readers like it or hate it, how it could impact others aspects of my life - a sense of humility and certain renewed sense of confidence, because any publisher is taking a risk with a new author so having said publisher believe that they have a good product in their hands and that’s one of your brainchildren makes you feel like you actually accomplished something.

Talk me through the process of writing it a little – did you have a very different approach to it than with your short story writing?

Kinda. I mean my personal method is really chaotic, almost infuriating to some, as while I have a general plot idea of how the story goes, I write in sections/chapters and I do it in disorder; basically, according to my mood and inspiration. However, I’m not what you would call a pantser. At least for the novel, I do like to have beforehand a brief outline of how the main plot should go, which are the main themes, the key scenes and who, from my cast will carry the mantle of MC and thus the majority of POV sections.

Now, what I do is to write the ending first, then a bit of the start, so I know where to begin and how to end and then write the key dialogues and scenes to later fill the rest. With a short story, I’m limited by nature regarding how much I can put into it, especially when it comes to worldbuilding. In a novel, however, I have more room to add all those details that flesh out the world. Also in a short story, the character arc is compressed and has to be clear, while in the novel I can take time to develop it and to expand on their motivations and personality. And if I’m stuck with certain part of the novel I can think of a short story to explore that part and use it as starting point.

I guess the big two differences are the time frame (a story has to be done in weeks, with the novel the initial drafts can take me a few months) and word count. 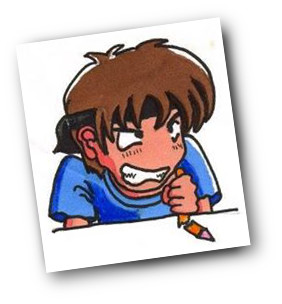 Readers may already have dipped their toe into the world of the novel, right? Which of your published stories have a connection to the novel?

It would be shorter to say which have not. I tend to write a lot on Theia, the world of Tempest Blades because it helps me to flesh out the setting. So, here is the list (in chronological order regarding the novel’s timeline, not actual publication):

Silver Horn (in Tales from the Tower): It’s a folk tale within the TB universe. The main character of said tale, Fraog, is the father of my novel’s MC, Fionn. Although as folk tale, it is an embellishment of what actually happened.

Buried Sins (in Tales from the Underground): It takes place roughly a few months before the start of the novel, but in a different continent with a different cast. It ties to the novel because there are easter eggs connection both (including certain background character that has a hand creating several of the monsters in the setting, the Dark Father). The novel also refers a bit to Buried Sins both by naming locations and a hidden plot line that should pay off if I get to write the sequel of my novel, where the MC of Buried Sins will join my main cast. So buy my novel so I can get away with writing the sequel.

Cosmic Egg (in Tales from the Universe): It takes place roughly a generation after the novel, but as with Buried Sins, it shares easter eggs and references, especially regarding the evolution of technology within my setting. Basically in Tempest Blades, you will see the precursor to the ship that appears in Cosmic Egg. Down to the annoying habits.

Finally, while it doesn’t exactly takes place in the same universe, Kaana (in Tales of Wonder). It is related thematically and can work as a story of the end/myth of creation, and when in Tempest Blades a character says ‘heavens’ they are referring to Kaana as that’s the name of the creator goddess of my setting.

So the countdown is on – what can readers expect from you in the lead-up to publication day? Other than excited squee-ing?

Well, aside from the constant shameless plugging of the book and the occasional teaser image, I’m trying to get published a story called “Asherah’s Pilgrimage”, the actual story of the core legends and cultural rites of the freefolk – one of the main species on my world - how their people found their first home, how their leader learned to use magic and it is heavily referenced in the novel as the characters explore the place where the Pilgrimage took place thousands of years before. Let’s say that the Road to Tempest Blades The Withered King starts by Asherah leading her people into the Maze.

How has the editing process been?

Less stressing and tedious than I expected. I mean getting the manuscript into shape for a publisher to consider it was grueling (and a bit expensive). But once it reached my editor, all the corrections, request and suggestions have been curiously delightful to attend; they didn’t feel this time as a task, but rather as a natural process. There were moments when working on the edits actually relaxed me. I have to give it to Geoff, my editor, he knows what he is doing. All his suggestions have been useful, but I have liberty to agree or disagree as long as I have a good reason. He has also a good eye for continuity issues, which given my hectic process is a godsend. The grammar aspects are being covered (which is important when you write in your second language). I did have to rewrite decent-sized chunks of some chapters and even add a whole new one, but that has been good because the book feels now tighter and fast-paced. It’s good to have someone to watch your back so you can focus on writing the best possible story.

Do you know when ARCs will be available? And how can interested reviewers get in touch with you?

My editor aims to have the ARCs ready four months before publication, that would be around April-May, providing that the cover and the final proofreading round are done. As with anything in life, this may vary somewhat. As for how to get in touch, they can reach me through my twitter feed or email (FB is only for personal use). Or they can reach my publisher, Artemesia Publishing. So far I have a couple of ARCs already lined up, but more are always welcomed.

Splendid – and what’s next for you?

I have a flash horror story that in theory should appear by Halloween, in a podcast anthology by The Wicked Library. I’m also waiting for the results of a submission I sent for a horror anthology, so fingers crossed. Meanwhile I will be editing Asherah’s Pilgrimage to get it published, start writing the sequel of Tempest Blades – I have a subtitle, Cursed Titans, a few ideas and a few dialogues/scenes already- and get some sleep and travel with my wife. And a friend from work has been proposing me to write a book on emotional design and maybe a podcast in Spanish about geek stuff., but those are just talks for now.

Quickly to round off then, let's leave the readers with the pitch - the blurb, in fact, for the novel, shall we? Take it away.

Fionn thought his days as a warrior were over. Gaby & Alex never expected to become heroes; until they met him. Now they must join forces before ancient evil rises to consume the land. In a world where magic and science intermingle, anything is possible. Including second chances.

Thanks very much, Ricardo - and hearty congratulations. I can't wait to have the book on my shelf!