It's like buses. You wait ages for some very dear friends to have some book launch news, then two come along at once! Earlier I blogged about the announcement of Ricardo Victoria's debut novel, now here comes Rob Edwards with a book you can go and buy right now. Here he is, to tell us all about it. 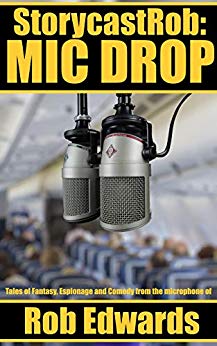 Hey, wait, what’s that on my Kindle? Is that… that’s a new book by you, Rob! Congratulations – how did that come about?

I’ve been thinking about it for a while. With all the stories that I read on podcasts (my own, storycastrob.co.uk and the Word Count Podcast (rbwood.com) I’ve built up quite the back catalogue of stories that have generally only been available in audio form, and I wanted to give readers a chance at them too!

So this is a collection of short stories by you from various sources – so is this kind of a getting to know you collection?

I think that would be fair, these are the sorts of stories I write when left to my own devices, not submitting to other people’s anthologies. People may have encountered my work in Inklings Press before, but these stories are from, quite literally, my own voice.

Describe the overall collection to readers – is there a consistent theme to it? (I’m totally cheating and pushing this on you as I’ve read it already and would broadly say fantasy… drat, now I’ve done it)

It’s quite a mix. There’s flash fiction, short stories, chapters from novels. If I had to take a stab at genre, I’d say fantasy, maybe, but in the broadest sense, there’s flavors of urban, heroic and pirate fantasy in there. There’s also a surprising amount of spy-related action, though with a bit of a twist.

Was it hard to decide which stories should go in there? How did you pick what to include and what to leave out?

In the early days of my podcast I used to read a lot of story fragments, ideas I was working through, chapters of things that might or might not go anywhere. I ruled most of that out, the book only includes complete stories, well with two exceptions. It was then a case of sifting through and finding the stories that most represented what I do. There’s a Walter Mitty-inspired romance story, a dark horror story, a humorous tale of how the Finnish dictionary was created (written in bad Finnish!) I like them all but they’re outliers, and sadly didn’t make the cut. Maybe next year!

Was there a story that you decided to leave out that was a hard choice?

That Walter Mitty story. It was the first story in the first episode of the podcast, I still wonder if I should have included it on that alone. But it is very atypical. 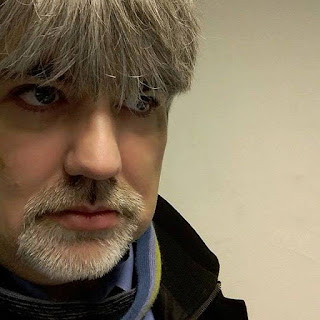 Of all the stories included, was there one in particular that motivated you to get the stories out there or that you’re particularly proud of? If so, which one and why?

There are two pieces of flash fiction, both originally from the Word Count Podcast. There’s a very particular art, I think, to writing satisfying stories that are only a few hundred words long. I am a long way from mastering it, but I am very proud of Time Rigger’s Lament and Armchair Armageddon. They couldn’t be more different, one is an out-there, trippy, sci-fi adventure story, the other is a cozy chat with a supervillain.

You’ve self-published, how was the process of doing that?

Once I’d decided on the stories and running order, pulling them together into a book was surprisingly easy. The biggest stretch was cover design, not really my thing, but the finished product… I rather like it.

There’s a story in there that kind of kicks off your old D&D campaign – a story I particularly liked and that you hinted there might be more to come from that setting, are there more stories already written there or are they lurking in your head?

I’ve run the start of that same campaign three times with different groups of players. I know that world, the way it works, the main cast and themes inside and out. The campaign lasted for two years, playing every week, and there was a sequel campaign, set twenty years later. It would be safe to say that the biggest problem is that there’s too much of it lurking in my head. One day, I will find a way to tell it, in a satisfying coherent way that avoids relying on D&D tropes. Oh yes, I will.

Well, very well done, and I hope it does well for you. What comes next for you?

There’s a lot going on. I have a completed novel that I’m trying to find a home for with trad publishing, another novel that is three quarters done that I’ve promised my podcast listeners I will finish, a fantasy/western cross-over story that I’m chasing a deadline on, and two more short stories in anthologies due later this year. And every month, a new episode of the podcast to write and produce! Will I make it? Check www.storycastrob.co.uk to find out.

Rob also has a book trailer for Mic Drop - and yes, I know, I know, often book trailers you just skip by. I promise you, this one is well worth it as Rob unleashes weapons grade levels of whimsy. Enjoy!