BOOK REVIEW: The Paper Magician, by Charlie N Holmberg; Light's Dawn, by Yvette Bostic; The Lion and The Tiger, by Lyra Shanti; The Elixir War, by Margena Adams Holmes; Delta Green: Denied to the Enemy, by Dennis Detwiller 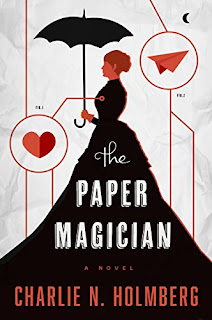 The Paper Magician is available on Amazon here. 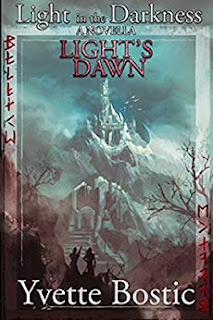 Light's Dawn is a prequel for Yvette Bostic's Light in the Darkness series of fantasy novels - which I've not read, but this does an excellent job of whetting the appetite.
I say fantasy - but this is fantasy within the history of our world, as a merchant turned prisoner of Dutch troops and a Portuguese army scout find their paths being pushed towards one another, even as they seek to survive demons and cultists.
Bostic has a nice style, and this doesn't feel like an afterthought to the rest of the series, really setting up a mood and feel of its own, and a tense build-up that makes you want to read more.
The characterisation is nicely done - and seeming opponents are more human than many another author might portray. Captors are not always brutal, comrades are not always trustworthy.
Well worth a try - and a bargain at just $0.99 as I write this. 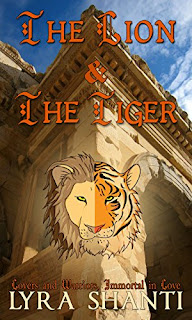 The Lion and The Tiger, by Lyra Shanti

Ahh, love. Delicious love. This spin-off from Shanti's Shiva XIV series is all about the moment of falling in love. In her Shiva series, Hynfir is a general in the army. Here, he is a young man who falls in love with the unattainable.
Leif is from a respectable family, whose father might not appreciate him falling for Hynfir. Will the two young men find love? Will the lion Hynfir win over his tiger?
It's a short tale, but the kind of offshoot that adds depth to Shanti's wider universe. It's warm, it's compelling, it's... well, it's love.

The Lion and The Tiger is available on Amazon here. 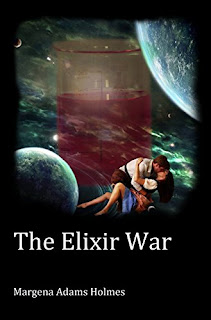 What do you call a bodice-ripper if it's set in space? A spacesuit-ripper? A ripped spacesuit doesn't sound terribly wise - but I suspect you get the idea.
Take a plunge across the stars with this sometimes saucy tale from Margena Holmes, as royal heir turned elite pilot Jory finds himself the only man able to solve the escalating conflict between the ruling body and the upstart rebel Kiral Radern. The two sides are plunging towards war over the elixir used to enhance people's abilities - sometimes offering glimpses of the future, sometimes offering strength and speed, depending on the user. Radern wants to control it all, and he'll stop at nothing to do so.
Jory has the key to stopping him - Radern's beautiful daughter, and must decide if he can go against his true love in order to save his father's empire.
It's a rollicking tale, full of action both in the stars and the bedroom. If that's your bag, then you're in for a treat.

The Elixir War is available on Amazon here. 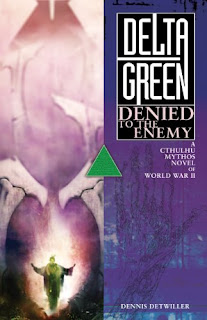 Delta Green: Denied to the Enemy, by Dennis Detwiller

I'm a big fan of the work of HP Lovecraft - an author whose writing might not always have been the finest, but man, the ideas, those wonderful ideas. His Cthulhu Mythos has of course been much venerated - not least through the Call of Cthulhu roleplaying game that gobbled up so many of my nights.
Delta Green is an offshoot of the mythos in both gaming and written form - and Detwiller's books are a determined look at the Delta Green organisation, a secret group set up to deal with the truth of the mythos. After all, if the authorities knew that Old Ones and their kind were indeed a threat to the world, they'd have to do something about that, right? Delta Green is the solution. And sometimes the problem.
Detwiller charts a tale through the years of World War II, as rival factions make use of ancient tomes and dangerous artifacts in pursuit of their goals.
I'll be honest - I've enjoyed Detwiller's stories before, but this one is a bit disjointed. It feels like a number of short stories shunted together, rather than a piece as a whole. I still quite liked it - because I'm a Cthulhu Mythos junkie, but it's probably not the greatest place to start. If your copy of Lovecraft's complete collection has as many dog-eared pages as Cthulhu has tentacles, and you've already dabbled with Delta Green stories, then dive on in, it's certainly one for the completist. If you're newer to the material, you might want to read some of those other works first.

Delta Green: Denied to the Enemy is available on Amazon here.

Got a book to recommend? Do share in the comments below what you'd like us to review. Our TBR list is slightly taller than the Eiffel Tower but we've never been known to be able to resist a new book.
Posted by Leo McBride at 21:52