Tomorrow, the Sidewise Awards will be presented - they're the top award in the field of alternative history, and three of the writers from the Inklings Press collection Tales From Alternate Earths have made the shortlist for the Short Form prize. Here, we chat to Brent A. Harris, co-author of the story Twilight of the Mesozoic Moon with Ricardo Victoria, and Sidewise nominee, as he awaits the news of the winners. 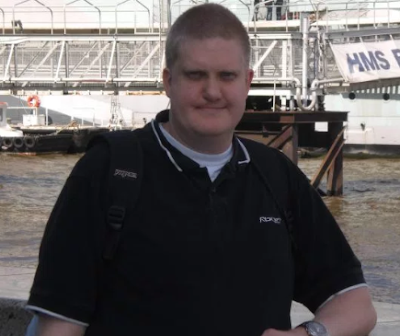 This is one of those rare instances where it’s okay for a writer to use a cliché’. It’s truly an honor just to be nominated. In all honesty, we set out with Tales from Alternate Earths with a goal to make an alternate history anthology we’d all like to read. There’s some amazing stories and writers in it, as biased as I am. If anything, I hope this nomination gives the book greater reach so that all these authors get to shine.

That’s a humbling list of names. I’m hoping that if Ken Liu decides/has the time to put another alternate history anthology out, I’ll be able to submit to it. I’ve been reading alternate history since I was able to sneak a paperback in between my neon orange 90’s era Trapper Keeper during chemistry class. I was never very good at molecules, but I did get to learn all about what would happen if aliens invaded during WW2. My appetite for books, during high school was voracious. I ate up works by Robert Conroy, Crichton, De Camp, D.C. Fontana, Brackett, Bradbury, Martin, Stirling, H.G. Wells, and lots and lots of comic books. I was awkward in high school and never felt like I fit in. Speculative fiction, SF and fantasy turned out to be my escape hatch to whole other worlds where ‘oddness’ was normal, even heroic. I was okay with that.

I have no problem losing. Those are some solid people to lose against. If I win, I’d do a Snoopy dance and then get back to work. Well, even if I lose, I must get back to work. I am preparing for my book launch. A Time of Need, an alternate history of the American Revolution, releases September 6th from Insomnia Publishing. I need to go to the store to make sure I have plenty of comfort foods for those first reviews. Anyone want to share a pint of Ben and Jerry’s Cherry Garcia?

Driving my wife to the L.A. airport for deployment. I won’t find out for hours later.

Okay, we’ll see how the final comes out. But in the meantime – Tales From Alternate Earths aside – if you were to name one alternate history book for readers to try out, which would it be? Just one. Yes, I’m being tough.

Dang. This is tough.

Harry Turtledove’s Ruled Britannia. It’s a one off so you won’t be launched into reading a dozen books or so (Curse you, Turtledove, Stirling, and Martin!) and if I remember correctly, it’s also a Sidewise Award winner. Plus you can’t go wrong with Shakespeare and the Spanish Armada. Go check it out!