Tomorrow, the Sidewise Awards will be presented - they're the top award in the field of alternative history, and three of the writers from the Inklings Press collection Tales From Alternate Earths have made the shortlist for the Short Form prize. Here, we chat to Daniel Bensen, author of the story Treasure Fleet and Sidewise nominee, as he awaits the news of the winners. 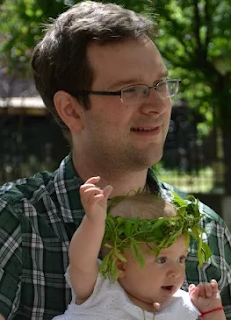 I’m not worried – I’m closing in on Bruce Sterling! Living in the Balkans: check. Tumblr account: check. Getting nominated for a prestigious alternate history award: check! It’s only a matter of time, čoveče.

Harry Turtledove and S. M. Stirling are probably my biggest alternate history influences, since I read them both extensively in high school, and learned how playing with history could make a good story. I admire the real diggers into alternate history, people like Bruce Munro, Den Valdron, and Jared, whose rigorous approach to their avocation creates worlds that deserve to be real. As story-telling, goes, though, Ted Chiang is everything I aspire to be. I’ve got a long ways to go.

My story for the next Tales from Alternate Earths anthology is ready, about al-Andalus gliders.Then I have to finish my next novel, in which a cross-time rail system allows a 1930s private investigator to rescue her baby older brother from a high-tech child-smuggling ring. It’s got maser-wielding gangsters and a party on a blimp! In the mean time, my alien politics murder mystery and, uh, my other alien politics murder mystery are both looking for publishers.

I’ll be in the Church of Saint Michael the Archangel in Sofia, Bulgaria, performing my sacred duties as the godfather of the children of my best man and maid of honor.* I’ll try to keep my hands off my cell phone.

Okay, we’ll see how the final comes out. But in the meantime – Tales From Alternate Earths aside – if you were to name one alternate history book for readers to try out, which would it be? Just one. Yes, I’m being tough.

That is tough, but there is one alternate history novel that stands out: Pastwatch: The Redemption of Christopher Columbus by Orson Scott Card. I know it isn't "pure" alternate history (since it involves travel from the future of our timeline), but it is a good story populated by sympathetic characters, and it includes all the blue-sky guesstimating that makes alternate history so much fun. What if this had happened? Well then what if that followed? Next thing you know, you’re knee-deep in crystal skulls.

Thank you very much and keep your fingers crossed for me. With enough human wills yoked to mine, I’ll have the power to tunnel into the universe in which I win that award!

*The translation isn’t perfect. Go look up “kum i kuma.”

Read about fellow nominee Brent A. Harris here.
Posted by Leo McBride at 12:17