PODCAST REVIEW: Love is on the air

This article previously featured in The Tribune Weekend section on February 10. 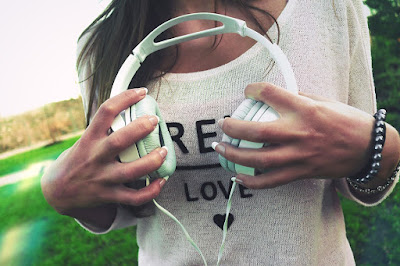 Valentine’s Day is upon us – and for podcast listeners, there are a host of shows about love and relationships. So pop on some headphones and enjoy some intimate advice...

Let’s start with some fun – and this show is definitely that. Get a bunch of single people into a live audience and put dating enthusiast Brian Howie and guests in front of them and you get a combination of stand-up comedy show and solid tips for those wanting to be less single.
There’s comedy about dating across the political divides – no one apparently wants to date a Ted Cruz – and there’s banter about what people expect from their potential partners.
The discussions are adult only – but that’s only because people are being forthright about what they want in their date, in their partner and in their bedroom.
The balance is really good, the opening part of the show very much loosens the audience up with jokes and then later working in the tips for more successful relationships, such as throwing away your checklist for what you want in a partner – because if you’re single, clearly that checklist hasn’t been working for you.
Now I don’t agree with all the advice given, and there’s a few stereotypes thrown around – but hey, who agrees with every piece of advice? Sure, it’s a room full of single people discussing how to end up married, but that doesn’t mean there isn’t wisdom to be found here. So if you’re single on Valentine’s Day and want that to change, pop the headphones on and listen to tips on how to be seen on the scene.

Digital Romance is a relationship advice show with Michael Fiore, a vibrant host. The show covers a whole host of subjects in its more than 180 episodes – the latest being advice about being safe about drinking when it comes to relationships.
It’s good advice, covering such things as clearly ensuring consent if either party has had a drink, performance problems that might have been a result of drinking too much, and exploring the boundaries between loosening inhibitions in a fun way and when drinking becomes a problem in relationships. Shakespeare’s maxim of how drink “provokes the desire, but takes away the performance” is right here in the debate.
The host is straightforward, and strongly pushes a message of “Yes means yes, everything else means no”. It’s a simple rule, and the presenters discuss clear ways of having difficult conversations to make sure there is clear communication. It’s the kind of show that gives clarity, and that’s a very good thing. It offers advice on safety – such as agreeing with friends to make sure they don’t let you do something you might regret beforehand.
Again, this is a show with adult content – so bear that in mind when hitting play.

So what if you are taking your relationship to the next stage? The I Do Podcast explores some of those issues. Hosted by Chase and Sarah Kosterlitz, it aims to give young couples advice on how to have happy relationships.
It’s a well-established podcast, and so it branches out into the singles scene too. In the latest episode, episode 83, features relationship expert Kristen Craren talking about finding ways to stop picking the wrong partner. You know how it goes – either you or a friend always finds themselves dating the wrong type of person for them and you don’t know how to break out of the cycle.
This show quietly and patiently discusses the problem, and ways of breaking out of your pattern of behaviour.
For those concerned for friends repeating that same cycle, they urge an approach of not judging but offering instead questions you can ask those friends such as what they find fulfilling about their relationship, what they aspire to in a relationship... are they happy? These are the same kinds of questions they suggest asking yourself too if the description comes a little too close to home.
It’s a thoughtful show – less in-your-face than the Great Love Debate, but more relaxed and thoughtful.

Got a podcast you think should feature? Drop me a line on Twitter @AlteredInstinct or leave a comment below.