Five great stories you should be reading in anthologies out now

One of the really great things about having featured in several anthologies now is that I've had my story nestling alongside tales by some other really great authors.

As a result of that, I've gone on to read a fair few pieces of other work by those authors - but I often feel a certain reticence about reviewing the full publication from those writers. It kind of feels a little too close to home, if you know what I mean, as if any minute now the Review Police are going to bust into the room shouting "Put your hands in the air and move away from the keyboard!"

So while I might not be throwing down stars on reviews here, I would like to pick out five stories in anthologies in which I might feature myself or which include writers I've appeared alongside and which you should be reading! 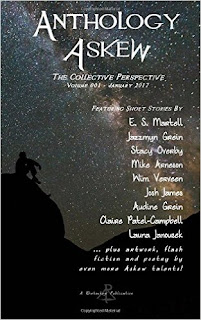 A Kind Of Magic, by Mike Arneson
Anthology Askew

I'm in this anthology with my story The Clay Man - so forgive my bias when I say it's a great collection.
There's lots of good stuff in here, such as Cindy Tomamichel's poetry, but the story I'm picking out comes from Mike Arneson.
It's a tale of a detective in a world of magic, investigating the death of a half Orc woman in a noir tale that manages to be both fascinating and downbeat at the same time.
For a story that sets out with such a fantastic premise, it ends leaving you feeling thoughtful, and that's no mean feat. 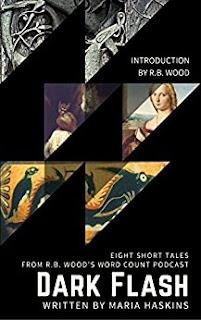 I featured alongside Maria in the Inklings Press collection Tales From Alternate Earths - in which she wrote a humdinger of a short story bringing together Tunguska, possible aliens and a touching family connection reaching across generations.
Dark Flash is her collection of short stories that she has contributed to RB Wood's Word Count podcast. Maria has a delightfully patient way with her stories, even in short word counts like this, but for me the standout story is The Unicorn. This feels like the creation of a myth, wrapped in the story of a family at the heart of it. Reality itself feels in question, such is the sprinkling of mythdust on top of this delightful short read. I really, truly recommend it.
You can of course enjoy her reading of it at the Word Count site linked above, too. 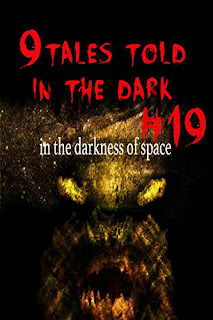 Dead Space, by Cathbad Maponus
9 Tales Told In The Dark #19

Cathbad's a fine fellow. He was featured in the same Tales From Alternate Earths collection mentioned above, with his tale of JFK's life on a different course after the Cuban missiles fly and America is forever changed.
His story Dead Space in this collection creeps me out, and well done for that! It feels like a space age version of the Body Snatchers or a far future Quatermass, where all manner of things start to go wrong 230 days into a space mission.
Again, it's short, it's sweet, and it's as cold as the depths of space themselves. Nicely done, sir! 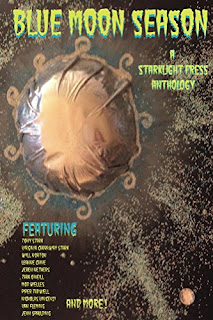 Alei is one of the Inklings founders, and I really like her writing.
Beast, in Blue Moon Season, tells the story of a worker who is beyond stressed, being driven mad by her boss, and finding her whole world unraveling.
Is she insane? Or is there something supernatural going on? And if there is, will she live to tell the tale?
It's the kind of scratch-at-your-skin horror tale that could easily be a Twilight Zone episode, and it's my favourite piece of writing by Alei so far. I say so far... she's recently offered a story up for a free read right here on the site, so keep an eye open for that too. And Beast is to feature soon in the first paperback copy of an Inklings Press collection. I may just sing and shout about that when the time comes!

You can pick up Blue Moon Season here. 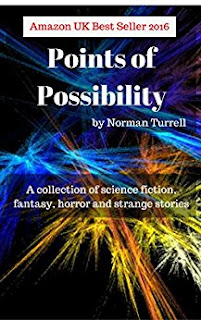 Norman Turrell hardly needs me to blow his trumpet. Points of Possibility was a double #1 in its categories in the UK, and he's an established writer over on Huffington Post.
It was a delight and an honour that he offered to include one of my stories in the back of Points of Possibility and, whenever he's not looking, I'm totally claiming those number ones are down to me.
Restart is my favourite tale of his from the collection, the story of an arrogant nobleman willing to hunt people down to the death, and using the latest in technology to perfect himself in order to do so. Nanobots are deployed to reshape his body, even... his mind? But things might not always turn out as planned, and the noble is about to discover that one must be careful with what one wishes for.
It's a great story, full of action but balanced nicely with the philosophical consequences of the situation. A real treat from Norman.

Points of Possibility is available here. 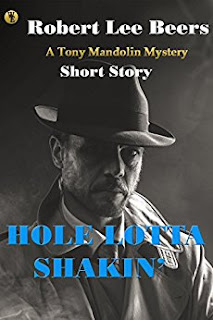 This isn't an anthology but a standalone short story that's very much worth mentioning here. I've appeared alongside the authors above, but this is the first book I actually appear in. As a character.
Robert Lee Beers takes his down-at-heel supernatural detective Tony Mandolin back in time to San Francisco right before the Big Quake.
Time travel shenanigans see Mandolin and partner Frankie trying to navigate their way back to the modern day without stepping on any butterflies that might just change the world forever. Along the way, there's feisty reporters, poker with a President, and more - including rum cocktails served up by a character named after me.
I'll drink to that. 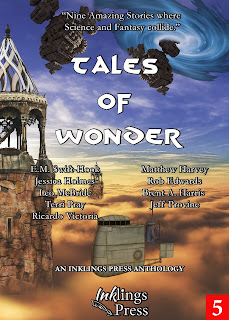 You can catch up with my own anthology adventures in the latest collection from Inklings Press, Tales of Wonder, available now on Amazon: myBook.to/Wonder
Posted by Leo McBride at 23:55