PODCAST REVIEW: Aiming for a healthy 2017

This article previously appeared in The Tribune Weekend section on January 6. 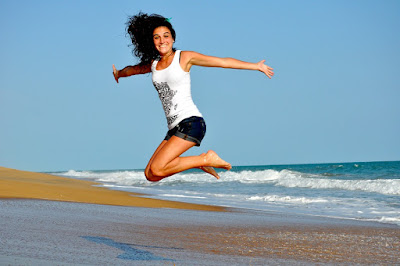 Did you make resolutions for 2017? The turn of the year is a time when many set their sights on plans for the new year, and look back on the year gone by. Podcasters are no different, and here are health and lifestyle websites reflecting on ways to make 2017 a happier, healthier year.

Host Katy Bowman is a biomechanist – that's new to me, but it appears that she likes to incorporate more movement into everyday life, from walking with friends rather than sitting for a coffee, through to more adventurous ways to get your body moving on a more frequent basis.
Her end of year chat with guest Dani Hemmat reflects that, as the two discuss what worked well for them in the year before and what goals are lined up for 2017.
Some of it sounds like the kind of wistful resolutions made but never likely to be kept – from the desire to learn how to juggle or to go hunting – but a lot of it is focused on issues that I've seen many speak of a desire to do, such as cutting down on screen time or taking a step away from social media.
The host says she feels healthier the older she gets – so it certainly seems as if she's feeling positive results from such decisions, though much of the ambitions talked about are far from out of place alongside those of you or I, expressed at New Year parties as maybes and mights. That's not a bad thing, though, it means such ideas are within reach – and for those determined to follow through, hearing others make such pledges might be the support needed to carry them off.

The Minimalists team of Joshua Fields Millburn and Ryan Nicodemus launched their podcast around a year ago – with the goal of clearing the clutter of life, reducing things to make more room for the things that matter.
The podcast looks at things from that perspective – though I'll confess I raised an eyebrow at its not very minimal running time of an hour and a half for the end of year review.
The show itself looks at such things as recognising when you begin to feel you might not fit in your workplace any more and the personal changes you need to make in order to adapt or take a new path. They also consider how binge watching on Netflix makes you unproductive – but lay out ways in which you can stop yourself doing it. That one might not be all positive for the pair, with their new show up on Netflix in a number of regions!
Their goal of cutting out the clutter is admirable, and there's some good stuff in this podcast. I do think overall it could do with being a little tighter, and with a bit of editing to cut out some of the chatter as well as the clutter, but it's a new year, we've all spread a little bit after all that festive eating, so we won't do down a little spread in the conversation too!

This show hasn't quite gotten back from its Christmas break yet – but for those who have healthier eating on their agenda for 2017, it's a quick listen that is brimful of ideas.
Each bite-size show of about ten minutes or so in length focuses on a single nutrition suggestion – recent shows looking at the effect of prunes on bone loss, the uses of a pressure cooker, nutrients to help keep the weight off and so on.
The format is as simple as host Monica Reinagel with a microphone, but this is ideal coffee break listening for those wanting to plan how to include healthier food tips in their life. Dive in, there's lots of useful information to be found.

Got a favourite show you'd like to feature in the review? Drop a note in the comments below or tweet me at @AlteredInstinct.
Posted by Leo McBride at 00:18