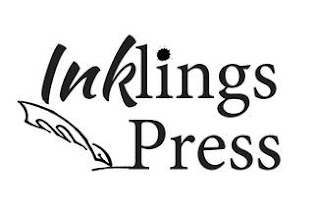 Inklings Press has come a long way in 2016 - just check out our book titles available now - and thoughts have turned to perhaps submitting some of the work that has featured in recent anthologies for awards.

But rather than keep the information about awards to ourselves, this blog post is going to be a rolling, updated one detailing awards as we find out about them, the submission details, links and deadlines - because there are lots of great authors out there and it's good to share.

If you happen to know of more, give a holler in the comments!

EDITOR'S NOTE: We're starting this with just a few to set members of the Inklings and friends rolling - check back for updates.

Eligibility: Book published in print or electronic form in 2016. Fee of $99 for one category.
Deadline: January 31
More details: https://publishers.forewordreviews.com/awards/

Eligibility: work under 17,500 words published for the first time in 2016 in a book or periodical published by a small press
Deadline: April 2
More details: http://wsfasmallpressaward.org/The_Rules.php?utm_content=buffer1f582&utm_medium=social&utm_source=twitter.com&utm_campaign=buffer

Eligibility: any book published by an indie or small press author between September 1, 2016, and June 1, 2017
Deadline: July 1, voting from September 1
More details: https://metamorphpublishing.com/summer-indie-book-awards/

Eligibility: may be entered by publishers of print books
Deadline: Passed for 2016, not yet announced for 2017 but was September and December for the two call deadlines in 2016
More details: http://ibpabenjaminfranklinawards.com/eligibility-deadlines/
NOTE: Digital awards program also available for ebooks: http://www.bfda-ibpa.org/

Eligibility: Written in English, targeted at North American market, various categories, published in same year.
Deadline: Passed for 2016, not yet announced for 2017 but staggered deadlines from October in 2016. Fees starting at $60 per entry.
More details: http://readerviews.com/literaryawards/