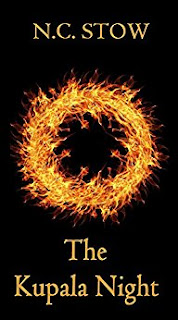 The Kupala Night, by NC Stow

I love folklore stories. I swear, they sometimes seem almost alive. They outlive the people in the places they live, they get carried along with those they touch.

The Kupala Night feels the right kind of old - old like a great tree with its roots digging deep, taking grip of your consciousness, and never wanting to let go.

The Kupala games are an annual tradition, and 17-year-old Varvara is longing to go, to hunt for the Fire Flower and dance the Six Dances. But her grandmother urges her not to go, and cryptically warns her against taking part in the Seventh Dance...

It's a delight to discover mythology new to me in this tale, and it's all neatly wrapped in a story of a young girl growing up, and the consequences she might face. Beautiful writing, and a pleasure to discover a new writer for my reading list. 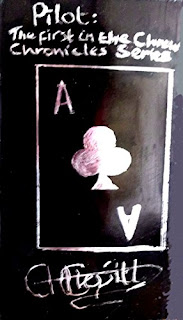 Pilot: The First in the Crew Chronicles Series, by CH Clepitt

If I had to pick one word to describe this book, it would be perky. Or wait, maybe there needs to be a bit of impertinent in there. Or vivacious. Or... you see? This one-word thing is never going to work out.

Pilot introduces us to a ship's crew with an unexpected prize haul from the latest card game while at dock: a fairy.

Where fairies go, mischief follows, and that fairy dust is soon working its not-necessarily-helpful magic on members of the crew. Let's just say that locking some of them up for their own good is a wise idea.

It's a good deal of fun, and it serves as a delightful way to meet the characters. One caveat in there is that it could do with another good scrub down as far as editing goes. There's nothing that will spoil the enjoyment, I hasten to add, but a little bit more polish here and there would certainly help it to shine all the more. 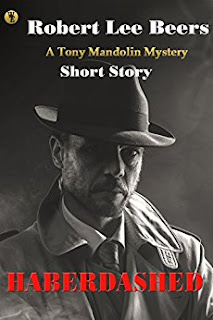 There's fashion to die for, and then there's fashion that people are literally dying over - and wouldn't you know it, but poor old Tony Mandolin has to investigate a swathe of deaths affecting the glitterati of San Francisco.

And not just ordinary deaths, but rather gruesome ones - there are few places for a camera obscurer than the one that leads to the death of photographer Michael DeSimone.

What's a downbeat detective got to do, but call on his buddy Frankie and start plodding the streets, looking for clues, and hoping not to have to call on cranky Wizard Landau Bain. Yeah, good luck with that, Tony.

Beers writes like a mix of Damon Runyon and HP Lovecraft, full of eldritch creatures and dark humour, all for our put-upon hero to have to deal with. But line up another shot down at Tony's bar, and this makes a good companion as you sip that rotgut.