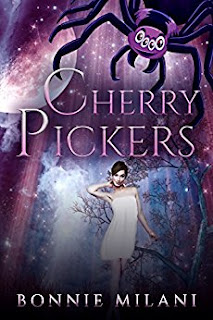 I would probably have been put off by the plot of this reading the description - but it's by Bonnie Milani, and that pretty much ensures I'll pick it up and read it regardless.

Seventeen-year-old Nikki lives on a woman-only penal colony, and the only man in her life is her adoptive brother, Sam, who happens to be a spider creature, one of the Sissyphus natives, and that just won't do for the task she has in mind. You see, Nikki wants to prove her coming of age, she wants to lose her virginity. Enter supply pilot Jake... but he might not be as keen as she hopes to seal the deal, and trouble is on the horizon. Sam might be lined up for his own part in a marriage ceremony, and Sissyphus brides have been known to eat their husbands.

All of this zips by at a brisk pace in this novella - and if you'd told me I'd be loving reading a story about attempts to lose virginity on a far-distant planet amid creatures nicknamed Sissies, I'd have called you crazy, but that's the talent of Bonnie. A fun read, a light read, and once more I tip my hat to a splendid writer, whose Home World novel was one of my reads of the year in 2016. 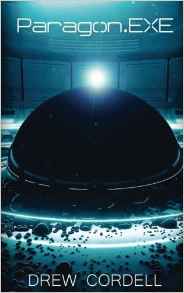 This is the prequel to Drew Cordell's Absolute Knowledge, a novella that sets up the background to the tale.

That novel takes place in a New York City of 2146, with a government striving towards achieving the Absolute Knowledge of the title in a stratified society.

It might seem odd then that this novella splits in time, part in that future, part in the Cold War era of the 1960s. Initially, the two seem very removed, but it starts to click together, and lay the pieces in place for the novel, with a mischievous reveal at the end that leaves the reader with more information than some of the characters and that tantalising sense of ohhhhh that makes you want to know what comes next.

It's not a complete standalone in many ways, but then, it's the novel you want for that. This does the job nicely of introducing Drew Cordell's writing and his world to the audience. Did I mention you can find out more about him here too?