I blame Akira. The first time I sat down and saw Akira in all its big-screen glory (at, bizarrely, the Welsh premiere), I had to go and dive into similar worlds. Soon, I was reading Walter Jon Williams, Pat Cadigan, and some guy named William Gibson, and playing the Cyberpunk role-playing game. The urgency created in worlds where technology is the daily tool and constant risk facing our heroes, where corporations dominate over nationalities, and where politics is about who wields the most cutting edge technology is a heady mix. It is a pleasure then to introduce Drew Cordell, who has just published his first novel in such great company. Without further ado, Altered Instinct is delighted to welcome Drew as a guest. Take it away, Drew. 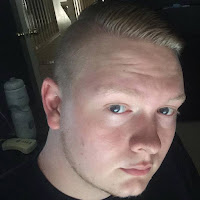 Hey everyone, my name is Drew Cordell, and this is my first guest post on Altered Instinct. I’m a new author that just published my first cyberpunk science fiction novel, Absolute Knowledge. While I’m new, I’ve learned a lot in these past two years as I finished my novel and prepared it for publication, first through a Kickstarter crowdfunding campaign then through Amazon in both paper and digital formats. I’m excited to share a truncated version of my experience with you. 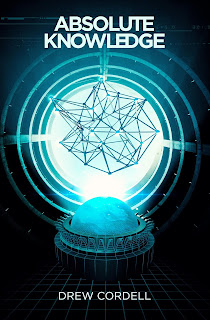 If you’re not familiar with the cyberpunk subgenre of science fiction, it’s typically represented by societies (often in the near future) that are dominated by technology, automation, and large corporations or governments that have taken more power than they ought to. A lot of books, movies, and games can be considered cyberpunk, but the main overarching theme that unites most of them is the idea of high tech and low life. Citizens are often oppressed by the very technology that enables the standard of life set in the society in question. 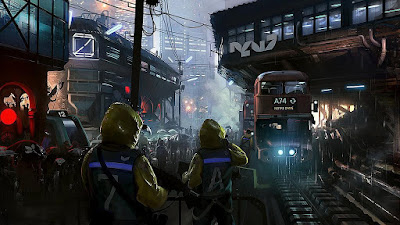 To me, cyberpunk science fiction, particularly science fiction that’s set on our own world, is fascinating. As we grow closer and closer to advanced AI taking over many jobs, it will be interesting to see how the world changes and adapts. Technology today plays a bigger part in our lives than ever before, and it’s not hard to see why many people fear an AI takeover. Whether utopian, dystopian, or something in between, AI will have a lasting outcome on our everyday lives going forward. 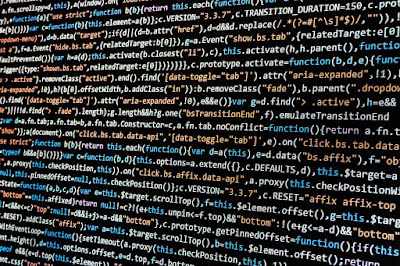 Having been an avid reader all of my life and reading countless science fiction, fantasy, and horror novels, I became fascinated by the idea of what would happen if everything in a society was automated? What would the people do for a living? What would control society? These ideas progressed into the idea that sparked the premise of my trilogy, Absolute Knowledge.

Initially, Absolute Knowledge was supposed to be a fantasy novel. There was supposed to be some sort of wizard’s alliance where the wizards used spells, and enchantments to collect people’s thoughts, improving their own knowledge and growing more powerful. I started writing, and it just didn’t work. Fast forward a few months, and I had pivoted the idea into a science fiction shell. The words (and coffee) flowed, and I had the completed first draft within eight months, a hefty 115,000 words and I had the smug attitude that I was done. This being my first novel, the truth of how much work goes into a book AFTER writing the first draft hit me like a brick. Months later and with the help of several trusted beta readers and editors, I had something that more or less resembled a completed book. It was time to figure out how to get this thing published.

With my entrepreneurship business degree (currently one year away from graduating), I settled on launching a crowdfunding campaign for my novel before my retail launch and managed to double my funding goal for the project. This helped me recuperate my expenses for editing and graphic design before my book even hit the shelves, all while doubling my initial funding goal for the project. I’m just about finished with my campaign, (just waiting on deliveries in order to ship rewards to my backers), but I’ve started a series on crowdfunding for authors which you can read right here. Despite doing a ton of research before launching my campaign, I still learned a lot (and am still learning) during my campaign.

If any other authors are interested in pursuing crowdfunding for their work, I’d be happy to provide free crowdfunding consultation and give feedback on your campaign prior to when it goes live. I want to share my experience with others and help them in their self-publishing or hybrid-publishing experience. If you’d like feedback on your project, just shoot me a message on facebook, or twitter.

As of right now, I’m transitioning into my retail launch and working hard to market my book as a blend of cyberpunk and hard science fiction which emphasizes technology and scientific accuracy wherever possible. I’m currently running several marketing campaigns through multiple outlets with varying success, and will hopefully have some good insights to share going in a few weeks once I’ve compiled all the data, but as of right now, my retail launch is going fairly well.

Hopefully, this will be the first of many guest posts on Altered Instinct, and I look forward to sharing insights on science fiction, writing, and do some book reviews on here as well. If you’d like to take a look at my novel, Absolute Knowledge, you can check it out right here.