PODCAST REVIEW: The path to success in business

This article previously featured in the Weekend section of The Tribune on December 2. 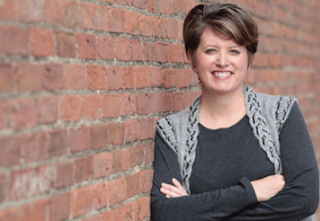 How I Built This

How I Built This is an NPR show hosted by Guy Raz – looking back at businesses in discussion with the entrepreneurs who built them to find out how they got to where they are now.
The latest show is an absolute peach. You've heard of Angie's List, more than likely, a review service that started out with recommendations about contractors over the phone and is now a company listed on the New York Stock Exchange.
Angie Hicks, the founder of the business, is such a refreshing guest to listen to – she talks disarmingly about the experience of starting out, from having to overcome her introvert nature to go knock on doors to drum up subscribers, through to when the company expanded to having a second phone and that was literally just a second phone in the same office, leaving her sometimes sitting on the floor with a phone in either hand and no hold button in sight.
From her talk, you can see how the company evolved from its early days where people would simply ring her up from a recommendation to the moment of transition when they set up their first website and realised that's where so many sign-ups were coming from and starting to move to the point of people being able to leave their own reviews.
She also talks about the harder times in the business when it was urged that they downsize, but she asked the question of whether people knew how hard it was to lay someone off, and determined to get through it without cutbacks. She did.
It's a great show, and really inspiring to hear someone's success story, and the hurdles they had to clear along the way.

Emily McDowell is a writer, illustrator and entrepreneur who quit advertising to launch her own greeting card business providing cards that reflect real-life relationships. It became a multi-million dollar business, and she joins host Jonathan Fields to discuss the path of her career – and the unexpected turns it took along the way.
She moved to California and felt instantly connected to the area, joining a free magazine that she says to this day was her favourite job – but which crashed and burned because it had no business model. But the defining moment of that time was when, in her mid-20s, she was diagnosed with cancer.
She was thankful for the medical insurance that she had – needing a million dollars in treatment but only having to pay $4,000 – and having an incredibly understanding employer. However, the way in which cancer affected her relationships with people around her and how people distanced themselves because of not being able to deal with what she was going through really struck her intensely.
Once she recovered, she didn't know what she wanted to do – and drifted a little, falling into a jewelry-making business, then advertising, before the idea for her card business bubbled to the surface.
It's a lengthy interview, full of lots of personal detail, but it's a little unfocused to listen to. It's the kind of thing that would make a great article afterwards once you cut out the meandering parts, but as a listen, it feels as if the host could be more involved to direct the conversation.
At an hour and a quarter, it feels like it could be tighter, sharper and perhaps half the length – but McDowell is still an enthralling listen as she recalls a path that might have caused many to stumble rather than soar.

The Business of Art

Russell Nohelty is a podcaster on a mission. He is in charge of a small press, Wannabe Press, and The Business of Art is about getting the job done. Whatever it takes to achieve the goal of getting the product in front of people is what he discusses on the show. The latest episode is all about Kickstarter and how to use it to generate the funds for publishing – in this case, comics.
The show is a recording of the Palm Springs Comic Con panel about using Kickstarter, and for anyone involved, it's a knowledge bomb ready to go off and splatter useful advice all over the place.
Whether it's factoring in international postage, changes in postage, trolls who pledge money only to pull it at the last minute to try to make your campaign fail – there's a ton of useful stuff in here for anyone who has used that platform.
Beyond that, there's useful marketing advice, such as the deals publishers strike with book shops for display stand placement inside the store, and advice on contracts with creators, and what creators should challenge in a standard deal.
There are shows you listen to where you think people are waffling along and don't really know what they're talking about – Nohelty and his fellow panelists absolutely know what they're talking about. For anyone in the field, it's an excellent listen.