PODCAST REVIEW: How to stay happy over the stressful season

This article orginally appeared in The Tribune Weekend section on December 23.

IT'S the most wonderful time of the year... though not for all of us. Christmas can be fantastic, and it can be stressful – so here are some shows that make us reflect on the season, and perhaps offer some guidance for those struggling to be happy at a time when everyone else seems to be. 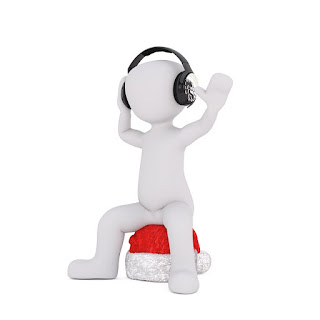 The Sporkful is normally a show about food – check their back history of shows and you'll see all kinds of shows such as when is it ok to send food back in a restaurant, alternative types of food you can discover such as a Puerto Rican form of eggnog, and so on.
But the latest show is very much in the spirit of Christmas. Host Dan Pashman says he was feeling down after the US election result and felt he ought to do something to help others to lift his own spirits. He decided to help deliver food to New Yorkers who were unable for one reason or another are unable to cook or shop for themselves, and rather than wait until Christmas, he was so taken by the idea that he started right away.
He's a warm and charming host but that's not what makes this show worth listening to. It's the people he visits, from the elderly woman in whose voice you can hear the passion when she says that when she came to work “I was an actress” or the former policeman with walls adorned with art whose sadness can be heard in his voice when he says he won't be visiting family for Christmas because they have plans.
There's some adult material here, in the descriptions of situations by that former police officer, but listening to this show reminds us very much of the people who might need a helping hand this Christmas. If you listen to this, you'll want to reach out to those in your own neighbourhood, and that's a good thing.

My first taste of this show was just that, a brief morsel – the latest show being little more than a minute in which host Gretchen recalls an occasion when she let a man have her taxi, and the sincerity of his “Bless you!” left her reflecting on the importance of such moments.
I needed more, so I dove into a previous episode, Don't Treat Yourself. The episode urges just that, not treating yourself – which may seem contrary as we head into the Christmas season. However, the focus is on what comes after the treat. If you're the sort to feel guilty or ashamed after a treat, if you have that piece of chocolate and then spend hours wishing you hadn't, or had that extra glass or two of wine then struggle the next morning, then the suggestion is to treat yourself by not having that after-effect. Turn away the treat, and reward yourself with the lack of consequences. It's a thought that may help some as we head into the season of excess.
The show also features an interview with Jonathan Fields, of the Good Life Project, whose show I reviewed a few weeks ago. He's a really good guest, lively and insightful, and very much focused on the fundamentals of who we are and how we can set about living, well, a good life.
I'm not totally sold on this show – I'm not sure exactly where to put my finger on it, but it feels like a show for those with the time and comfort to explore how to be happy. Still, there will be those who find it hits the spot.

Dan Harris is a familiar voice – he's the co-anchor of Nightline and the weekend edition of Good Morning America. In fact, he had a panic attack live on that latter show, which led him to explore ways of dealing with happiness and panic, and taking up meditation, something he previously thought ridiculous.
The aim of the show is to explore whether ambition and happiness, enlightenment, are compatible.
For the Christmas season, the latest episode explores how to handle holiday stress. Alongside guests Sharon Salzberg and Kate Johnson, both meditation teachers, as well as David Gelles, a New York Times business reporter, they discuss the sometimes absurdities of the festive season – such as striving to create the perfect environment in which we then shut ourselves in with all our family and start drinking alcohol. It's little surprise some arguments ensue!
It's a useful discussion, touching on such things as how we compare our holiday with that of others we see on social media, or how if we set ourselves high expectations from our holiday break – or on into our New Year's resolutions – we can set ourselves up for failure. The advice here can help to focus the mind on the goal of enjoying the holidays, rather than the goal of striving for a perfect holiday, and that might help some of us as we dash through our last Christmas preparations.
Perhaps a little long for a pre-Christmas listen at 55 minutes, but if you're stressed out, then this is one to listen to when you take over the bathroom for some important me time.