PODCAST REVIEW: Using your smartphone to reshape how you see the world

How is technology changing your life? This week's podcast review covers some of the ways that the world is transforming - for good or ill - thanks to the smartphone in your hand. 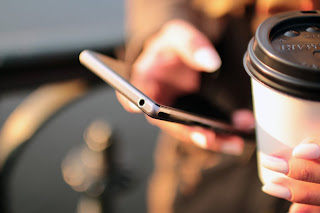 To The Best Of Our Knowledge
The starting point of To The Best Of Our Knowledge's exploration of tech and its effects on the world is hailing a cab, getting from A to B. But rather than walking into the street and waving an arm until someone stops, instead we have a smartphone app that locates the nearest free vehicle, signals it and gives you all the information about getting to your destination that you need. A simple enough progression perhaps, but what about the knock-on effects? With such a method, in a city environment, do you need a car any more? How about the cars themselves? Do they need to be taxis? Or how about if they are private suppliers, with ratings supplied by other users, such as on eBay, to tell you who is a good driver to make use of, and who you should maybe skip? What about the workers themselves - is this what they do for a living? Or is this just one of a handful of freelance jobs that they do to create the workload that they want, in the hours that they want it?
The podcast continues by talking to one of those freelancers, a woman in her 40s with a long list of credentials who packed her old job in to work more freely. It sounds a little crazy, gone is her security and she talks of one of her first jobs being rushing snacks to a company in time for a staff party. And yet, when given the chance to reclaim security and a full-time post, she says no - because she has adapted her life to her more independent hours, even if that independence comes with insecurity.
Another guest refers to this new raft of workers as the Precariat - a whole band of workers spending hours hunting for freelance work in order to fund their more fluid, and precarious, lifestyle. The forecast is for more of this kind of work in the future - but in a global setting, that means competing for jobs with those who put in lower bids from locations with a lower cost of living, and no longer having a profession. These workers are no longer a labourer, a writer, a nurse - they are multi-taskers, jacks and jills-of-all-trades without the acknowledgement of being masters of one.
The societal effects of this change is already being seen - one correspondent notes how the increased access to commercial deliveries appears to have a relationship to the drop-off in attendance at social events and churchgoing, for example. Where next? That's the question posed - with not all answers yet clear to see - in this podcast.

Note To Self
Sticking with the theme of getting around with the help of apps, Note To Self explores travel with the aid of technology - with the company Bridj being a launch point. This is a company based in Boston, and focusing on using data to dictate where the bus routes should go. Founder Matt George reckons he can use data to figure out where people need to go in, more or less, real-time - and change the routes to fit the needs of the passengers. Here's the extra thing - Bridj has no vehicles. Rather, they work out the routes then hire actual bus companies for the wheels.
There are a whole bunch of other ways in which you can get around already thanks to apps and data from your smartphone and producer Alex Goldmark tests them out in this podcast. He tries to make a road trip to New York from Boston. Does he make it? Well, I won't spoil the listen - but his journey certainly shows the variety of ways that are already here, and that will surely only grow in the future.


Slack Variety Pack
Staying with technology, recently here in The Bahamas there have been rules discussed for the use of drones. But here, we have a discussion about the use of drones in perhaps an unexpected way, by farmers. Farmers spend a lot of time on their land - an awful lot, and that takes time. Drones are the flavour of the month in the farming industry at present, because it takes that time back. Rather than having to walk a field, check the livestock, check the state of the crops and fencing, etc, a drone can take the time out of that. As one farmer says, you can just send a drone out flying over the land, download the information to your iPad, even see from the drone information if a cow is having trouble having a calf - and a lot faster than you would have discovered that if you had to walk the entireity of your lands. Another farmer estimates a 45-minute walk checking the land can be done in ten minutes using a drone. The range of uses is only just being discovered - as long as legislation lets the forward thinking make the most of those possibilities.