Authors Alei Kotdaishura and Ricardo Victoria - both Mexican writers featured in fantasy anthology Tales From The Tavern - joined Inklings Press for a chat about the writing that inspires them, and what's been on their bookshelf lately.

Hi to you both - and congratulations on being featured in the anthology. The anthology is fantasy fiction of course. Tell me, and tough question I know given the sheer range out there, but if you had to pick one, which fantasy novel would you say left the biggest impression on you?

Ricardo: Just one? Man that’s tough, because there are so many, but I will go with Guards! Guards? By Sir Terry Pratchett. 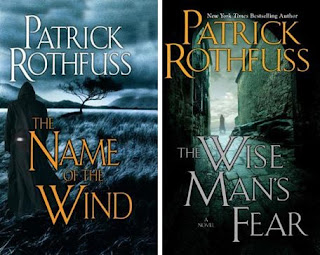 A little cheating there, Alei, that's two authors and several books! But we can let you off. So what was it about those novels that each of you found made such an impact?

Alei: The complexity of the worlds and the way both authors are able to develop characters that you could actually see right next to you if they were real.

And for you, Ricardo?

Ricardo: While it wasn’t the first book by Pratchett I read (that honor goes to Mort), it was the one where I felt more connected to the world he masterfully built. All the nuances, the sarcasm, the flowing plot connecting diverse genres in a story about human expectations. It is a weird mix of noir sleuth novel, with traditional fantasy and a bit of commentary on who is fit to wield power. It is hard to describe but there is no boring moment on it, everything has a purpose. Also in Vimes, the Librarian, Carrot and Vetinari, he crafted superb characters that defy their usual roles of a traditional story. I mean Vimes is apparently set up to be the mentor to Carrot, but ends being this Columbo-esque figure that saves the world with brains. Carrot is basically the promised prince that acknowledges that being that doesn’t means he is fit for rule and is happy to live a normal life –as normal as it can be in Ankh Morpok, the Librarian is… well Oook. And Vetinari, instead of being this villainous tyrant ends being a reasonable ruler that actually cares for his city and its inhabitants but has to be a magnificent bastard to rule such unruly place. And he does it with grace and humor. I think that’s the book where Pratchett hit his best qualities and never looked back.

Is there a fantasy writer whose style you aspire towards? 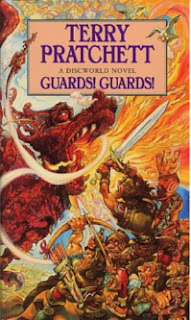 Alei: I love his ability with humour.

Ricardo: If I can be as half as good and productive as Sir Terry Pratchett, I will be delighted. He doesn’t get as much recognition for his style as he deserved in life, but he is a master of subtly hitting you with a train. I mean, he can interlock plots, create memorable characters that are barely mentioned, twist any trope available to mankind, mix scientific explanations with magic in a coherent way and make you laugh at the human condition while making you reflect upon it. And for those that say that he only wrote comedy, they are wrong. His stories are a mix of dark fantasy and political satire. The comedy is just the dressing to make it palatable.

I admit I also like some of G.R.R. Martin style, not in the actual prose, but the crafting of interlocking plots, world-building and mytharcs rarely seen coherently in fantasy literature, while avoiding or mocking the usual tropes of the genre.

We're not going to argue with that ringing endorsement! (Though we'll sneak in some love for Good Omens, his collaboration with Neil Gaiman) So, moving on to what is on your bookshelf, whose work are you reading at the moment? 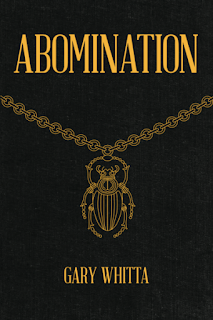 Ricardo: Gary Whitta (the screenwriter of the Book of Eli) and G.R.R. Martin.

And lastly, what's the best piece of fiction you've read this year? 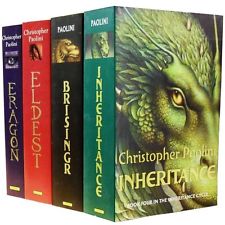 Alei: So far, the Inheritance Cycle.

Ricardo: Abomination, by Gary Whitta. A wonderful mix of history, Lovecraftian themes and fantasy, all well balanced in a single volume. No need for an overlong saga when the story is crafted as well as this one.

Thank you, both, we'll let you get back to the book pile!

Tales From The Tavern, featuring Ricardo Victoria and Alei Kotdaishura alongside three other others, is available from Amazon here.
Posted by Leo McBride at 07:33