Christina McMullen is someone I first met on Twitter - and who has always been supportive of other authors, cheering them on, sharing their work and generally being an absolute gem. With a new book coming out, what else could I do but invite Christina to the blog to chat about it? Read on! 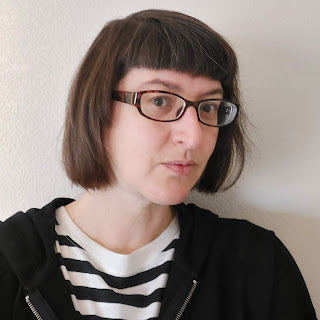 Hi there, and welcome to Altered Instinct! Tell us a little about your most recent book – what is it called, and what is it about? Give us your elevator pitch to make us fall in love with it!

Poster Child is the fourth book in the Maxima City Talent series, which takes satirical pot shots at the superhero genre. This one follows Acrobot, a Malevolent talent who would rather mastermind from the shadows, but her boss has other ideas. Without giving too much away, underneath the humor and many salad related puns, it is a very heavy handed tale taking on the difference between inclusion and token diversity.

Initially, a conversation with two other authors, Ben Mariner and CB Archer, about lower ranking bad guys inspired the first book, A Shot at the Big Time. But even as I was writing, it grew in breadth to encompass all of the questionable actions that are glossed over in the superhero genre, especially the property damages levied by both sides.

I’d always intended for it to become a series, but after suffering some major burnout, I took a rather long hiatus that I am just now emerging from. So instead of trying to muscle through,  I enlisted the very writers who inspired book one to write in the same universe and I can’t be happier with what they’ve done with it. As for this particular entry, I’ve had the basic plotline for Poster Child in the back of my head for a while, but the finer points were updated to reflect a more current vibe. 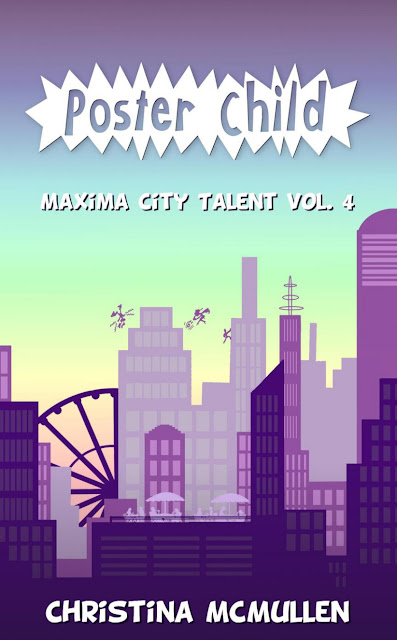 This would definitely be Bogie, the English language butchering demon with a heart of gold from the Rise of the Discordant series. He was just meant to be part comic relief, part homage to Robert Asprin’s Myth series mobsters, but he quickly became everyone’s favorite, which led to a much bigger role in the series overall.

Science fiction, fantasy, and speculative. Within the fantastic, I’m all over the board. I’ll read a hard sci-fi or a fluffy YA time travel tale. I do tend towards urban fantasy and humor over the swords and dragons.

Honestly, all of them. Of course, I love it when people like my books, but the opposite can be fun as well. 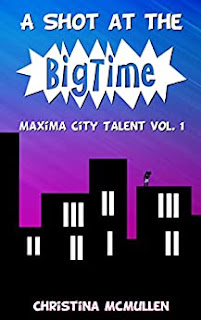 This year marks my 10th anniversary as an author, so I’m hoping to do a series of shorts that follow the characters of my first series, ten years later. After that, I’ve got a whole slew of ideas that have been simmering on the back burners for a while. I can only hope one of them becomes something delicious.

In Mid-November, 2017, for the briefest of fleeting moments, my Rise of the Discordant series box set hit number one in the humorous fantasy category on Amazon. Having the #1 orange banner was pretty nice, but what truly made me jump for joy was the fact that in the number two spot was Good Omens. Of course a screen shot exists. I’m surprised I haven’t printed and framed it yet.

I’m a giant Star Trek nerd who is very happy to be living in such a rich and bountiful moment within the franchise.

Though no one’s full sexual identity is broadcasted, it is heavily implied that Acrobot is aromantic and considers sex a fun distraction and nothing more.

I’m on Twitter @mcmullenwrites and I have a blog that I’m trying my best not to neglect at www.vampiresandrobots.com

Interestingly enough, I’m currently reading the Tales from Alternate Earths compilations at the moment since I’ve been in a short story mood for a while. As for the best so far, whew, there are many and I have to say shamefully that my “you still haven’t reviewed this” pile is about 2 years overdue (thanks pandemic augmented depression), but one that sticks out is Ken Hoover’s The Midnight Agency, which I discovered thanks to it being in the same universe as Reese Hogan’s Holding the Ashes, which is a really amazing read. 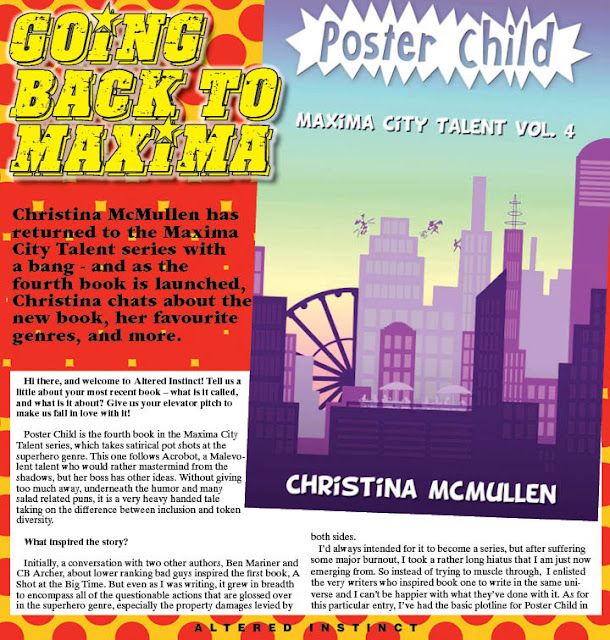 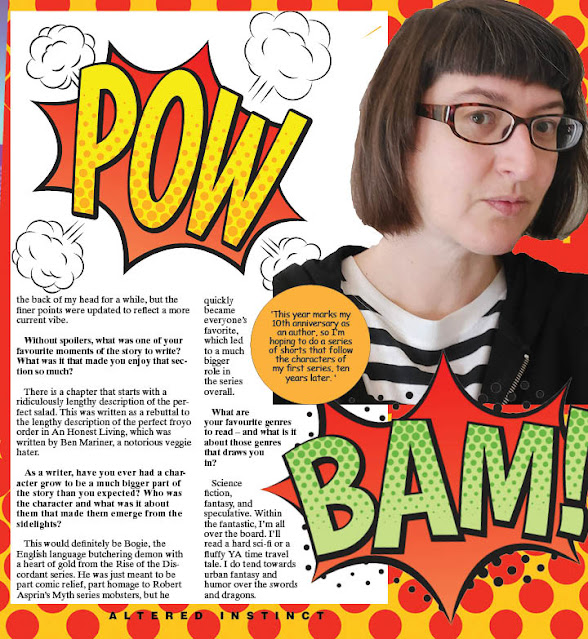 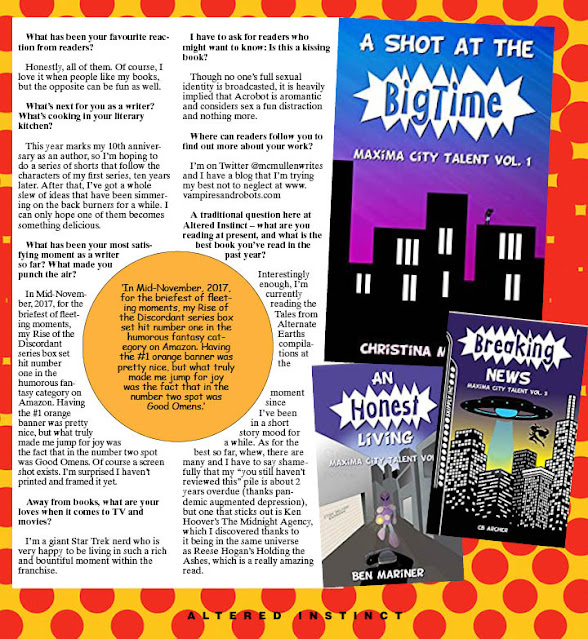