Claire Buss is no stranger to this blog. We've reviewed her work - and she's been published in Inklings Press books too. She's a smashing writer, and her Roshaven series is in no small part inspired by her love of Terry Pratchett's books. She has a new book in the series coming out and asked if she could stop by the blog to tell you all about it. So without further ado... take it away, Claire! Tell us all about... The Silk Thief. 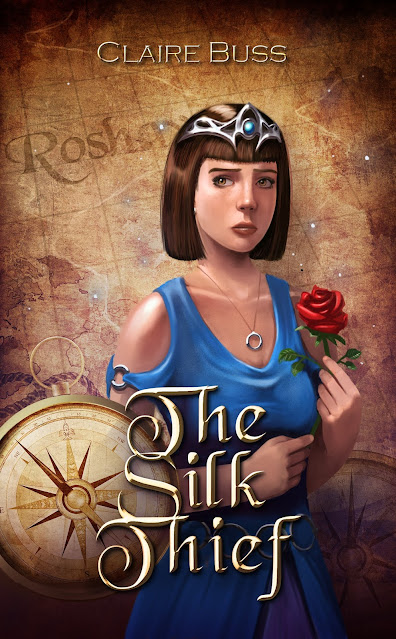 Fourteen, heir to the Empire of Roshaven, must find a new name before Theo, Lord of neighbouring Fidelia, brings his schemes to fruition.

Not only has he stolen Roshaven’s trade, but he plans to make Fourteen his own and take her empire in the bargain.

Her protector, Ned Spinks, is plagued with supernatural nightmares whilst his assistant, Jenni the sprite, has lost her magick.

Can they figure out how to thwart Theo’s dastardly plan before it’s too late for his city and her empire?

The Silk Thief is the second quirky magical mystery adventure set in the Roshaven series of humorous fantasy novels. If you like the wit and humour of Terry Pratchett’s Discworld, then you’ll love The Silk Thief.

More about the Roshaven books 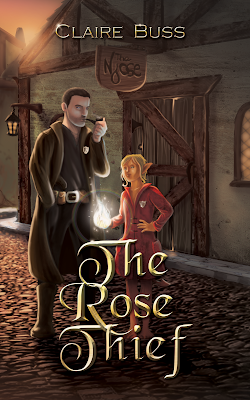 Someone is stealing the Emperor’s roses and if they take the magical red rose then love will be lost, to everyone, forever.

It’s up to Ned Spinks, Chief Thief Catcher, and his band of motley catchers to apprehend the thief and save the day.

But the thief isn’t exactly who they seem to be. Neither is the Emperor.

Ned and his team will have to go on a quest; defeating vampire mermaids, illusionists, estranged family members and an evil sorcerer in order to win the day. What could possibly go wrong?

Editor note: I reviewed The Rose Thief here - and really enjoyed it! 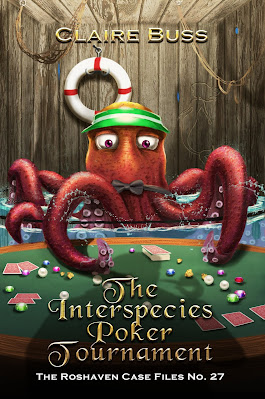 The Interspecies Poker Tournament, Prequel Novella to The Rose Thief

Ned Spinks, Chief Thief-Catcher, has a new case. A murderous moustache-wearing cult is killing off members of Roshaven's fae community. At least that's what he's been led to believe by his not-so-trusty sidekick, Jenni the sprite. She has information she's not sharing but plans to get her boss into the Interspecies Poker Tournament so he can catch the bad guy and save the day. If only Ned knew how to play! 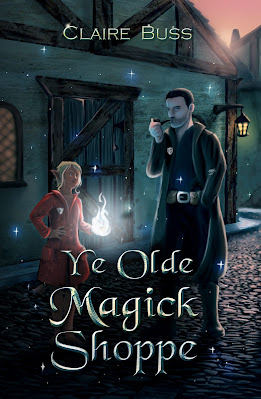 Join Ned Spinks, Chief Thief-Catcher, and his sidekick Jenni the sprite in this short story about an unwanted magick shoppe.

This free short story is available in ebook everywhere: https://books2read.com/u/4XXPw1

“A wonderful tribute to the Late Great Sir Terry.”

“If you are a fan of the discworld you will love this book.”

Claire Buss is a multi-genre author and poet based in the UK. She wanted to be Lois Lane when she grew up but work experience at her local paper was eye-opening. Instead, Claire went on to work in a variety of admin roles for over a decade but never felt quite at home. An avid reader, baker and Pinterest addict Claire won second place in the Barking and Dagenham Pen to Print writing competition in 2015 with her debut novel, The Gaia Effect, setting her writing career in motion. She continues to write passionately and is hopelessly addicted to cake.

Editor note: Want to learn more about Claire? Check out her interview here.