Meet the author: CH Clepitt chats about writing, audiobooks - and Murder She Wrote!

CH Clepitt is a writer whose work I've regularly enjoyed if you've followed my reviews. I particularly enjoy the Crew Chronicles, a sci-fi series of short tales about a crew making its way through a universe filled with fairies. Making a return visit to chat about writing progress, well... things get out of hand. I take no blame but all the credit. Yes. Ok. Murder She Wrote kind of got involved. You'll see. Read on. 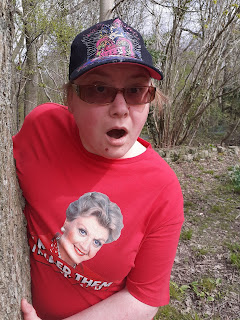 Welcome back to the blog! Last time you visited was shortly after Everything Is Better With A Cape came out – what are you working on at present?


I’m working on two things at the moment: a contemporary romance called “Checked Out: A Lesbian Librarian Romance” - don’t even start - and my version of Beauty and the Beast called “Eye of the Beholder”. Rather like my “fixed” version of Twelfth Night, I am making it queer, but also ‘fixing’ all the problematic bits. It’s gunna be very different from any other interpretation you’ve read (I hope). 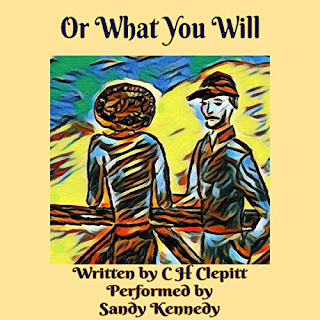 You’ve done a few audiobook versions of books – tell us a little about the process. How did you find narrators and what were the unexpected things you encountered along the way?

I think the most unexpected thing was actually being able to get my work onto audio! Being visually impaired it was very important to me to make my books accessible. I was initially concerned about the audiobook process, because all the articles I read said that no narrators would work with indie authors on a royalty share basis, and if you wanted a good one you would need to pay them up front. That’s quite a big initial outlay. Turns out, this isn’t true. Lots of narrators will work with you if they like the writing and think it’s something they’d enjoy reading. I put my books up for auditions and then listen to them and choose the best ones. Sometimes I approach a narrator I like the sound of and ask if they’d like to work with me. So far I’ve been lucky enough to have them say yes. I have plans to work with a friend on future recordings. They want to get into narrating, and I have lots of stories that need to be made into audiobooks! Hopefully we can both make a little money too.

Obviously, life is proving to have more than a few challenges this year… how are you faring with the lockdowns going on and what are you doing to fill your time?


I switch between very calm and super high fight or flight anxiety. Obviously there’s nowhere to fly, but the recent fly invasion has given me something to fight… follow me on Twitter for ninja fly warrior updates. I can assure you, they are thrilling… Honestly, I am struggling to focus on anything for too long, so lots of easy games on my phone. I am aiming to write a chapter a week and even that’s hard at the moment. Hopefully it’ll get easier. 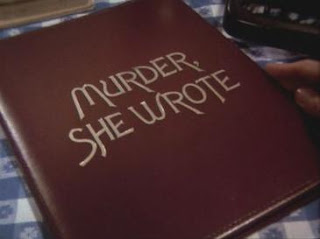 I see you’ve been having a Murder She Wrote marathon! Imagine, if you will, you get to script an episode. What happens and whodunnit?

Cabot Cove, 1989. Jessica Fletcher sits at her kitchen table typing, when her phone rings.
Jessica: [getting up and walking to the phone] Oh my goodness, who can that be at this hour? [answering] Hello? Jessica Fletcher.
Phone voice: [crackling] Jessica? It’s Marti. Marti Singer?
Jessica: [surprised face - massive eyes] Marti? Oh gracious, how long has it been?
Marti: Oh goodness, I don’t know! Twenty years at least! I’m so sorry to bother you! I came in on the 9pm flight from New York, I’m supposed to be staying with Dave for Mom’s 80th birthday, but when I got to the house it was dark, all the lights were out. I had to walk half an hour to get to a payphone and I’ve been ringing and ringing and I can’t get an answer. The only other name I recognised in the phonebook was yours! I’m sorry to bother you!
Jessica: Don’t be silly Marti! It’s no bother. Are you at the phone box by the bay? I’ll come and meet you. You can spend the night here and we’ll pop in on Dave in the morning.
Marti: Thank you Jessica.
Cut to next morning, around Jessica’s breakfast table
Marti: Thank you for taking me in Jessica. I would have had to sleep on a bench otherwise!
Jessica: No problem at all, Marti. I wonder why Dave wasn’t answering the door though.
Marti: The last time we spoke he said that Doctor Haslet had prescribed him sleeping pills. Maybe they knocked him out.
Jessica: Maybe. Well, come on, let’s take a walk over and see if he’s up!
Cut to outside Dave’s House. An ambulance outside and paramedics are wheeling out a body bag. Pan to Marti - hysterical - running up to Amos.
Marti: Sheriff! What happened?
Amos: Step aside, Miss. This is official police business!
Marti: But this is my brother’s house!
Amos: Brother, you say! And who might you be?
Marti: [Producing a driver’s license] I’m Marti Singer.
Amos: Well, that’s odd.
Marti: Why?
Amos: Because that [indicates body bag] is Marti Singer.
Marti: What?
Amos: I think you’d better come down the station with me.
Jessica: [butting in] Amos! You can’t possibly….
Amos: Not now, Mrs. Fletcher, this is police business. Floyd, please take this lady for questioning.
Floyd: [leading Marti to a police car] This way, ma’am.
Jessica: But Amos!
Amos: Not now, Mrs. Fletcher.
Pan to Jessica looking a mixture of shocked, surprised and constipated, big eyes. Fade to black.

That’s the ad break, folks. If you want to find out what happens after the break. Pop a comment and Leo might let me come back next week... 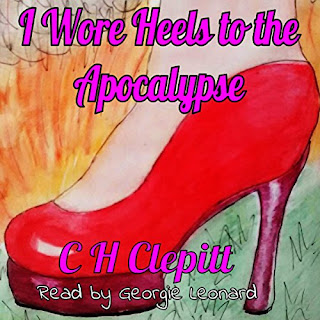 Um. Yes. I may need a nice cup of tea now. What’s been the best response you’ve had to one of your books? The kind of thing that has been a real encouragement?


When I first released I Wore Heels to the Apocalypse I was met with a lot of homophobic responses. But the best response was a friend buying a copy for her housemate, and when I asked why she thought her housemate would like it she said something like “she has dated men and women and I think she would like to see that in a book”. It made it worth it to me. Representation matters and that’s why I won’t stop, no matter how hard it is.

What are your release plans for the year ahead?


I’m finding it really hard to focus on writing at the moment, but I hope to finish both my current projects, and maybe get some audiobooks released too. Watch this space.

Tell me, if we could wave a magic wand, what would be the goal you most want to achieve with your writing in the next couple of years?


The hardest part, getting people to notice it! When people read my books they really enjoy them, and usually read the whole series, but trying to get people to notice them feels a lot like screaming into the void at times!

The usual question we have here for visitors – what are you reading at present, and what is the best book you’ve read in the past year?

I am reading the original Beauty and the Beast (research for my project) and I am listening to the Sherlock Holmes stories on audio. I reckon my best read this year was the Batwoman graphic novels, I love them and am super excited about the series.


Thanks for having me!

Very welcome! Ooh, and perhaps I should point the Sherlock Holmes graphic novel A Study in Scarlet your way! Still have to catch up with the Batwoman TV series here because of being so far behind on all the CW shows, but looking forward to it. Thanks for visiting the blog, and welcome back anytime!

Keep up with CH Clepitt over on Twitter at @BadgersTweetToo or on Facebook here.
Posted by Leo McBride at 11:12