Author, artist, musician... Ian Bristow is a very talented man. He also has a new book out - Contact released just before Christmas, and is the first of a series. He joins us at the blog to chat about its creation, its inspiration, and give us a little glimpse of what he enjoyed most about writing it. 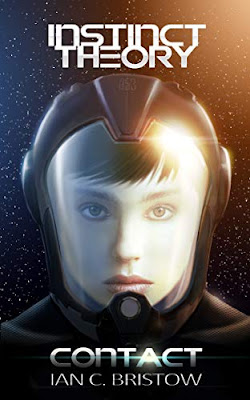 Welcome to the blog - and with a new book too! When you last stopped by, this was a WIP so congratulations on publication. Tell us a little about Contact.
Hey, thanks for having me. Contact marks my first voyage into the world of sci-fi writing. It was equal parts fun and difficult to write, but the end result is a book I’m quite proud of. And a writer can’t really ask for more than that.

So it's a story of discovering a new culture - what did you enjoy most about developing that culture as a writer?
Developing another culture that my human readers could empathize with was a fascinating journey. It certainly taught me a lot about the small realities that sometimes slip through the cracks of our daily lives. One main point I came to realize is that you can put a character in any skin you like, but in the end, if they don’t have similar difficulties to those the human reader has experienced, they will never truly be someone the reader can feel for and connect with. 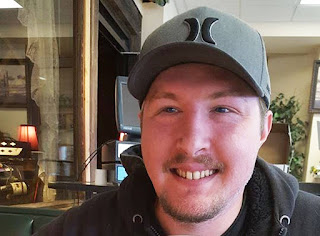 I see the reviews mention a bunch of different apparent influences - the likes of Star Trek as you boldly go to a new world or Avatar and so on, but what would you say your influences are for this story?
Quite honestly, my main influence came from a concept that brewed in my mind during a Cultural Anthropology course in college. I thought, what might it be like to become the first cultural anthropologist to study and alien race? And that infant of thought led to the book, as they tend to. I’ve seen my share of all things sci-fi in pop culture, so no doubt those things played into the initial ideas once I had my main concept, but I didn’t purposely do the recipe thing: 1 part Star Trek, 2 parts Avatar, etc.

For me, perhaps the most intriguing thing in exploration stories is what they show about our culture - and your story shows some of the dark side of humanity's approach. What did you enjoy most about what the story shows us about who we are? 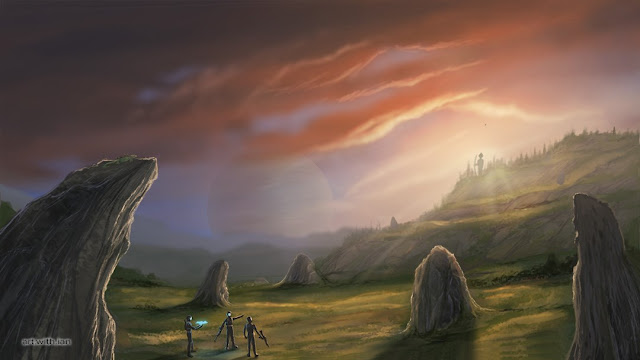 Great question! The classic idea of good vs evil is at play here, but not so simple as the idea that some people are evil and some are good. It’s about how human motivations can range from selfish and misguided to selfless and informed and everything in between. Between black and white are all manner of shades of grey, and that is where real people live, and so that is where my book lives. The ‘antagonist’ is more a group of people fearing for their lives than it is one bad guy with an eye patch petting a cat and barking orders at cronies. Granted, there are a select few who have let that fear manifest into making decisions that are incredibly cruel and inhumane, and some who hold onto age old ideas that some people are of better stock than others. The ‘protagonist’ is a group of people willing to use their skill and knowledge to do what they can to find a peaceful solution to a devastating reality.

You're an artist too of course - and the cover is by you. What were you trying to capture in the cover?
For the cover I wanted to show the potential reader that they are looking at a sci-fi novel within a split second. Additionally, I wanted them to know the MC is a woman and that she will be venturing into space. I’d like to think I accomplished that.

What's been your favourite reaction to the book so far?
By far it’s that the story feels well researched and like something that could actually happen. I worked tirelessly to bring a sense of authenticity to the read, not just write something hyper-fantastical that’s fun to read but has absolutely no gravitas.

This is the start of a series, yes? Is the sequel under way already? Any hints at what we might see? Without spoilers, of course!
It’s set to be a duology, and I will be starting the sequel this April. I took a much-needed break from writing after I finished Contact, which was a two-year writing project that drained me well and truly of all creative writing energy. But I’m starting to come back to a boil now. The sequel will wrap the story (at least that’s the plan), so my readers can expect a lot of loose ends to be dealt with. Also, there will be a good amount more world building involved now that the main cast is already on the world they had to travel to in the first book.

Is there a soundtrack? I know you compose as well, but wondering if you have a playlist to go with the book.
I listened to a lot of progressive rock while writing the book, namely Camel, Pink Floyd, Porcupine Tree, Opeth and Haken. But I also listened to Gustov Holst’s The Planets quite a bit (which I’d recommend highly to readers who like to listen while they read). I personally haven’t composed any music to go with the book outside the music I wrote for my trailer. Though it is a neat idea that I might pursue. Perhaps I could release a score for the series when I release the second book.

How did you come to want to explore anthropology?
As I mentioned before, it was taking anthropology in college that inspired me. As any writer should be, I’m incredibly fascinated by the human condition, and cultural anthropology is one of the best classes I’ve ever taken for looking at what it means to be human without holding onto our own cultural biases, but rather purposefully detaching ourselves from them to open up the door for empathy that would have otherwise been very hard to achieve. 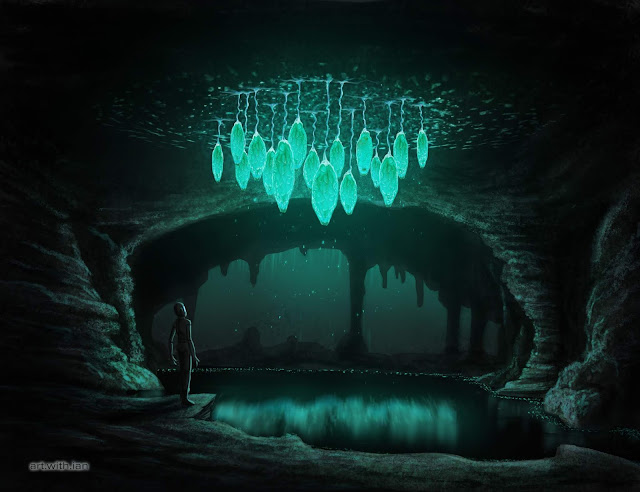 What kickstarted the story in your head? Was there some particular moment that slotted together as the key to the tale?
I had to write a paper on ethnographies in class and that is what gave me the main idea for my MC’s objective in going to study the aliens.

What's next on your literary or artistic palate?
As for writing, I’ll be writing the sequel to Contact. For art, I paint almost every day, so it might be client work or maybe just something I fancy painting. But I assure you it will be something.

A traditional question here at Altered Instinct – what are you reading at present, and what is the best book you’ve read in the past year?
I’m currently rereading the Silmarillion by (do I really have to say?) Tolkien. The best book I read this past year was hands down Not To Be, by the vastly talented author E.M. Swift-Hook. I can’t recommend her writing highly enough.

Thank you very much!

Contact is available on Amazon.
Posted by Leo McBride at 07:59