Welcome back to my regular round-up of book reviews - this week, we have Hugo finalists and classic Alan Moore comics, the finale of a series I've been loving this year and even some poetry. That said, time for the reviews... 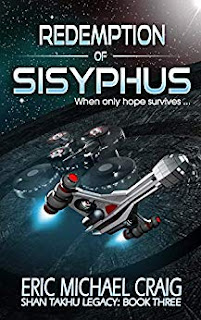 One of the highlights of my reading year so far has been the Shan Takhu Legacy series, by Eric Michael Craig. The first two books earned their five-star reviews, with the first book, particularly, already looking a likely contender for my top books of the year list - and it's only April.
So does the finale live up to its predecessors? It absolutely does, bringing a slam dunk of a finale to the series yet still offering the tantalising promise of something more in future.
When we left off, the pieces were all in place for an almighty space conflict. While one group of humans tries to unravel the mystery of an alien presence, a manmade AI assumes control of political and military structures in an attempt to destroy that alien being, all to save mankind no matter what the price.
Even at this late hour in the series, there are twists galore, as the conflict widens to new horizons. Sacrifices are made, heroes are made... and die.
Very much in the mould of Niven and Pournelle's classic blockbusters - or one for the fans of the Expanse series - this is a real page-turner. The end, when it comes, is as grand as all that went before it. A smashing sci-fi series, I heartily recommend it.

Redemption of Sisyphus is available on Amazon here. 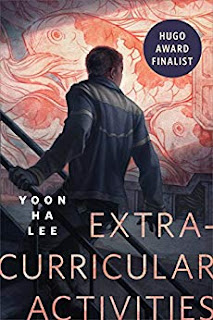 One of my favourite sci-fi characters of all time was the Stainless Steel Rat himself, Slippery Jim diGriz. He was a scoundrel and an adventurer, a ne'er-do-well who shone, a cat who always landed on his feet. Were he updated to the modern day, he might well be the lead character of this novel.
Shuos Jedao is a military officer turned spy, a warrior in a trader's vessel, a plunderer of pirates and with a weakness for good-looking men.
He launches into an adventure to track down a lost ship. Where is it? Behind enemy lines, of course! Oh, and there might be a traitor involved. With links to Jedao's past.
Swiftly painting a picture of Jedao's universe with cultural depth, the author really creates a fun adventure. It's a riproaring piece of fiction, and I really enjoyed it.
I did have one quibble - I really liked the LGBTQI representation, and part of that was one character taking the pronoun "they" rather than he or she. However, we didn't get much more detail about that particular character for a while, so it was hard to form much of an image of who this person was, leaving a hazy, fuzzy unknown as I continued to read, which threw me out of the story a little until I just decided to roll with it. Such representation, after all, is rare enough that it is absolutely a positive.
Quibble aside, I'm looking forward to reading more in this setting. I'll be sure to dive into the Machineries of Empire series it spins off from (and which is already on my Kindle). 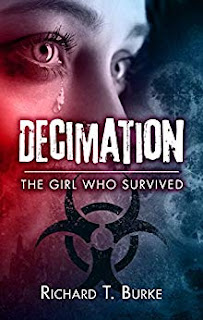 Decimation: The Girl Who Survived, by Richard T Burke

The future world of Decimation is a dangerous one - especially for women.
Richard Burke tells of a world where pregnancy is a death sentence. A virus has resulted in childbirth being fatal, which leads to the decimation of the title, population dropping by 10% at a time without a new generation to replace the old.
Into this situation is plunged the admittedly implausibly-named Antimone Lessing (though I do hope the surname is a tip of the hat to the splendid author Doris Lessing). She is a teenage student aiming to take part in wheelchair athletics after recovering from an accident that cost her the use of her legs - until she finds out she is pregnant. She doesn't know how or when she conceived - but she knows her future holds only death. Until the miraculous happens... and she becomes the girl who survived. That, however, is only the beginning of her troubles.
As dystopias go, this one is particularly rough on women. Aside from the slow death that Antimone is sentenced to, we glimpse other characters - prostitutes and drug addicts - who are raped and impregnated as part of efforts to try to find a cure. The policewoman investigating Antimone's case aside, there's perhaps not a single female character who isn't affected by violence or cruelty in some fashion - and that can be pretty rough to read at times. As we hop around the stories of some of those characters, I kept wanting to come back to Antimone's story, however, and see how she would find her own way out of her situation. She was very refreshing as a character - and I was very much rooting for her throughout as she tried to find salvation for herself... and perhaps for the world.

Decimation: The Girl Who Survived is available on Amazon here. 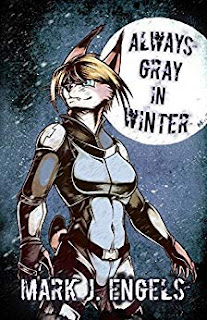 There's a bit of genius at the heart of Always Gray in Winter. A secret has been simmering under the surface of history - and it's about to bust loose. Pawlina Katcynski is a werecat, from a family line of such beings, and that's bringing her trouble because old rivalries put her squarely in the sights of another clan.
The story erupts from the pages as if it were an anime or manga creation. There are larger than life characters, and everything moves at such pace that the plot becomes a bit of a blur at times. There were moments I wasn't quite sure what was going on or if we'd dropped into a flashback or not as the timeframe wasn't terribly clear but on the book galloped regardless.
We also have quite a large cast that we could have taken a little longer to get to know, pieces of dialogue in broken English (deliberately so, with characters from Polish and Korean backgrounds), and a bit too much military dialogue that assumes the reader knows what it means.
That sounds like I'm being negative, but I'm not, it's more that if you find these things jar you, stick with it because there is a fun ride here.
I really liked the family dynamic at the heart of the story. The werecats are bonded by being outsiders to the rest of the world, they are hunted and subject to experimentation, but despite it all, they function as a family, playing hockey together, griping at one another's annoying habits and being there when needed.
All in all, I liked this - I'm giving it three stars because of the confusing passages, but a fan of anime, of military sci-fi or, indeed, of furries might well add an extra star.

Always Gray in Winter is available on Amazon here. 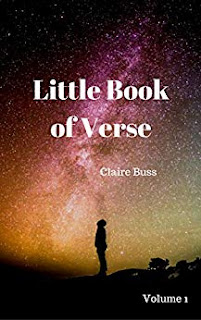 I don't often read poetry, but I have read work by Claire Buss before, so when I saw this on a bargain offer, I picked it up.
Not long ago, I'd read a collection of poetry by a famed "Tumblr poet" and was unimpressed by the bumper sticker nature of some of the work. It was flimsy, lacking substance. Condensing emotions and concepts into just a few words is no easy task - goodness knows it's a talent I don't have. It is a talent that Claire Buss certainly does have.
She gives us a glimpse into her life, the life of a mum, a writer, an observer. There's a tenderness in moments, and a heartache in others.
There is substance here, and I feel better for it having crossed my path.

Little Book of Verse is available on Amazon here. 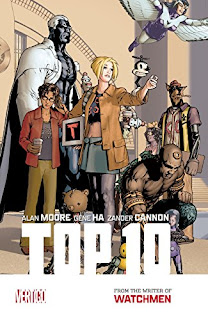 Lately, I've been reading through some classic Alan Moore work - Watchmen, V for Vendetta and the mighty Halo Jones - but I'd never actually read Top 10.
It was time to remedy that. I'd heard great things - it's kinda hard not to hear great things about Alan Moore work, let's face it - but never actually picked it up previously.
From the off, it's at once very different from a lot of Moore stories and yet hits familiar beats. The cast is a disparate group of cops, super-powered police to look after a city full of super-powered people. Everyone has powers here, from the blind taxi driver steering by Zen to the prostitutes being hustled in and out of the police station on a regular basis.
The storyline takes the approach of a police procedural - think Hill Street Blues with superheroes. The cops get cases, they go to investigate, and cases that seem very different start to come together with a common thread that brings us the core storyline. That takes a while to come together, though, so at first it all seems a bit by-the-numbers and not much like Moore's other work.
With such a large cast of characters too, it can be hard to get to know the cops going about their business. One or two we barely get to know at all - so it's hard to feel much for them when it all starts to go down.
Throw in some threads so loose I don't think even the author remembered they were there to tie up - seriously, what happened to The Rumour or the Ghostly Goose plotlines in here - and it's all a bit underwhelming, particularly when you know what Moore is capable of.
What is without doubt is that the artwork by Gene Ha and Zander Cannon is sensational - and packed with little Easter eggs of familiar-looking characters from other publications.
It's an interesting read, but quite dense - and doesn't have that revolutionary tear-down-the-walls edge of so much of Moore's other work. That said, there is much in here that hits home, and political points that lurk not far under the surface. Alan Moore, as ever, knows the score.