BOOK REVIEWS: Godfall and Other Stories, by Sandra M Odell; I Wore Heels To The Apocalypse, by CH Clepitt; The Last City: A Dust Anthology; A World of Darkness, by Joshua Griffith; Dragon Lords, by Chris Turner 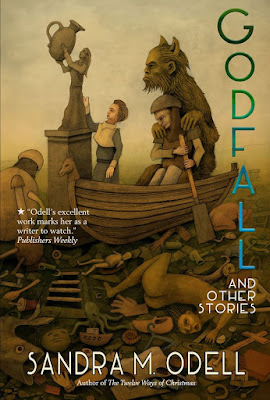 One of the delights of the ebook market is the ability to discover new writers. I likely wouldn't have found Sandra Odell's book on the shelf in my local bookstore - and that would have been a darn shame.
This collection of short stories is a delight and a treasure - yet it's more than your typical collection. There's a challenge here, a defiance. The stories are broadly within the fantasy and science fiction realm, but many of these tales scratch at itches under the skin, or make you feel the pain settled deeply into bones.
Nowhere is this better seen than in The Home For Broken. It's a story confronting the issues of disability - challenging the idea of people being broken. It's an agonising, painful story of parental choices, denial, and dealing with a life that has no easy choices. It's never been published outside of this collection, and it is absolutely worth your money alone.
But it's not alone. There are other gems scattered throughout this book. There's Godfall, the title story, with humanity mining the fallen corpses of deities as they crash to earth. There's The Poison Eater, bitter with the taste of small town life. There are issues of sexuality, sexual identity, gender roles (Black Widow absolutely kicks butt while exploring this), mortality (or immortality in The Vessel Is Never Empty), and far more, all wrapped around characters who are never soaring ideals but as screwed up and complicated as any of us. Like any collection, there will be stories that hit the mark with a reader and others that won't - I wasn't sold on the whimsy of A Troll's Trade, for example. That's not to diminish the work as a whole, though. This has quality throughout - not so long ago I read an Octavia Butler short story collection, and I couldn't help but feel reading this that Odell's work bore comparison.
I read this book before going on holiday and didn't have time to write this review before taking off. All through the trip, parts of this book stayed with me. As a reader, it opened horizons. As a writer, it makes me want to do better. Go read it, you owe it to yourself. 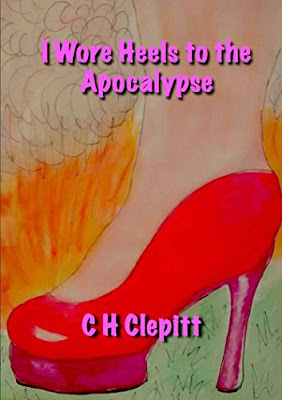 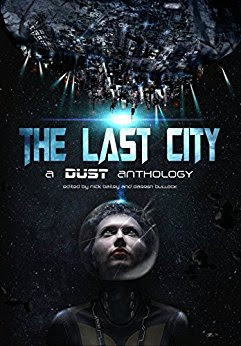 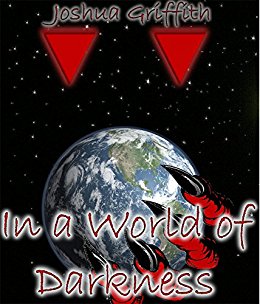 A World of Darkness, by Joshua Griffith

There's a decent starting premise in this book - but alas, it tends to go wayward after that.
After the apocalypse, supernatural creatures have tiptoed back out from the hidden places they had survived in during the time of mankind - and have now reasserted their dominance of Earth.
We start with a group of such beings thrown into an impromptu alliance as they try to escape imprisonment. There's a native American shapeshifter - the lead character - and his unexpected companions, a witch, a necromancer and a gremlin, who collectively hightail it out of there and seek refuge in an abandoned Costco.
So far, so good - but sadly we get so bogged down in descriptions of the large breasts of the red-headed companion and before you know it, it's all about whether the shapeshifter will be sleeping with one or both of his female companions as they get overexcited by his magical touch.
It's shallow, and it treats the female characters as little more than sex objects, and from where it started out, it really could have been much more. 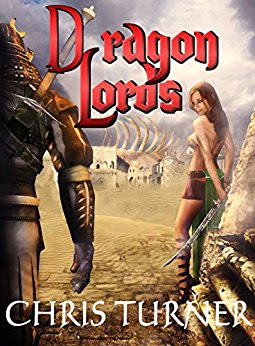 If you're into old-school fantasy, then this is what Chris Turner seems to be aiming for. You know the type of tale, full of derring-do, sword-swinging and busty maidens, the kind that Robert E Howard used to pack Conan off on.
The busty maiden in particular in this tale is introduced as "barely a day over sixteen" so the frequent mentions of her high proud perky breasts and the swiftness with which she hops into bed - or, well, nearby bush - with muscled hero Vetra is more than a little uncomfortable. Oh, and of course she's a feisty redhead too - why is it always feisty redheads? (And I say that as a redhead)
The story zips along, and Turner also incorporates some of the horror elements that Howard used to love too. If you're into such old-school swords and sorcery, you may well have a good deal of fun. I just wish it had steered clear of cliche and not had me feeling uncomfortable and muttering about the age of the perky redhead.