Today's blog is something of a treat for me - you see, one of my characters has been taken off the page and turned into a piece of artwork.

Zora Marie is an artist, actress and writer, and part of the splendid Sci-Fi Roundtable Facebook group. She offered to draw one of my characters - an offer I giddily accepted.

Now how do you choose which character to draw? That's no easy choice. Should it be Eli, fending off the Techquisitors in The Last Sorceror? Should it be Percy, huddled in a Chicago doorway? Cara, in the woods of the Chickcharney?

I decided on a character who I think has a particularly strong visual - Winter, from Lazarus Soldiers.

Winter is a secondary character from the short story that you'll find in Tales From The Universe - though she gets a larger share of the spotlight in the novel version of the story that's in the works.

She's a soldier in the far future, but the body she has in the story is not her own. Indeed, all the soldiers in the story are clones - with different types of clone body available to the troops. The lead character of the story - Tulliver - uses a standard issue body type, but Winter is more adventurous. She uses the skirmisher body frame - which has four arms - and gets up close and personal in combat with vibro blades in two hands and guns in the other two.

That unusual look is what drew me to pick Winter as the character to be drawn. There's a crucial scene in the short story, as the team of soldiers faces a seemingly endless horde of opponents, where Winter does the unthinkable - charges full tilt towards the enemy, vibro blades ready, guns blazing.

This was the moment that Zora recreated in her artwork. So, without further ado... here is her work. 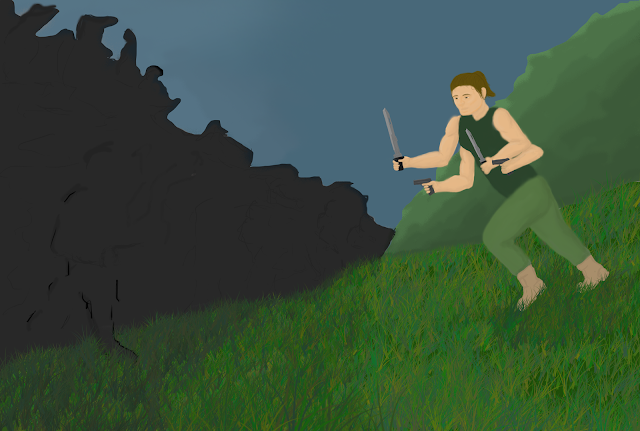 The process of the creation was fun - with Zora coming back to me during the process to ask questions about the character as she worked on it. Having completed the image above, she then went one further and folded the image around a book. Take a look: 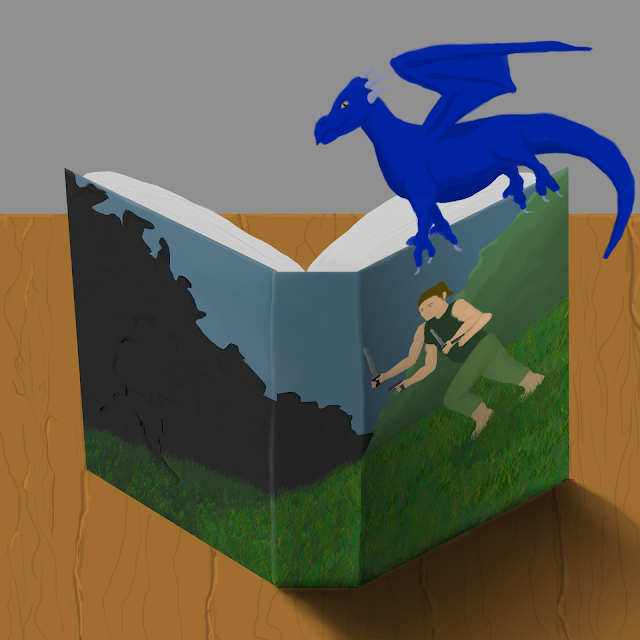 It's incredibly flattering to have a character that exists in your head to be turned into an image - and I'd like to thank Zora very much for her work.

In fact, you can go see more of her work over at her website, www.zoramarie.com.

She also conjured up the image in physical form, courtesy of redbubble - go check it out:

Many thanks, Zora! I'd best get on with the rest of that novel, I reckon ;)

You can read the original short story in which Winter first appears in Tales From The Universe.