PREVIEW: Murder Most Mundane, a glimpse into the dark heart of the English countryside

Leo McBride takes a look at the preview pages of Murder Most Mundane - a gruesome tale of murder most horrid in the English countryside... 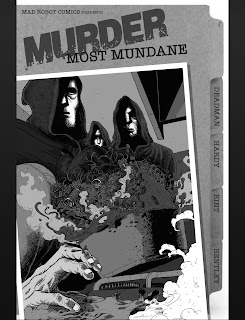 Murder Most Mundane is the latest project from Mad Robot Comics – and while I’ve only had a preview so far, there’s nothing mundane about it.
Rather, this is about the seething, skin-crawling nature of what goes on underneath the mundane. There’s murder, of course, but even from the preview, it’s clear there’s more going on here. It’s Midsomer writ with grand guignol, it’s the collision of Ealing and Hammer studios.

It starts with a big city detective bored in his new post in a quiet village – a sure tip of the hat to Hot Fuzz – but things unravel. It’s not just the murder, it’s the villagers. There’s something eerie about their reactions, and there’s clearly more going on. It’s not just scratching away the surface, it feels like it’s scrabbling at the surface with twisted, broken fingernails, trying desperately to reveal… well, I guess we’ll find out what gets revealed when the full project is out there. 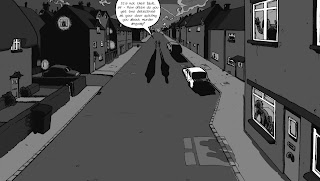 I look forward to it – it has the same kind of feel of the old Village of the Damned movie, that eerie Wolf Rilla version from 1960, or perhaps something with a dash of Quatermass. That’s the joy of a preview – you never know quite which way it’s going to go. But I’m tantalized! Bring it on. 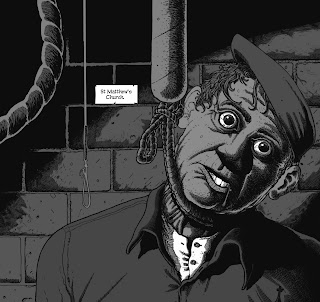 The Kickstarter launch event is being held on Tuesday, July 11. I'll doubtless be there to chat with the Mad Robot crew, and as it's all being held on Facebook, so can you be. Stop by and say hello, and see if you fancy popping a few notes into the Kickstarter jar.