Guest Brent A. Harris catches us up with his reading list, with reviews for Hole Lotta Shakin', Find Me And Stained. 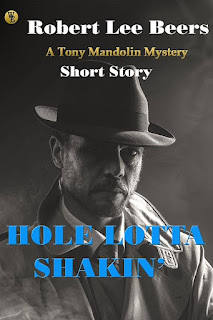 Robert Lee Beers has created a masterful facsimile of a film-noir detective—with a twist you’ll never deduce. Throw in wizardry, beasties, and time-travel, and you get Tony Mandolin, a hard-boiled San Frisco dick who constantly finds himself in over his head.

Tony possess the right amount of snark and sass to navigate the mean streets of Frisco, and if he goes down, you know he won’t leave without a witty retort or comeback, apropos of any character so well-endowed with, er… charm.

In Hole Lotta Shakin, Tony finds himself stirred into action, chasing down the lead of a would-be extortion-er, until he and his buddy, Frank, find themselves ripped into the past. Shaken, Tony and Frank must find a way back, all while solving the case that has rattled the timeline, bumping into bigwigs and colliding with characters he’s had a past with.

Full disclosure, my name, if not my persona, is a character in the book. That factors in to any review I leave, no matter how partial I claim to be. But the fact that my character is also well-off, hobnobbing with historical figures and the like, makes it in no way likely that I’ll rate the story higher, particularly if my character is revived through progeny (you hear that, Mr. Lee Beers?).

With that said, I found the story highly entertaining to read. While there are issues with style over structure, red-herrings, and scenes set mostly for the sake of themselves, I get the feeling that Tony’s case and journey back home is less about solid story structure and more of a rollickin’ roller-coaster of a thrill-ride, one that will leave you quaking for more. 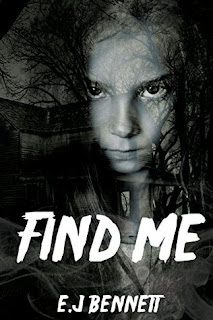 Find Me, by EJ Bennett

Find Me is a short horror story set in the chilling vein of the classic haunted house. After getting into trouble, Mia finds herself back home in her deceased grandmother’s home—a home for Mia that haunts her with troubled memories of her childhood and her perhaps not-quite-so-imaginary-friend, Mary.

Unfortunately for Mia, being in the home again after all these years away, as the house sits empty and haunted, does not go well for her, or her childhood friend Adrian. Together, they must face down their fears and solve the mystery of the haunted house, or become part of the tragedy themselves.

It’s a chilling tale, though one admittedly I had a slight disconnect with. The story seems distanced from the reader, as if it were a tinny tv on in the other room, rather than a full-blown Imax 3D experience. It’s a stylistic choice that didn’t work for me, but if it works for you, then I hope you’d throw in an extra star, because the author has a way with building suspense and intrigue. I look forward to reading her other works. 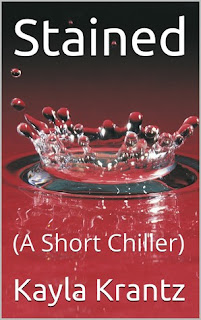 Stained is a short chiller by horror scribe Kayla Krantz. It follows Melissa, a girl in need of therapy due to her ‘blackouts’ and tenuous grasp of reality. Melissa dreams of blood. She suffers visions of visceral crime scenes that at times she feels she has something to do with, but at others, she distances herself as if she herself could become the next victim. She’s your typical no-friends-at-school protagonist that must work through her nightmares alone. Or are they really dreams?

While I enjoyed Kayla’s writing style, and I’m curious about her full novel Dead by Morning, in this story, Stained does not stand on its own. It involves too much suspension of disbelief and a character that is difficult to empathize with—even the character’s own parents know something is up with their daughter. However, putting aside modern forensics and simple physics, I still liked how Stained was structured and I will be watching (and reading) Kayla Krantz’ career with interest.