This article first appeared in The Tribune Weekend section of December 30.

Over the past year, I've reviewed more than 70 different podcasts, covering all kinds of topics - from the US elections to health and fitness, from readings of stories to discussions of culture. As we reach the end of the year, it's time for a look back - and here are my top five shows of the year.
The shows I'm picking aren't always the biggest, aren't always the most polished - but for me are the shows that go that bit further, that bit beyond what you might expect, and awaken a sense of wonder. 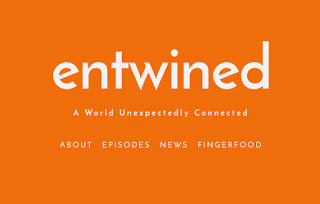 It was a very tough call to choose between this show and The Memory Palace, but for me Entwined edges it because of the clever way in which it draws together different threads to show unexpected connections in life. PS McKay and Elliot Gladstone are the creators of the show, and though the episodes are not overly long, they join a world of dots together as they go. Dive in at any episode - but I was particularly touched by episode nine, Mama Tried, in which the landscape of Great Depression-era America is illuminated in the most insightful of ways. 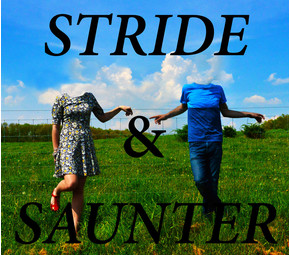 One of my picks for shows of the year last year - and still very much on the list. Stride and Saunter is a relatively simple format - conversations on a host of topics. Show regulars Kip Clark and Caroline Borders are smart and worth listening to. As Caroline says, the show is by nature exploratory. They admit they're not experts on the topics, but they ask good questions and explore issues honestly and thoroughly. This year, one of their shows mirrored the big name Serial, talking about the Bowe Bergdahl case in the US, but taking an interesting different tack, discussing the issue of loyalty, and when disloyalty might be useful. It's that different kind of thinking that makes Stride And Saunter a show that continues to be well worth your time.

A new podcast, but one that already is strong enough to go on my list of best shows of the year, is Broadway Backstory. I only encountered this one a few weeks ago, but it's a deeply thorough exploration of the history behind the shows that people flock to on Broadway. Host Patrick Hinds starts off the show with a two-party look at the Thomas Kail and Lin-Manuel Miranda show In The Heights, and it's the detail that fascinates. Sometimes it seems that hit shows are so unstoppable that it's hard to imagine all the work that went in for years behind the scenes, when the creators had no idea that they would ever even reach the stage, let alone create a hit. For theatre lovers, this is absolutely essential listening - even if it's only five episodes old. That'll just leave you hankering for more.

Another show to return from last year's top five is Pseudopod, and with very good reason. The show has now hit its ten year mark, and that's no small thing in a world where podcasts come and go. The focus of the show is horror stories - with stories by a range of authors being narrated professionally by talented voice actors. More than that, it's the nice touches in the presentation that give it added class, the sometime analysis, the gentle pointing the way of where you can find more by the writer, the mood-setting introduction. Pseudopod is part of a wider family of podcasts covering Young Adult fiction, fantasy, science fiction and more, but for me, the intimate connection you get listening to a horror story with the headphones on and the lights turned low is a perfect combination. Just don't blame me if you can't sleep easily afterwards…

Music has always been a big part of my life - and Song Exploder neatly goes behind the music to look at the creation process. As its title suggests, they explode the song into its individual parts and examine how those pieces came together into the whole. The songs they examine range from movie soundtracks to hip hop, rock to soul and all parts in between. They talk with the artists, their producers, and everyone involved in the process of creating the final song. There are big names here, and with 92 episodes and counting, a wealth of previous shows to dive into. A great show for expanding your knowledge of how the songs you sing along to came to be.

What will 2017 bring? Got a podcast you think should be on my review list? Drop a comment below or throw me a tweet at @AlteredInstinct.
Posted by Leo McBride at 15:40