Summer is here, and thoughts are turning to travel for many, now that children are out of school. This week, we dip into the world of travel podcasts. 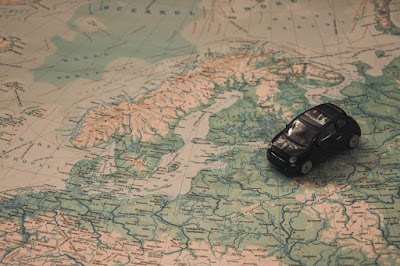 For many, cruise ships are a destination in themselves, let alone the ports that they call in at. For would-be cruise travellers, Cruise Radio is a smashing podcast.
There are detailed reviews of the many cruise ships available to travel on, news updates on the latest changes to ships and their routes, and a look at some of the destinations the ships visit.
It’s a pleasant show, full of expert knowledge by those in their field. If a cruise is on your to-do list, you should easily find a review available of the ship you are due to travel on, and a lot more besides, including more than a few useful hints and tips for the cruise traveller.
Website: www.cruiseradio.net 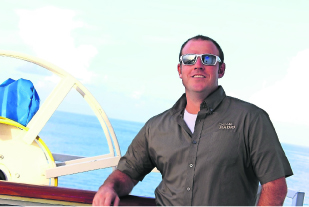 This appears to be a great idea, but it seems to be hampered by not putting enough effort into it. The show essentially provides a series of short podcasts centered around notable locations to visit around the globe. Think of it as an audio guidebook for cities such as Paris, Los Angeles, and many more. The trouble is that sometimes it comes across as simply reading some facts from some of those guide books. I tried out the show on Barcelona – whose description starts off by saying how the city is nestled on the shores of south-eastern Spain. South-east? Not in my atlas! Listening to the show itself, there is useful material, sure, but pronunciations are off, and it all comes across as lacking in-depth knowledge of the destination. In short, the show is still useful, and certainly lighter to store than a hefty guidebook, but back it up with some reading to get the most out of your destination.
Website: www.tourcaster.com

The love of travel is at the heart of the Zero To Travel podcast, which positively evangelises about the possibility of travelling for a living. If ever you’ve dreamed about being able to travel the globe for a job, then this may well be the show for you. However, while the enthusiasm here is boundless, sometimes that comes across as being too pushy. The show I listened to – “How To YouTube Your Way To More Travel + 3 Steps To Getting Anything You Want” – spent way too much time pushing the producer’s “Paradise” Pack that you sign up for just blah blah blah. Seriously, it felt like being subjected to a constant hard sell. Get through the first half hour of the show and you actually get to some good stuff, if you’ve not had enough of someone trying to sell you things by then. The latter part of the show has a guest appearance from a YouTuber who turned her channel into a way of getting to live in her dream destination in Brazil. Making money on the move, she’s happy to share bits of advice to those who might have their own dream. Some of those tips are things such as having a template for your videos to fall back on so you don’t always wrack your brain trying to work out what you’re going to do this week, making sure you get the visuals set up right on your page so you look professional, but more than anything, if you have a passion for something, don’t overthink whether or not you should do something about it, just do it. Just doing it is advice the show itself could have listened to for the first half, rather than just selling it. Stick with the show, though, and you too might feel there are possibilities to live your travel dream.

Got a suggestion for inclusion in a future column? Tweet it to @chippychatty.
Posted by Leo McBride at 14:28