This article previously appeared in The Tribune on July 15. 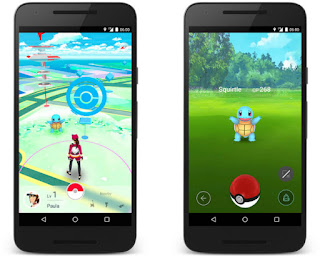 A NEW craze has swept the world in the past week – if you haven't noticed, invisible creatures now surround us all, and they can only be seen by those whose phones can spot them. Pokemon has returned, and this time, it's offering a virtual world right beside our own. Time to delve into some of the podcasts that have sprung up to guide us through this new world.

If you want to learn something of why this new version of Pokemon has become so popular, you could do far worse than listen to the Pokemon GO podcast, hosted by Beau York, Joseph Ard and Patrick Bailey. They are almost boundless in their enthusiasm and really get to the heart of what makes the new game so popular. For the uninitiated, the game loads into your phone and uses its GPS settings to point you to where you can find Pokemon characters in the real world – and see them in augmented reality, little computer generated images superimposed on your phone's camera view.
The side effects of this are getting people out and about rather than stuck at a console at home, and actually meeting other players and connecting socially. Beau York tells of some of the encounters with complete strangers that have come about through playing the game, such as meeting another grown man and each bluffing for a few seconds before admitting they just wanted to get their phones out and compare which Pokemon they've got. There are gym locations too which lead to players gathering there to build up their Pokemon. However, there are different sides that players choose to be part of, and only one team can control a gym at a time, which leads to one story with a group of players gathering at the gym and noticing a car lurking down the street which they suspect has players from another side. In the end, one player stands up and shouts at the car “This is our turf!” before the car sheepishly shuffles away.
It's a smashing show, full of useful tips for players, such as looking for water-based Pokemon in real-life water locations, or ways in which you can get the starting character you want, and while it's all splendidly geekish, there's a real passion for the game in the hosts. A great listen. 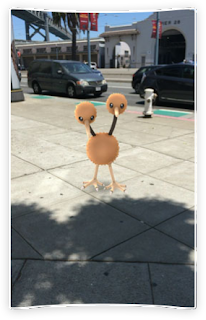 This show, hosted by LC and Ty, is perhaps the opposite of the previous podcast. It's only four episodes in, but gosh, the hosts sound so bored with it all already. Where the Pokemon GO podcast bursts with enthusiasm, this show sounds dreary. They rate Pokemon characters in what they describe as always an interesting part of the show, but they barely sound interested themselves. It feels like a show that's going through the motions in order to make a show, which is a shame, because these guys clearly know their stuff. If you're a hardcore Pokemon player, maybe the knowledge they have to share is more meaningful for you, but it's far from a place to start. They also cover different aspects of the Pokemon world beyond the game, such as the TV shows and movies, so a wider perspective can be found here too. 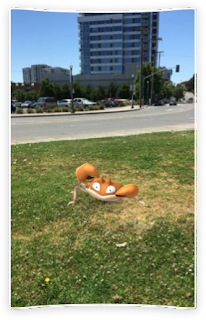 The previous shows have been created by fans – but this one is a look at Pokemon by people drawn into the game as newcomers. The show title gives away where this show is going as they call out “Halp, We Can't Stop Playing Pokemon Go!”. The show doesn't just talk about Pokemon, they also cover the movie release of The Secret Life Of Pets and... well, you can just tell they want to get talking about their new augmented reality game. And before too long there they are, chatting about how you can see people out on the streets looking for Pokemon, how businesses are gaining money from the game – such as pizza places finding more customers calling in because their store is at a Pokemon location, and even the evolution of the game becoming used for dating. All this within a week of it being launched. Co-workers are suddenly talking and hanging out together as they hunt Pokemon, but it can also prove disruptive – with conversations interrupted by a phone alert of a nearby Pokemon or people stopping in the street or, worse, zigzagging across the road through traffic in their hunt. If you want a broader discussion of the implications of how a game is changing people's behaviour, then this is a fascinating listen. Taxis, for example, have started offering to drive people around slowly enough to catch the creatures they are looking for – there are real world effects that this game is having, and that is most definitely a new development in the gaming landscape.