Author Brian S. Converse, one of the authors to feature in the latest Inklings Press anthology, Tales From The Universe, stops by the blog to chat about his work. 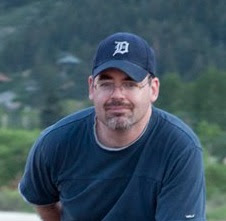 Tell us a little about the sci-fi trilogy - what's the hook?