No trick, all treat - a Halloween movie list to die for

Guest blogger Ricardo Victoria pops in as Halloween approaches to mix murder and mirth with his countdown of some of the more fun movies of the season. 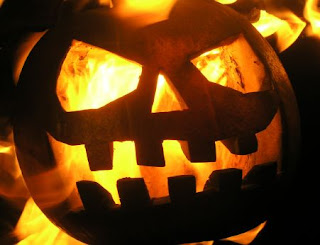 It is no secret that Halloween is one of my favorite celebrations of the year. It has some mystical aura where you can mix the fun with the scary. And in this line of thought I consider than one of the best ways to spend the day is with a movie marathon. Now, for me not any movie makes it because let's be frank, for the past decade most of the horror movies show gratuitous violence for the sake of it. Therefore I consider that a true Halloween movie must mix some elements of humor, suspense and horror or simply be a classic where the true horror is a tool used to narrate a good story. So no Saw, zombiefest (I hate zombie stories with passion, aside from the one mentioned here) nor gore classics in my list.

And to show my point, here is my list of recommendations for the day when the dead and the monsters walk the Earth in search of candies and horror. I'm posting this before the actual date so you can have time to track some of them down.

A true classic in all sense. When i was a kid this movie made me laugh in the same amounts that it scared me (especially the library scene). Now it might not be at all scary, but more than two decades after, it is still pulling its weight. If you haven't seen it, stop wasting your time on the internet and do it. If you don't like it, then you are a soulless creature and I would like you to introduce my friends Stantz, Spengler and Venkman, they might want to have a few words with you. And avoid marshmallows, trust me. Bottom line, if you don't like this movie you are either dead or souless. In either case, I know who I'm gonna call to deal with you.

Seductive vampires? Check. 'Intrepid' (in the loosest definition of the word) hunters? Check. Scary story? Hell yeah. Unlike the current sissy, teenaged vampyre crap of recent memory, the Fright Night really delivered the goods. A forgotten classic by now, it is still an enjoyable piece of horror film from the 80's. The remake is not bad (thanks mostly to David Tennant who is always awesome), but it doesn't hold a candle to the original.

I know I said no zombie films and this is considered a zombie film. However, it is one of those movies that have become really good on the basis of being soooo bad. Inspired by a short story from a true master of horror, H.P Lovecraft. Maybe what makes this movie a classic is not the story nor the (excessive gore), but the large, ham-fisted acting of Jeffrey Combs (better known as The Question from JLU). He eats the scenery like a zombie eats a brain. If I have to break one of my movie rules for Halloween, it has to be for this one.

Unlike many of my friends, I'm not a fan of Mr. Burton's work in general (my opinion is quite similar to Kevin Smith's in that regard). However, I recognize that this particular work, always including the master of the strange that is Johnny Depp captures to a 't' the spirit of the legend of the Headless Horseman like no one else did since Disney filmed that short movie with the narration of Bing Crosby (which you need to see as well).

Granted, the second one is funnier, but honestly? It is also kinda lame. But man the first one was really scary and good for the time it was released. It was at what I consider the peak of Spielberg's work and whether you laughed at the antics of the green menaces or you were downright scared of them, this movie is a great fit for Halloween. Ironically enough, it was released as a Christmas movie. Take that as you wish.

Vampires have been part of the Halloween mystique from ages and what better than watching a movie inspired by the novel that practically launched the bloodsuckers to the stardom. This movie is ripe with good actors (yes even Keanu) and for what I remember, follows the book pretty well. Highly recommended, if only because of Gary Oldman's portrayal of the Count, sexy and scary at the same time. Or if you want to go for a more alternative route, watch The Shadow of the Vampire with Willem Defoe.

C'mon, just the theme tune of this movie gives you the chills. The movie will leave you with nightmares. Just avoid the sequels and prequels. Nuff said.


Someone will ask why I put a somewhat obscure epic fantasy movie with Tom Cruise as an elf that reminds you of Link in this list. But hey when you have Tim Curry characterized as one of the most scary, well-done devils ever made in film history, you can't go wrong.

For the anime fans, now, while most anime fans would tell you that Mermaid's Scar is the quintessential anime horror by excellence (amidst a very decent record of horror animes, man the Japanese writers know how to do scary stuff), I would argue that Pet Shop of Horrors is a good alternative, especially if like Brent, you are more into Twilight Zone kind of stories. This is an anthology of four bizarre short stories, that will keep you glued to your seat while realizing that more often than not, humans are the true monsters.

My favorite proper horror movie: Event Horizon. A movie which is the result of mixing the old haunted house trope (lightning storm included) with the ghost ship trope and a heavy dose of Lovecraft. Most people in geekdom consider this an unofficial prequel to Warhammer 40k (if you don't know what's that, let's say that is the most grimdark tabletop wargame known to man and wickedly fun); I consider it a sci-fi version of At the Mountain of Madness, but with a bit more gore. Also a good horror movie for dates (trust my teenager self on this one). Sam Neill aces it on this film.


I can't believe I almost forgot to put this one. maybe it was because when I went to see it I was with a friend in a cinema in the middle of nowhere, mist all over the place (like is typical of UK) and it was the midnight release, but this movie made for a tense return to home and me starting to plan how to deal with something like this. Everything in this movie is pitch perfect to scare you. These are not sexy vampires, these are predators and we are their food. Also the design of the monsters is disturbing to say the least. And the music, eerie as hell.

Well this is my list. Obviously, with the current output of films, this reads more like a classic list than a modern one. I know there are other movies worth watching today like Ringu or The Grudge, but I think this list captures pretty well the spirit of Halloween (not of Samhain, that is different, but I will talk about that later). Also, later I will write a list of the best Mexican horror movies, where Carlos Taboada and Guillermo del Toro pretty much steal the show and the soul of the whole thing.

Do you think a movie is missing? Want to talk about your personal list? Please go ahead and join the conversation in the comments below.