NaNoWriMo - the prologue to this year's novel.

My entry this year for National Novel Writing Month - or #NaNoWriMo wherever you find hashtags - is all about Juniper Arkwright, witch turned President of the United States, bringing sorcery to the Scandal and hoping not to get a reputation as the Wicked Witch of the West Wing. Working title: Hocus Potus. Below is the prologue. Fellow participants are welcome to buddy up with me on the nanowrimo site here. 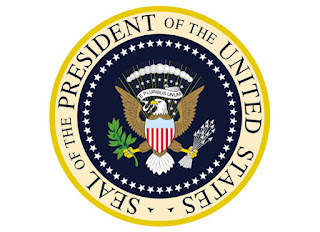 She hadn't intended to become the President; but then, she hadn't intended to become a witch either.
Being a witch came first of course – even though it was just one of those things that happened. It was Juniper Arkwright's curiosity that was to blame there.
Poking around her best friend Molly's bedroom when she wasn't around led to all manner of discoveries that she shouldn't have made, but it was the battered old book with a name too faded to see but that her fingers could find their way around that really caught her attention. The Way Of Odd. As titles go, it certainly was odd. By the time Molly found her an hour later with a hoarse shriek of anger that her friend would be going through her things, Juniper was fascinated. She was hooked. Molly was only too happy to let her clutch on to the book as she scurried home as long as Juniper didn't tell Molly's mother about anything else she found, so off she went, and poked her nose into its pages for the next month.
The more she read, the more she realised that The Way Of Odd was very odd indeed. It taught her how to do Odd Things. At least, odd in the sense that the world would describe them. To Juniper, they were wonders.
To her great surprise, magic existed. To her even greater surprise, she was good at it. And she tried to do good with it. No toil or trouble for Juniper, although plenty of hubble and bubble as she stirred and peppered her potions with light seasonings for flavour. (Her Potion of Knowledge had a particularly wonderful apple zing, and she would slip some into a glass when joining Molly for the local quiz night. Lovely as a wine spritzer.)
But becoming the President? Of the United States? Well, she always seemed so smart to everyone. And when they asked, she denied any interest – which of course confirmed in everyone's minds that she wanted to be President.
“Well, why don't you?” sighed an exasperated Molly one night after perhaps one or two spritzers too many. “You're smart and sensible and you'd know what to do.”
“That's precisely why,” said Juniper. “No one will vote for me!”
“Sure they will,” insisted Molly. “And you can use a little bit of witchcraft to help yourself along. Lord knows that book proved far more useful to you than it did me. You got a husband! Even if he is a bit dim. Still he could be First La... wait. What would they call him?”
“Useless.”
Molly made a raspberry noise. “Nonsense. Brian's perfectly lovely. He'd be a charming First... Gentleman? Why would they call him useless?”
“They call all the Presidents' partners useless. It's nothing against Brian. Not to their faces, sure, but they sit and stare at the President and then sometime during a speech their eyes drift over to their other half and think 'What DO they do exactly?'.”
“That's not fair,” said Molly.
“Maybe it is,” answered Juniper. “After all, where else do you get a job and your spouse has to be part of it all day? Have their own secretary, their own schedule? They have to invent things for them to do. Cutting ribbons. Naming things that need names. Kissing babies. But no kissing adults. None of that. Brian can cross that off his to-do list.”
“I don't know,” smiled Molly. “There's been a few...”
That earned a harrumph from Juniper, who raised her glass for another sip of apple zest.
And then came the moment. With a smile and a shrug and a little laugh from Molly.
“You're right,” she said. “It's a perfectly silly idea now I come to think of it. Just imagine! You! As President of the United States! POTUS!”
She clinked glasses with Juniper.