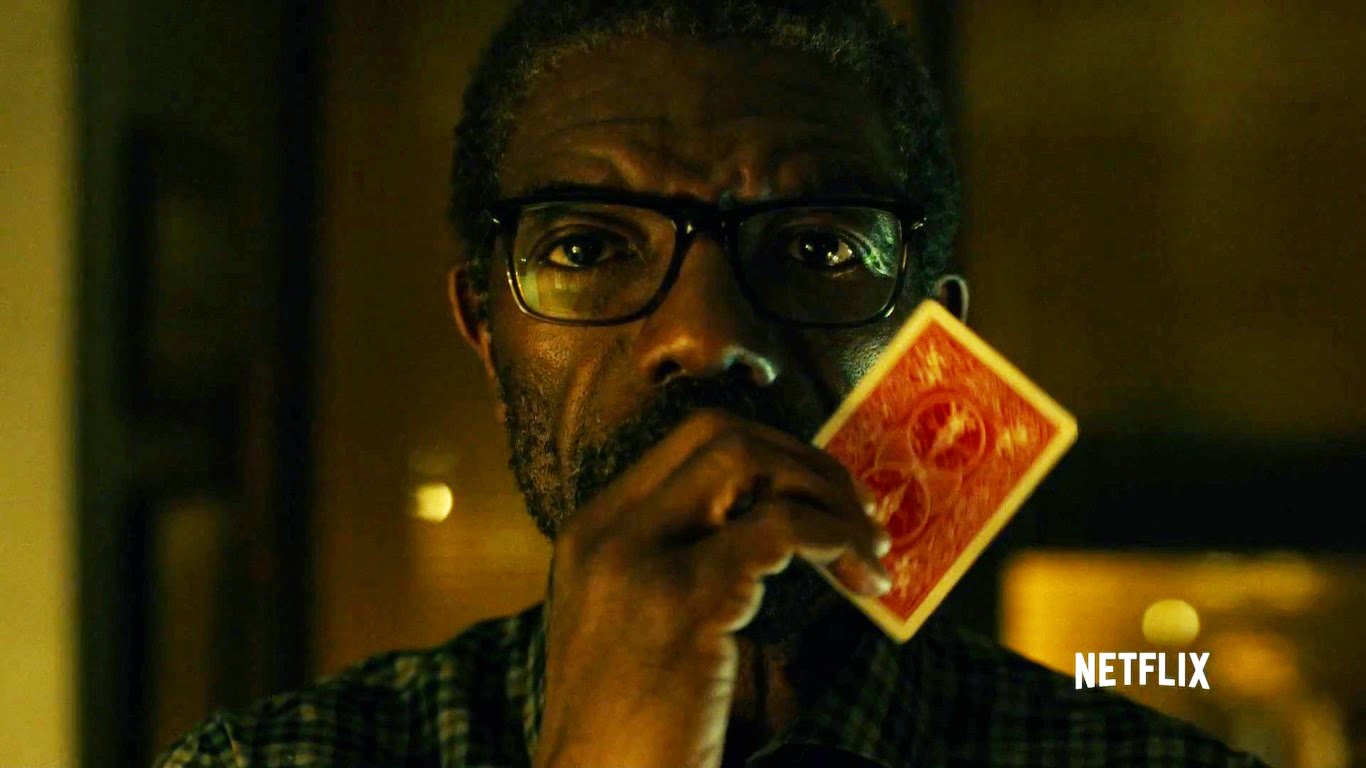 Now Get Out Of That
So, when we last left off, Daredevil was caught by the cops with nowhere to run. Well, who needs to run when you can just take down the cops. Handy that they were crooked ones sent to kill Russian mobster Vladimir, or Daredevil would have been left in a pretty pickle. As it turns out, some of these cops seem to be more ruthless than the Russians anyway, one shouting "If you find anyone alive, put a bullet in their head" while another honest cop or three gets bumped off to make Daredevil look bad. When the cops are in the Kingpin's pocket, what hope is there for Daredevil to bring him to justice?

It's a Bullseye
Are they just playing with us? Ben Urich works out his web of mob connections using playing cards - the weapon of choice for master assassin Bullseye. And of course the Kingpin gets the King card with a question mark for his identity. Meanwhile, the Kingpin lets loose a deadly sniper to open fire on police to further frame Daredevil. Could that assassin be our overly-cheerful black-and-white-garbed nemesis? Well, there was a playing card in his weapons bag...

That explains the stabbing pain in my side
Foggy the feckless hero to the rescue. Along with Karen, he brings their injured client to the hospital - where they bump into Claire, which is a nice chance for her to strut her stuff without Daredevil in sight - only to discover he has a hole in his side and needs a hospital bed himself. "You've played the hero enough for one day," says a tearful Karen before giving him a sisterly kiss on the forehead. "Hell of a first date, huh?" he asks her, but her reply of "I've actually had worse" is delivered in a way that again hints that yes, she really has. Bad things lie ahead there.

"We're nothing alike."
OK, this bit really didn't work for me. The whole villain telling the hero they're just like one another schtick is pretty old now, and there was no real spin put on it here. It was good to get the direct interaction between Daredevil and Kingpin, though, starting out with the acknowledgement that both are man who put secrets first. The most telling line, however, is "You're a child playing at being a hero." The Kingpin has a plan, Daredevil not so much.

Public Enemy
So the episode ends with video tape running of Daredevil beating up cops, a Russian making a last stand against approaching crooked cops and our hero walking purposefully away. It's not looking good for poor old Matt Murdoch...