Bloody Martians. Every time you think the chances of them showing up are a million to one, there they are!

In this case, the return of the Tripod Tearaways is particularly welcome, in a three-part reimagining of HG Wells' classic novel The War of the Worlds, telling the story of that most marvellous of ships - the HMS Thunder Child. 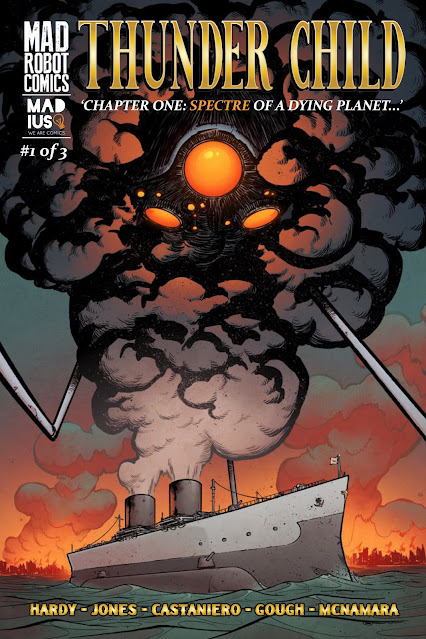 Mad Robot Comics and Madius Comics have teamed up for this Kickstarter offering - which given my love of all things Wells made me an easy target as a backer! (Some of you may be familiar with my own wander in Wells territory with my story The Secret War).

The team behind this offering describe it as follows:

The crew of the HMS Thunder Child venture into a discovery unlike anything that's ever been witnessed on this planet. Their investigations of suspected meteoric debris that's fallen into the ocean reveals something vastly more terrifying.

From out of the oceans, the alien Tripod rises. A harbinger of destruction from another world. The Thunder Child's crew, a motely band of humanist scientists, war-hungry militants and jaded ship leaders, find themselves scrambling to salvage and defend what they can from the marauding machines.

Thunder Child: The Spectre of a Dying Planet is a tensely enthralling sci-fi steampunk adventure drama. Its ferocious, dynamic art and vibrant colours match the energy of its powerful, complex characters in the first issue of this three-part reimagining of HG Wells' classic novel The War of the Worlds. 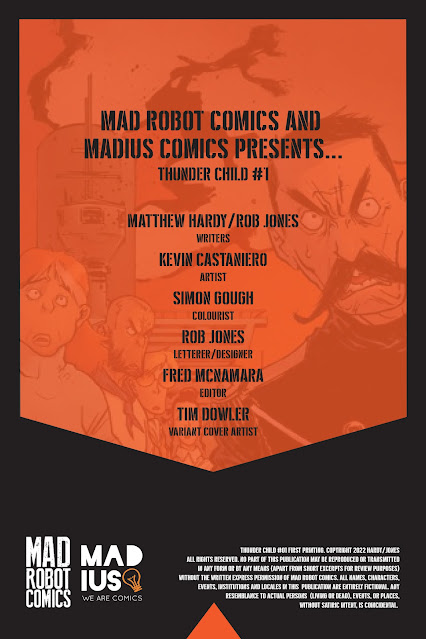 The creative team behind the project sees Rob Jones and Matthew Hardy team up on writer duties, while Kevin Castaniero is the artist for the series. Simon Gough provides colouring duties, while Rob Jones is on lettering. Fred McNamara is the editor.

That's not the end of the creative forces involved in the project, however, with a variety of variant covers and more as part of the stretch goals. 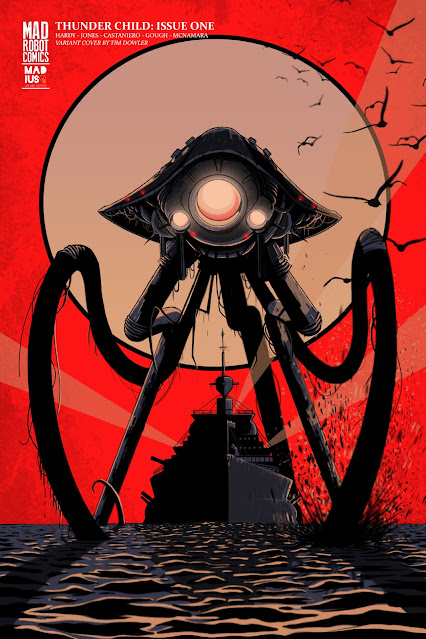 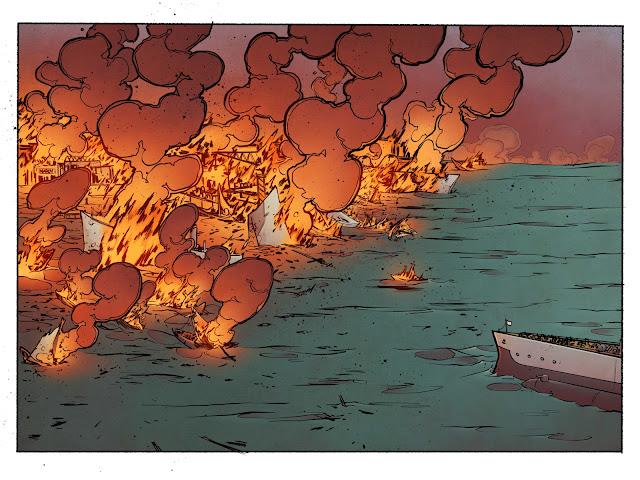 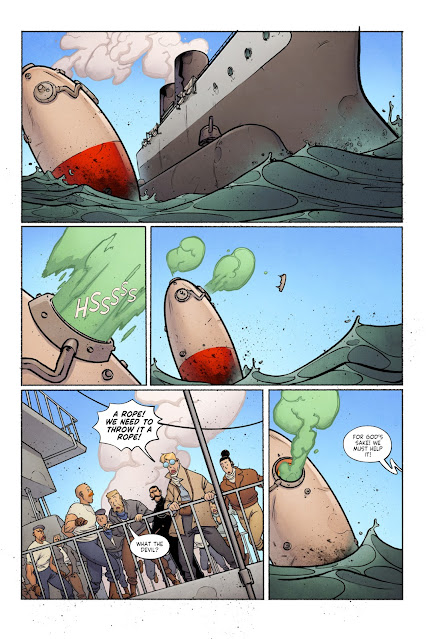 Interior art from Thunder Child
To back the project, visit Kickstarter here - oh, and you could do far worse than follow Mad Robot Comics and Madius Comics on Twitter. Nice folks.

There are more variant covers to discover over at the Kickstarter - so go take a peek. Or else the Martians will come for us!