BOOK REVIEW: The Cat Who Walked A Thousand Miles, by Kij Johnson; Nomad's Hollow, by Chris Jags; Unaltered, by JC Steel; Guardians at the Wall, by Tim Walker; Going Green, by Christine McMullen; The Redhead, The Rogue and the Railroad, by Jane Jago; and What She Said, by AM Leibowitz; Six Dreams About The Train, by Maria Haskins

The first day of the New Year! And this is a hangover from last year. Not in the drank-too-much-the-night-before sense, alas. But this is a catch-up on my last remaining reviews from last year. Coming up soon will be my pick of my favourite books of 2021, but for now... let's start with a tale of a cat and a long walk... 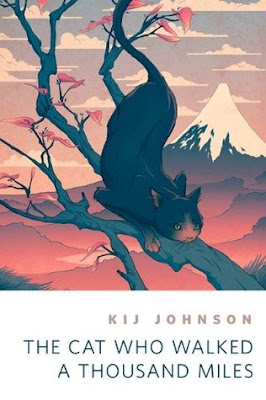 The Cat Who Walked A Thousand Miles, by Kij Johnson
A thoroughly sweet tale, this tells the story of Small Cat, cut adrift from his community of fellow cats by a fire that rips through their home. With her community held together by stories, she sets off to find another family, one where her story might fit with theirs.
It's an adventure that sees her face earthquake and fire, abduction and lost friendship as she makes her way to the top of Mt Fuji and beyond.
At the heart of it is the importance of stories, and the importance of finding our own family and place in the world.
For Small Cat, that also means finding a new name. A new identity. A new home.
Charming, delightful and thoughtful.
AI Rating: 5/5
You can read The Cat Who Walked A Thousand Miles free on the Tor website. 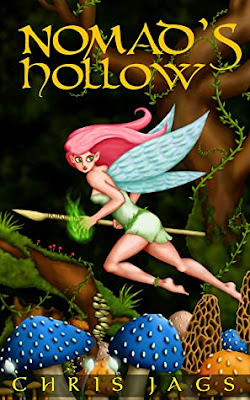 Nomad's Hollow, by Chris Jags
I blasted through this and its sequel, Cannonbrook, over the Christmas holidays, and after a rough year, this was a good way to end things.
Faeries are cute, right? Well, no better way to start a story with cute critters than by a bunch of human knights coming in to chop them up.
What do these little cute beings do in the aftermath of the slaughter? Find shelter then plot bloody revenge, of course!
It really zips by as a read - as does its sequel. I wouldn't normally be into stories about faeries, but these are mean little brutes and I'm fully on their side as they exact their vengeance on us mean old humans.
AI Rating: 4/5
Nomad's Hollow is available on Amazon. 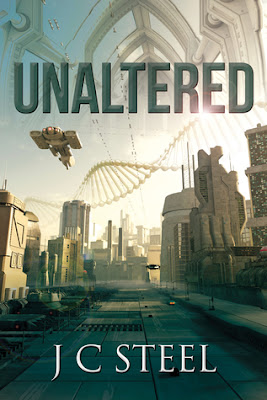 Unaltered, by JC Steel
I didn't quite know what to expect with this one when I started, so I was quite delighted when it turned out to be a splendid little sci-fi adventure, with a dash of Firefly here and a feeling of the old Traveller RPG too.
It's part of a bigger series, but a great way to dip your toe into the Cortii universe. It tells the story of a horse rancher who has to wear a remarkable number of ridiculous outfits to seal a deal - and the deadly bodyguard watching his back who might be the one in most danger of all.
It's not a long read, but it does a lot in the space it has to tell its story, hinting at the much larger universe while delivering an effective introduction and telling its own tale along the way.
Nicely done, and a good way to try out the setting for new readers.
AI Rating: 4/5
Unaltered is available on Amazon. 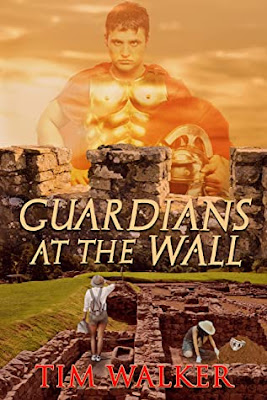 Guardians at the Wall, by Tim Walker
A story told across centuries, this book tells of the Roman soldiers of 180CE, and the archaeologists in the modern day uncovering their story.
Centurion Gaius Atticanus faces a series of battles as he is stationed by Hadrian's Wall, while in the modern day, archaeology student Noah follows the trail of clues that might lead to the centurion's last act, and a treasure hidden for thousands of years.
Both sides of the story are well told, though I'll confess I preferred the mystery of the modern to the action of the ancient. But no need to choose, we have both! The modern also works in secret lust, tentative romance and grand theft along the way.
An intriguing way to tackle a story inspired by real history.
AI Rating: 4/5
Guardians at the Wall is available on Amazon.
Going Green, by Christina McMullen
Published in 2014, my word does this land in a whole different way post pandemic.
This is a satire about a zombie apocalypse, but boy it might as well be a manual describing how stupidity and selfishness can spread a deadly virus with the past two years as a prime example.
Told in fragments throughout the apocalypse - World War Z style almost - we see people pretending not to have been nibbled here, the government trying to avoid the word zombie there, the rich trying to flee to safety elsewhere.
It's witty, it's snarky, it's prescient and I found myself laughing before realising yes, that's exactly how dumb humans would be before slumping into gloom at how horrible we all are.
If the world was a nail, this is the hammer that hit it upon the head.
AI Rating: 5/5
Going Green is available on Amazon. 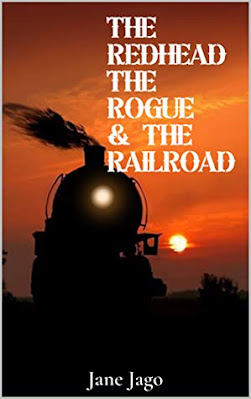 The Redhead, The Rogue & The Railroad, by Jane Jago
Jane Jago has a talent for characters. In this alternative history Western story, the lead characters have the kind of solid relationship you don't often see in books. They've had a rocky road in the past, but they can rely on one another, and pull one another out of the fire when need be. You can feel their history in the storytelling.
The story tells of Miriam and Cuchilo as they try to find out where the girls going west on the railroad are after they keep going missing.
Along the way, they face all kinds of threats - including the influence of the Church.
Part Western, part Noir, this is a really intriguing tale that you could easily see spinning off into more books involving Miriam and Cuchilo.
AI Rating: 5/5
The Redhead, The Rogue & The Railroad is available on Amazon. 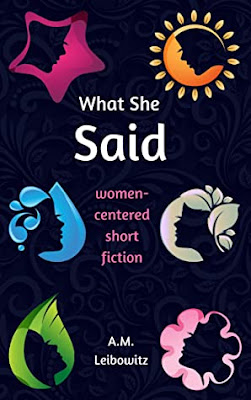 What She Said, by AM Leibowitz
Sometimes in life there are moments that matter so very much. This collection of short stories dwells on some of those.
In large part, it's a series of vignettes, dropping in on moments of romance, of coming out, of realisation.
While short, some of these really hit the mark, and it's especially nice to see stories such as these navigating life within the LGBTQ community.
My only wish - which is never a bad one - is that we could have had more. The stories are gone too soon, and I wanted to stay a while longer. That said, the length may be slight, but for some these will be important moments.
AI Rating: 3/5
What She Said is available on Amazon. 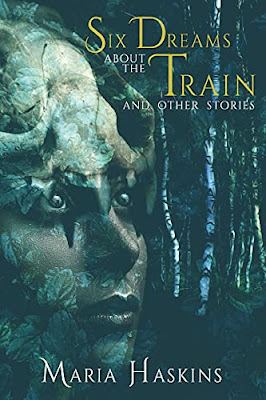 Six Dreams About The Train, by Maria Haskins
Maria Haskins is one of the best writers in the field today. That takes some saying, because this really is a golden age for short story writing. There are magicians who delight, conjurers who pop up worlds of magnificence and entertainers who bring a grin.
Maria writes extraordinary stories. I bought this and... well, I couldn't read it quickly. I had to savour it. I had to let each story of pain and heartbreak and love and uncertainty settle in my bones before I could move on to the next.
There's And You Shall Sing To Me A Deeper Song, which creates a world of rogue military AI and the singers who silenced them - only to become unwanted weapons no longer needed in the aftermath.
There's the title story which binds together fragments of action with cords made of heartache and hurt, telling the short tale of imminent and unavoidable tragedy.
There's Cleaver, Meat and Block, which has made it into the best horror stories of the year anthology, telling of a world after a zombie apocalypse in which the zombies were cured, and those who weren't infected live side by side with those who ate their friends, their relatives.
Then there's one I had a hand in publishing originally, Tunguska, 1987, which tells its story across time periods about a man and his dog having a strange encounter in 1929 and picking up the after-effects of that in a world of 1987 where the Tunguska meteor contained something very different from in our own world.
It's a collection of beautiful, sometimes painful stories. There's an old story about two sculptors who are carving a piece of work. Both are asked what they're carving, and one says "A unicorn! It's beautiful!" and the other says "My heart." Maria is carving her heart with these stories to see what it shows. They are personal, and really linger with you afterwards.
Read this. It's wonderful.
AI Rating: 5/5
Posted by Leo McBride at 13:14