There's been a distinctly Lovecraftian turn in my reading of late - horror bleeding through the walls of reality must clearly be comforting right now. This week's round of reviews includes two stories with direct connections to such cosmic horrors, and one - by P Djeli Clark - that takes possession of the genre from a completely different approach, and all the better for that. Let's dive in. 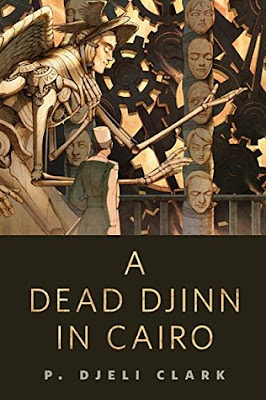 A Dead Djinn in Cairo, by P Djeli Clark

Take an early 20th century Cairo, and give it a twist. Then another twist. And another. Then you might be close to this fabulous creation by P Djeli Clark, an Egypt where people rub shoulders with the otherwordly. Where ghouls run rampant in graveyards at night. Where djinn are commonplace. Where clockwork angels tick their own path towards armageddon.

It starts with a mysterious suicide of a djinn, and sets investigators off on a path that could lead to the end of the world. Filled with memorable characters and just begging us to explore the shady alleys this story could lead us off into, this is an absolute blast of dynamite to the sometimes stodgy world of cosmic horror.

Bursting with bravado and action, it somehow unfolds its mystery in a very short time yet still never seems obvious.

This is the first I've read by P Djeli Clark, and on finishing it I right away went and bought some more. Buy it. Read it. You won't regret it.

A Dead Djinn in Cairo is available on Amazon here - and can also be read free on the Tor website here. 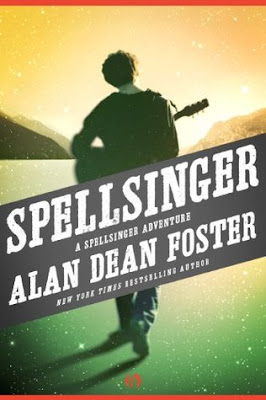 Spellsinger, by Alan Dean Foster
Alan Dean Foster was one of the writers whose books filled the shelves of my local library when I was growing up as a kid. While Splinter of the Mind's Eye and the Alien novelisation were among the books I gobbled up back then, Spellsinger somehow slipped through the net - and I've been diving back into his work of late.
Imagine the discovery of Narnia at the back of a wardrobe, or Thomas Covenant waking up in The Land - only in Spellsinger, our protagonist discovers a whole new world while in the middle of being very, very stoned.
He finds himself on a trip that turns out not to be drug-induced, to a world full of foul-mouthed animals and weird magic. He thinks to start with it's all some kind of hazy vision - and the book itself is that kind of ride. Weird, dream-like, prone to bursts of silliness.
It's fun, probably especially for Discworld fans, but in the end it's a bit of a middling book, as it more sets up the world than delivers the story. There are sequels aplenty - so if it catches you, there's lots of places to go on to. But as a standalone, it's more of an amusement than a must-read.
AI Rating: 3/5
Spellsinger is available on Amazon here. 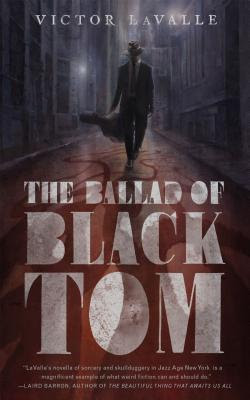 The Ballad of Black Tom, by Victor LaValle
I've always loved the Cthulhu Mythos created by HP Lovecraft, but let's face it, the author was a racist and some of his work is particularly egregious in that regard.
It's intriguing then to see Victor LaValle take that work and turn it on its head, making it an examination of the racism of the time as much as an exploration of the cosmic terrors just a blink away from our world.
Charles Thomas Tester is a hustler, trying to get enough money to feed himself and his dad, who got used up and cast on the junk heap by the job he gave his youth to. Tommy tries whatever he can to get ahead in a time when black men aren't allowed to get ahead. That means dealing with racist cops and a society where he has to protect himself every single day. Then he gets a gig offer for a job that pays far too much to be safe, and too much to turn down whatever the risk. It opens the door to a world of darkness, and in Tommy tumbles.
This is a book of two halves, the first told from Tommy's perspective, the second from an investigator hot on the heels of the legendary Black Tom and his employer. It's also a retelling of Lovecraft's Horror of Red Hook, one of the most racist of Lovecraft's stories.
It poses tough questions, and shows why someone would choose to tear down a society that offers no place for them.
My only wish is that it was longer. I wanted to spend more time with Tommy in the first half, to get to know him better before the dominoes of his world started tumbling into one another.
In the end, it shows the evils of this world as strongly as the evils of the cosmos, laying one against the other in an invitation to say which is worse.
It's a delight to see Lovecraft's work getting this kind of reinvention - alongside the likes of Lovecraft Country on television, and Premee Mohamed's Beneath The Rising in print. Cosmic horror has never been fresher.
AI Rating: 4/5
The Ballad of Black Tom is available on Amazon here. 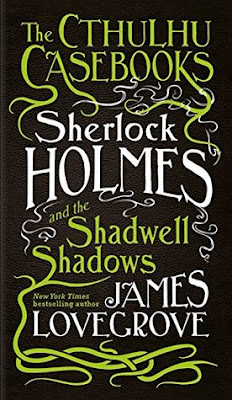 Sherlock Holmes and the Shadwell Shadows, by James Lovegrove
Combining Sherlock Holmes and HP Lovecraft seems to be one of those fabulous fanfic ideas that just cries out to be explored.
It's been done to great success too by Neil Gaiman, who shuffled the two packs of cards together to bring a Britain ruled by Great Old Ones and a gentleman detective investigating the worst only to deliver the most exquisite of twists at the end.
James Lovegrove gives us a less radically altered world, with Holmes and his new-found companion Watson probing a series of murders. Only Watson's history in Afghanistan has brought him an encounter with the unknown, and Holmes has a fondness for investigating the uncanny. It brings them both face to face with eldritch horrors, dream quests and more.
Told in the mannered style of Arthur Conan Doyle with Watson recounting the investigation in classic manner, this is a faithful tribute to the Sherlock tales. It really is a "what if?" pitting Sherlock against the horrors of Lovecraft's imagination. That's good and bad in some ways - it could perhaps have been a bit bolder in its plunge into the horror, rather than slowing things down with Sherlock demonstrating his dazzling intellect by predicting how much coffee the police inspector had drunk that morning.
Still, for fans of both literary universes, it very much hits the spot. Perhaps it brings more smiles of recognition than gasps of horror, but that is probably very much its selling point. The unimaginable has become the comfortably familiar for its fans, so settle in and enjoy.
I listened to the audiobook version, with narration by Dennis Kleinman that very much captures the spirit of Watson, following in the wake of a brilliant man into unknown horrors.
AI Rating: 3/5
Sherlock Holmes and the Shadwell Shadows is available on Amazon here. 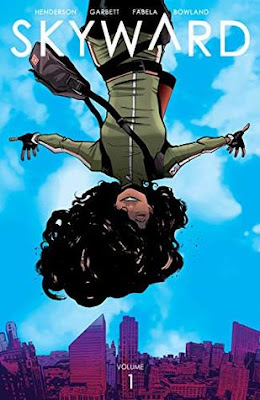 Skyward, by Joe Henderson, Lee Garbett, Antonio Fabela and Simon Bowland
Gosh, I wish this comic would get an adaptation as a computer game. Set in a world where the Earth's gravity shifted to just a fraction of our own, this is a story that very literally turns our world on its head.
Willa is a woman who was just a baby when G-Day hit - taking with it her mother and leaving her with a father who doesn't dare step out of his home, even though he might be the man who could have the key to fixing the world.
Willa herself is just trying to make ends meet as a delivery girl. That can be dangerous work, but it keeps her going, and gets her to see the man she has a secret crush on.
The comic is great at exploring the visual possibilities of a low-G world. I'm not sure of the longevity of the overall story - which of course stretches beyond this initial book - but there's lots of imagination on show. It's slightly reminiscent of Halo Jones in a way - with a girl determined to get out of the humdrum expectations of life in a world that doesn't encourage such endeavour - but brewing up its own flavour along the way.
The first arc finishes in a way where you could leave it there if you wanted. But then again, what could come next? Go on, take a leap.
AI Rating: 4/5
Skyward is available on Amazon here.
Posted by Leo McBride at 13:33