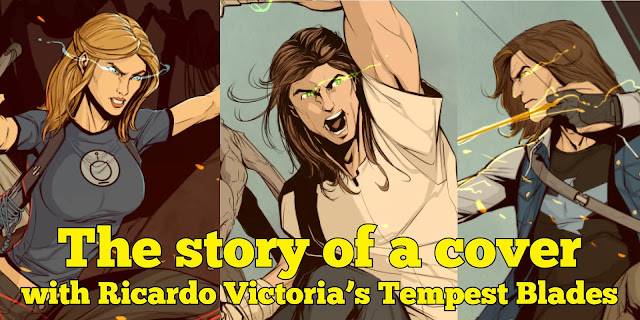 I am beyond delighted to say that regular blog visitor Ricardo Victoria is edging closer to the launch of his debut novel, Tempest Blades: The Withered King. The book is out in August - but the cover has just been revealed. It's a custom piece of artwork by Salvador Velazquez and Ricardo has called by the blog to talk us through some of the elements. 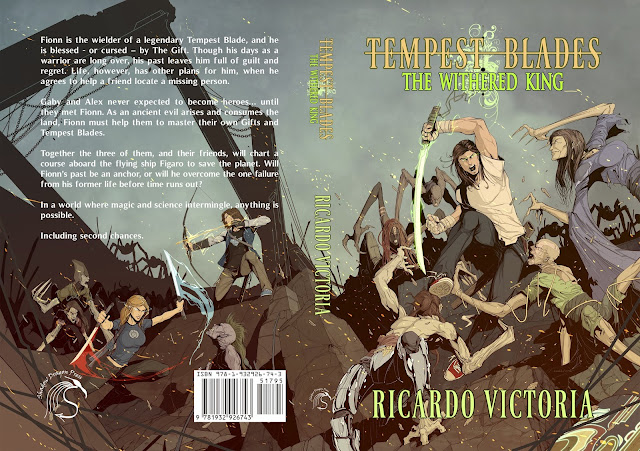 Tempest Blades is an adventure, a saga, a journey of friendship - and the characters from the book are featured prominently in action on the cover. So who are they? Ricardo introduces us... 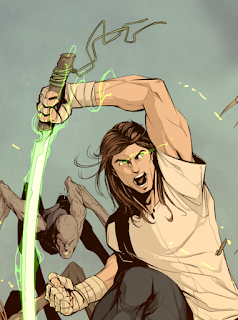 The Greywolf
"The past is a lesson, not an anchor."

The first main character of this novel is Fionn Estel. The story is told mostly from his point of view. He is a retired war hero and legendary swordsman who is just coming back to the present time after being “indisposed” for the better part of a century.
Fionn is still dealing with regrets and pain from an event of his past – which is related to the main crisis in the novel - and trying to restart his life. He is burdened by his past but must also train the next generation if they have any chance to defeat their foe, something he is reluctant to do. But doing one of those things could help with the other.
He is the most famous user of the Gift that empowers his healing abilities and his Tempest Blade is Black Fang, that of the green glow. 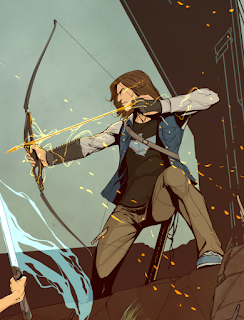 The Inventor
“The present is a gift, not a test.”

Alex is the second main character of the novel, and the second novel will be told from his point of view, when I manage to write it. He is a genius and an inventor who, with the help of his friends, lands his crazy ideas into functional objects. He suffers from PSTD from the event that gave him the Gift a decade before the story takes place, hence his ‘peculiar’ personality. But instead of letting it brew inside his head, he took the idea of fighting back which has caused him a lot of troubles for his hot tempered personality. He takes advantage of his Gift that gives him electromagnetic abilities to create a collapsible bow that shoots electrified arrows.
His Tempest Blade is Yaha, the first one ever made, of the golden glow. 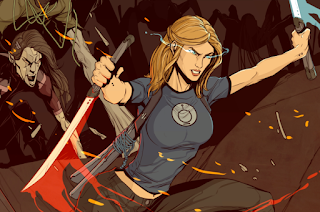 The Dreamer
"The future is an opportunity, not something to fear."

Gaby is the third main character of the novel and the second in command of the team. The third novel will be told mostly from her POV. She has come to terms with the events of her past – including the source of her combat training – and is looking to move forward, trying to put her combat skills to good use and help others. This leads her to cross paths with Fionn.
She is the heart of the team. However she is still wary of letting all her power out due to the fear of losing herself in it. Of the three, she is probably the most accomplished fighter, with only Fionn’s familiarity with the Gift making a difference. She dreams of things to come and can sense when an attack will come, thanks to her own Gift.
Her twin Tempest Blades are Heartguard and Soulkeeper, which have a red and blue glow and are of unknown origin.

Tempest Blades will be released in August. It is available to pre-order at: https://mybook.to/TempestBladesWK 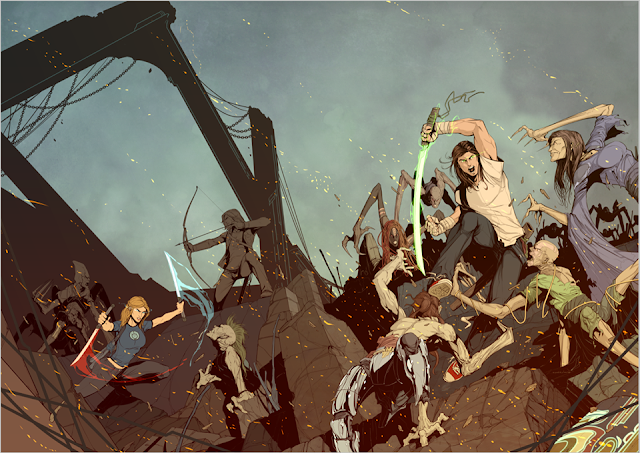