You might be experiencing a moment of deja vu with this week's book reviews - but don't worry, you're not going crazy, it really is the second time that Monkey's Luck has featured, this time reviewed by regular guest Brent A Harris. After his review, catch up with my latest review, including a world record attempt! 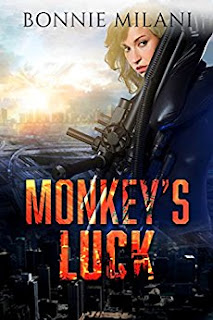 
Monkey’s Luck is the 3rd Novella set in the Universe of Milani’s Homeworld. She’s a fantastic writer, and the backdrop she has created is so compelling and well-constructed that I’ll read any story set in it. So, I was thrilled to start reading Monkey’s Luck.
Kat’s ship is blown apart by a Lupan attack. She survives, though the ship is lifeless but for a young boy, Roy and a Lupan Kat assumes was responsible. During her investigation and attempt at rescue, many of her assumptions are called into question, forcing her to reassess her prejudices, her orders, and eventually, her own loyalties – if she can survive her unfortunate bout of Moneky’s Luck.
While I tremendously enjoyed this story, I’ll say that the developing love triangle, if you could call it that, was the weakest part of the story. Lupans have an ability to imprint, to connect monogamously, at first touch. This is more fleshed out in her Homeworld novel and other novelettes but may not be clear to readers of just this story. Furthermore, the connection goes awry, leading to some interesting conflicts and discussions of love, emotion, and relationships. This last part I liked as Milani is never one to shy away from delving deep into her characters, but at times, I felt Kat was curious enough by nature to question events without romantic entanglements muddling her motivation.
That said, I’m really grasping at straws here to find any bone to pick, just so I can present a better balanced review. Milani is a first-rate story-teller who can leave you breathless in the space between the pages. The characters are people you care about, are real and fleshed out, and the pacing and action make this a fast read that will leave you looking for more of this Universe.

Review by Brent A. Harris 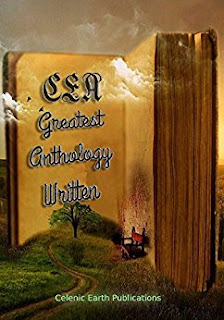 Greatest Anthology Written, by Celenic Earth Publications
It's not often I review a world record attempt. But here we have the Greatest Anthology Written, a bold claim indeed!
The greatness the book aspires to is to be a Guinness World Record holder for the biggest anthology published. There are more criteria than just size, however - it must achieve a certain quantity of sales in order to be considered.
But it's not just a case of never mind the quality, feel the width! Indeed, there are some delightful tales in here. One aspect of the book is that it gathers up very different genres, so here you'll find romance and sci-fi, fantasy and thrillers all rubbing shoulders with one another - although all neatly organised into sections so genre fans can find the tales they love.
One nice side effect of this is to lead you to read stories outside the genre you might ordinarily read, though. Indeed, the romance section - which I'd normally skip straight past - included some great stories, such as An Heirloom Spirit by Molly Neely, and the delightfully enchanting Only Improbably by Leonie Harris.
So godspeed, anthology, go nab that record. And readers? Think of this as a great chance to discover a whole host of new writers. 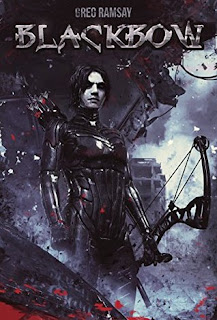 This is a post-apocalyptic novel, which starts off with a cryogenically-frozen abusive rapist warrior knight Prime Minister of Canada. Yup, you read that right. The PM is inside a vault, Fallout-style, to survive the nuclear armageddon. You can tell it's Fallout-style because the author tells us that it's like the vaults in Fallout. Yes, it's a bit on the nose.
When the PM emerges from cryosleep, his thoughts turn straight away to rape, and so is conceived the hero of the story.
This is a grim, graphic and relentlessly angry novel, to the extent that the dialogue is ripe with swearing and frequently conducted IN ALL CAPS SO YOU REALLY KNOW THEY'RE ANGRY. I don't mind guts and gore in my stories, being a reader of splatterpunk at times, but this is just gratuitous.
The plot is underdeveloped and the hero implausibly capable yet routinely makes foolish decisions in this world of rundown settlements and menacing mutants. Throw in the occasional lurch in tenses and the whole thing becomes something of a trudge.

Editor's note - the book appears to no longer be on Amazon, so here is the link to it on Goodreads 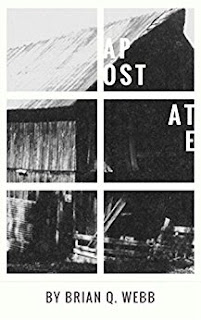 Just a short story this one, but boy does Brian Q Webb pack in the atmosphere of a film noir version of the old West. The lead character is on the trail of a Pinkerton detective, who is himself on the trail of the main character's wife, snatched away by a shady ranch-hand. That trail passes through a world of Mormon missionaries, bribeable barkeeps and saloon prostitutes.
The atmosphere of the story is great, hinting at gothic horror in the mix, and coating every silver lining with the grime of gold miners' dreams and the dust of the road.
My only complaint is that it all wraps up a bit too quickly - it would have been nice to spend some more time in this world.

I must not start another comic book review by saying that I've always been a fan of the character.
...I've always been a fan of Moon Knight, especially harking back to the days when Bill Sienkiewicz was the artist. The character, it's probably fair to say, has long had an uneasy time of things, with his multiple identities - and sometimes personalities - muddying the waters of his stories at times.
Jeff Lemire comes at this head-on, with Marc Spector trapped inside an asylum, where he struggles to work out what is real - and who.
He faces friends from the past, and comes head-to-head with his own identities - the taxi driver Jake, the movie producer Steven, the warrior battling werewolves on the moon. Reality is fluid here, and it would be easy to get lost in where the story was going - but Lemire's storytelling is expert.
The story has no major connection with the rest of the Marvel Universe, so it can be read as a standalone, and it's a rare superhero saga that grapples with mental illness, the nature of sacrifice, and, perhaps, redemption.